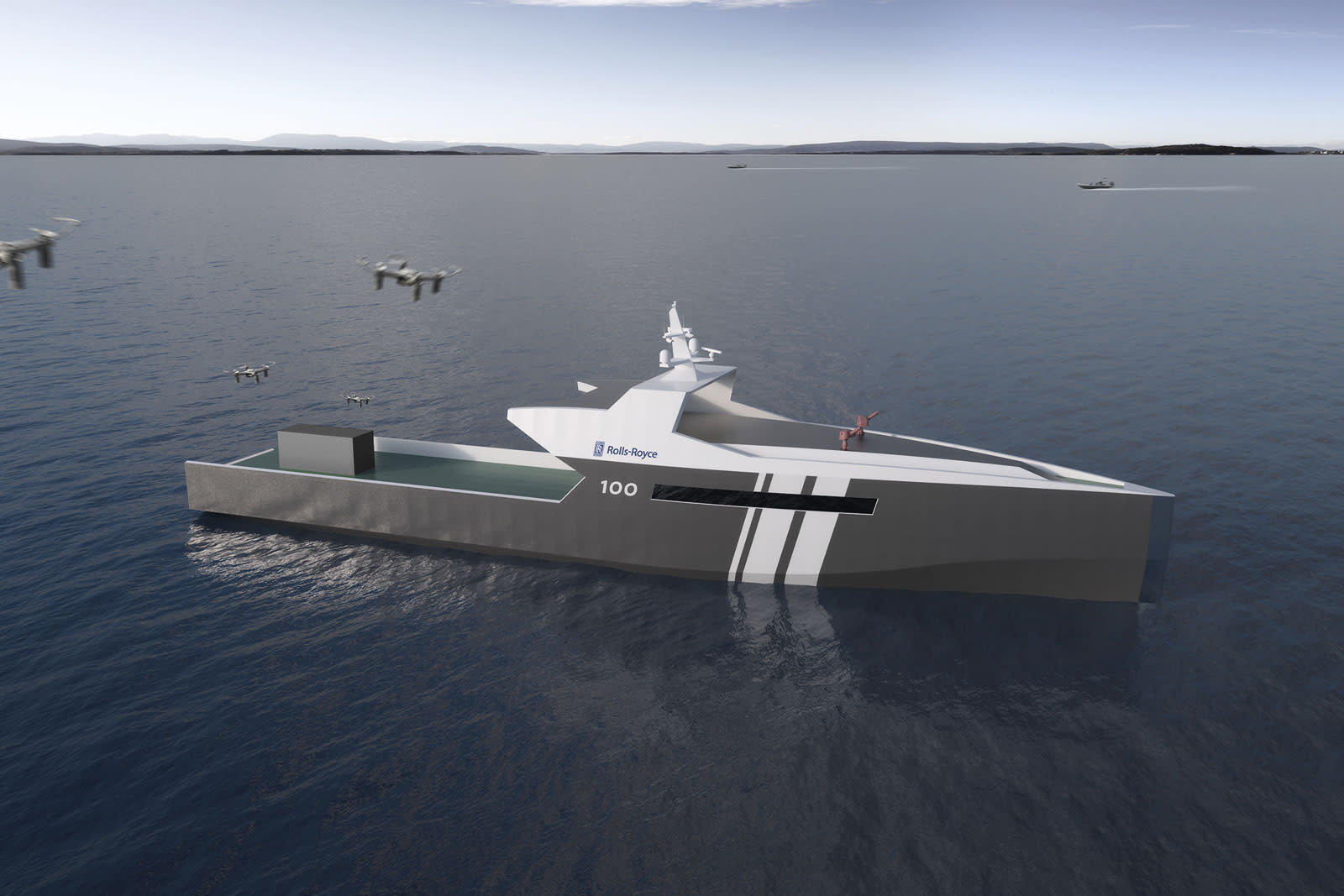 Patrol ships are necessary to protect coastlines and fleets, but they're far from ideal right now. You need big, bulky vessels, and the human crews are either faced with the tedium of an uneventful trip (if they're lucky) or threats that a lone ship is ill-equipped to face. Rolls-Royce might have a better way: it just unveiled plans for an autonomous patrol ship that would eliminate many of these headaches, and would even be relatively eco-friendly.

The ship will use a combination of artificial intelligence and sensors to get around instead of a crew, with modular systems letting it change roles between missions (for example, a drone launching pad). This should not only let it operate for long stretches (up to 100 days) without subjecting humans to risk or sheer boredom, but allows for a smaller design that's cheaper to run. You don't need crew quarters or food supplies, after all. It wouldn't have the ability to fight back if attacked, but it would use a "full electric" 1.5MW propulsion system that could help it stay undetected if it's tracking a submarine.

That electric power will have a few perks beyond stealth. The propulsion and the two generators (which put out a total of 4MW) are better for the environment, as you might expect. Rolls-Royce even plans to equip the boat with solar panels and 3,000kWh of energy storage to keep it loitering for as long as possible. Moreover, electric motors are more reliable -- rather important for a ship with no mechanics aboard. It's not the fastest ship with promised speeds somewhere "above 25 knots," but it's only really meant for sounding the initial alarm and quiet surveillance, not chasing after fast-moving cruisers.

The catch is that Rolls-Royce hasn't named any customers. The unveiling is as much about attracting business as it is anything else. With that said, it's easy to see navies and coast guards snapping this up. Instead of having to crew every single ship in their fleets, they can reduce the costs and dangers by having robotic ships on the vanguard. Crewed ships would only need to enter the fray if it turns out to be a serious enemy who's undeterred by the mere presence of a scout.

In this article: autonomous, boat, electric, gear, patrol, reconnaissance, robots, rolls-royce, ship, transportation, vessel, wargadget
All products recommended by Engadget are selected by our editorial team, independent of our parent company. Some of our stories include affiliate links. If you buy something through one of these links, we may earn an affiliate commission.