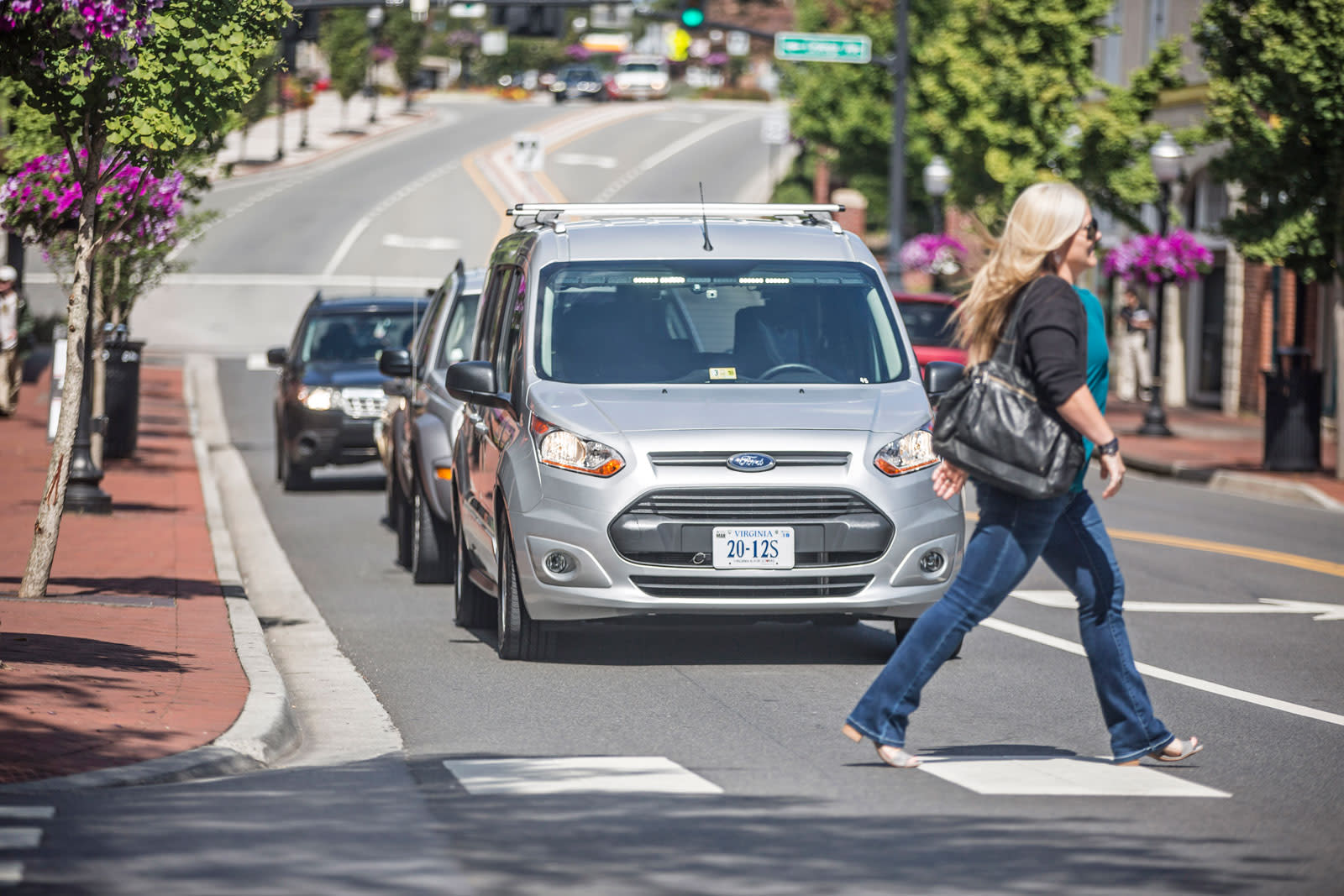 Here's a question: how does a self-driving car reveal its intentions to you without an audio cue? Humans can gesture when they let you cross the street, but autonomous vehicles don't have that luxury. Ford and Virginia Tech think they have the answer. They're testing a communication method that uses light signals from dedicated strips to indicate what self-driving cars are doing. If a driverless machine is yielding, for example, it could flash two white lights side to side. Ford has also developed cues for launching from a stop (a rapidly blinking white light) and an autonomous mode (a solid white light).

Ford chose this method in part due to familiarity. People are used to lights on cars, so it's not a stretch to use them to indicate intent. And it's learning this through first-hand experience on the streets. The automaker and Virginia Tech are collecting data on reactions by driving Transit Connect vans modified to look like they're driverless (human pilots even disguise themselves as car seats) and record video from every direction to garner reactions.

This isn't just a theoretical exercise. Ford is talking to multiple industry organizations and standards groups about formalizing these light signals so that every self-driving car could use them. And no, it hasn't forgotten about the visually impaired -- it has a separate project that would alert pedestrians who can't see the signals. There's no certainty that light signals will become ubiquitous, but conversations like this will likely be necessary as self-driving cars enter the mainstream and regulators call for safety measures.

In this article: autonomous, ford, gear, robots, self-drivingcar, transitconnect, transportation, van, vehicle, video, virginiatech
All products recommended by Engadget are selected by our editorial team, independent of our parent company. Some of our stories include affiliate links. If you buy something through one of these links, we may earn an affiliate commission.