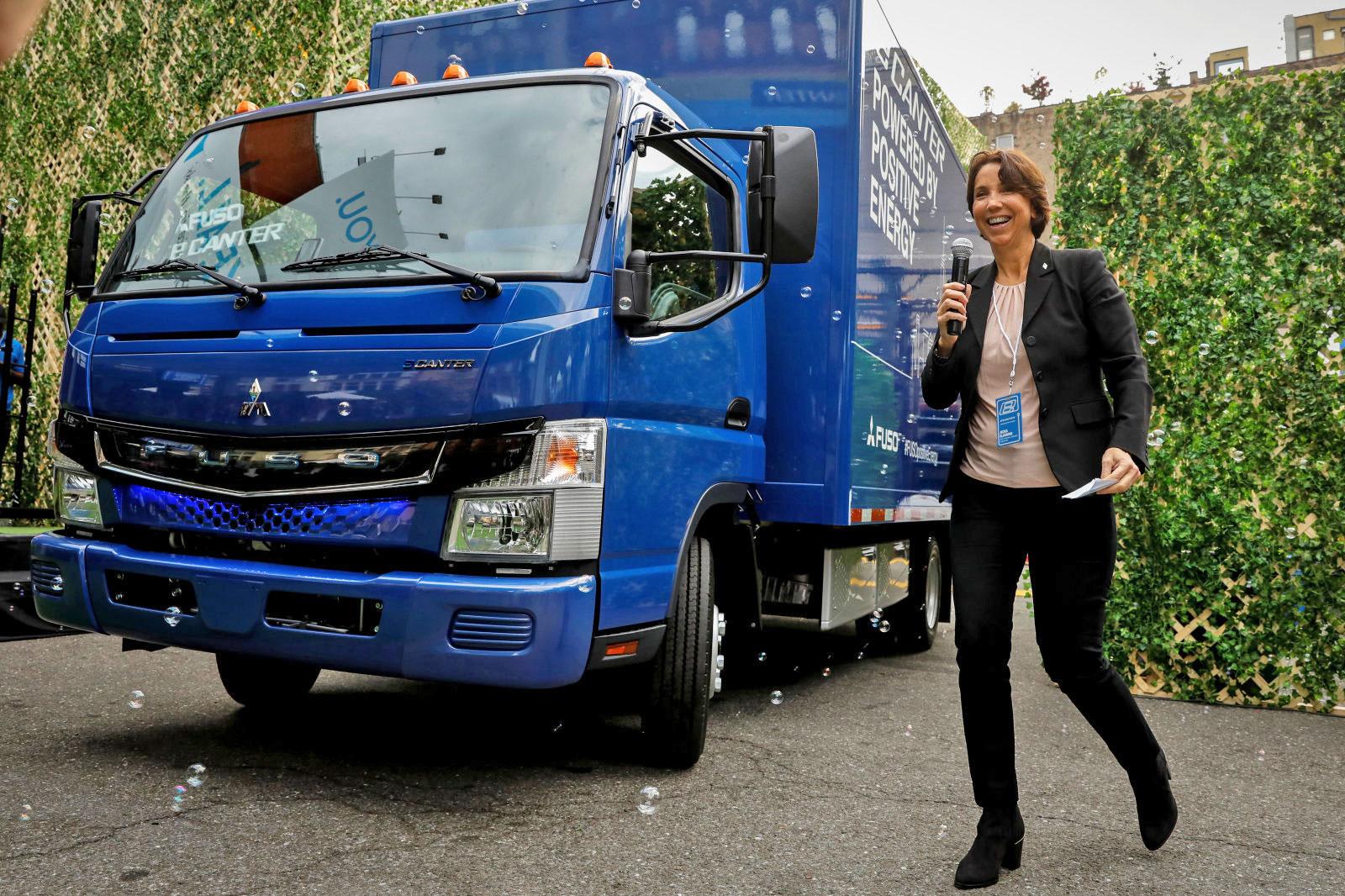 Tesla's long been teasing the unveiling (with test rides!) of its electric big rigs next month, and other companies in the auto industry like Cummins and Mercedes have made sure to introduce their own EV truck initiatives. Today, Daimler announced that it's bringing its smaller Mitsubishi Fuso eCanter trucks to the US, starting in New York City.

UPS will get a trio of the trucks, while four non-profits will split eight other vehicles. But Daimler isn't planning a big rollout. The company is capping total sales of the eCanter at 500 vehicles for the first two years of production as it waits for battery technology to improve, but the company's partnership with StoreDot might see the Israeli company's fast-charging technology integrated with Mitsubishi's smaller truck.

Currently, the eCanter only gets about 62 miles on a full charge, though the smaller vehicle and its 10,000-lb load limit is really meant for deliveries within cities, not long hauls between them. Larger Class 7 electric trucks are coming, and Daimler Trucks' Asia chief told Reuters that the company might show off another big model in December.

Sure, the other automakers might have stolen a bit of Tesla's thunder by announcing early, but we'll see a real comparison once all the trucks have been unveiled. Cummins' models, for example, only have a range of 100 miles -- which is half or a third as far as Tesla's 200-300 mile limit. Those still pale in comparison to diesel trucks' average 1000-mile range, but that lead will likely shrink as battery technology improves. Once that happens, Daimler will ramp up production in 2019 on vehicles that can outrange its current short-run eCanters.

In this article: Daimler, ElectricTruck, ElectricVehicle, gear, TL18TRK, tomorrow, transportation, trucks
All products recommended by Engadget are selected by our editorial team, independent of our parent company. Some of our stories include affiliate links. If you buy something through one of these links, we may earn an affiliate commission.