What's next for NASA as Cassini's mission comes to a close

The space agency has almost too many celestial bodies to study

After nearly two decades in space and 11 years studying Saturn (and its myriad moons), the Cassini spacecraft ended its mission at roughly 6:30 am Eastern on Friday when it slammed into the gas giant's suffocating atmosphere. It was an auspicious end for the $3.4 billion spacecraft, argues Curt Niebur, the program scientist for Cassini at NASA headquarters. "I find it exhilarating, myself," he said. "Instead of just crashing it into something and saying we're done, we're actually going after science questions that we never intended Cassini to answer. And we'll be able to address those. It's fantastic."

Any melancholy felt in the JPL mission-control room while Cassini hurtled to its demise at 70,000 MPH, was short-lived. However, as with virtually every planetary mission that NASA conducts, Niebur does wish that some elements had played out differently. "The first thing you realize on every mission you do," he explained, "is that once you get there and get your first measurements taken, is you wish for better instruments."

There's a significant lag between the state of the art when a mission launches and when it finally reaches its celestial destination years later. Instruments used for the Discovery missions -- NASA's bread-and-butter expeditions throughout the solar system -- are usually between five and eight years old once they start taking readings. And, given the rate of technological advancement these days, five to eight years is an eternity. 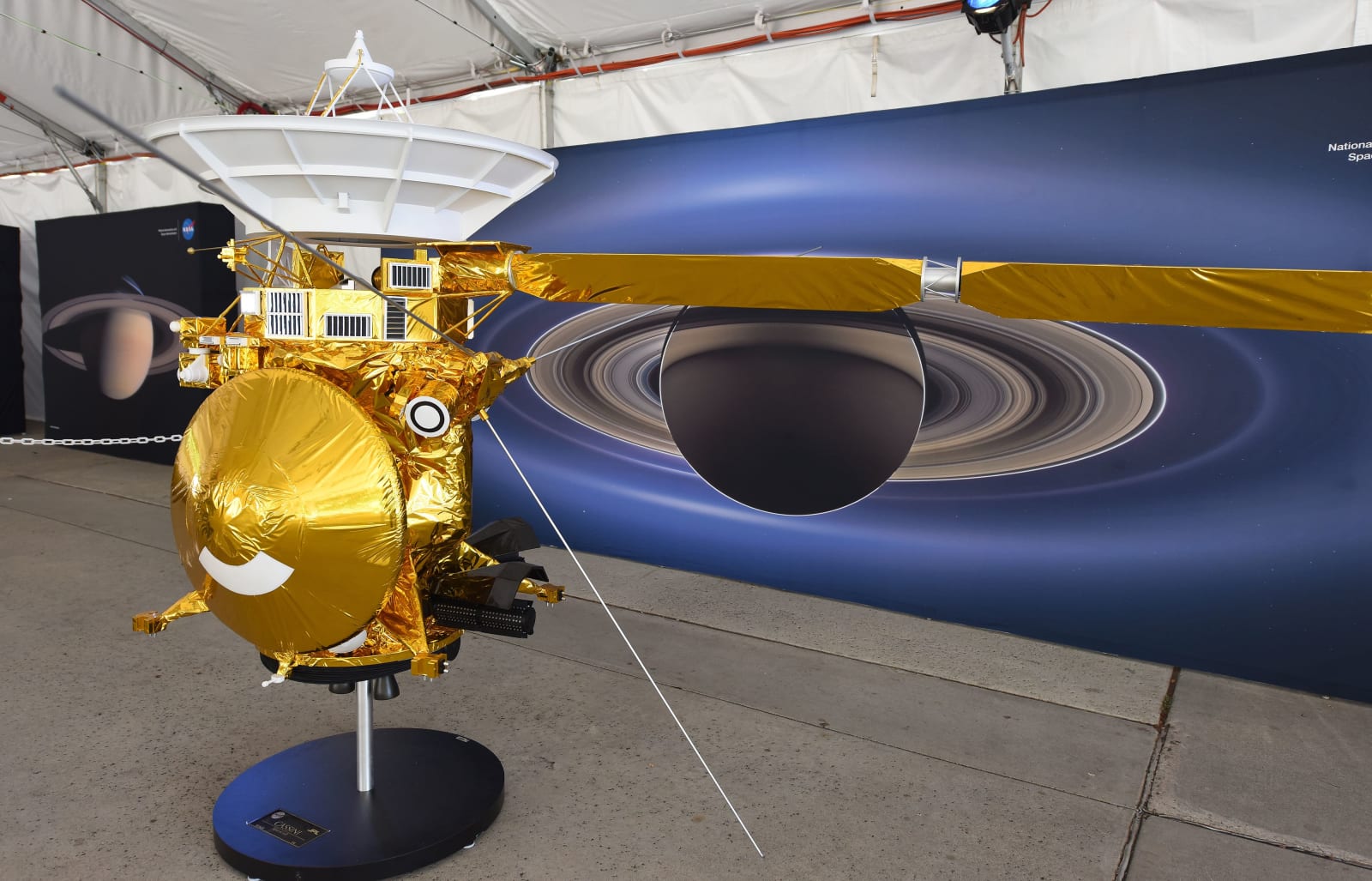 Second on Niebur's list: more data. Just as with cowbell and Blue Oyster Cult hits, NASA can never have enough data. "Like on Titan, we still don't have 100 percent coverage of Titan. We're missing half of it, he explained. "We've only done fly-bys -- now, we've done over a hundred of them -- but a hundred fly-bys and all you cover each time is a strip of a noodle. Paste all those noodles together you still don't cover the entire globe."

Luckily, it won't be long before we're back investigating Saturn's largest moon. There's just so much to do there. "The things we've discovered are exciting enough that they definitely justified new missions," Niebur said. "You can send any mission you want to Titan. It's that great a place. Submarines, boats, helicopters, airplanes, rovers -- anything. It all works on Titan." Titan, as well as its smaller lunar sibling Enceladus and Saturn itself, are all on the approved list of targets for the next New Frontiers mission which is scheduled to launch sometime in 2025.

But will we really have to wait until the end of the next decade (assuming it still takes the same amount of time to reach Saturn and its moons that Cassini did)? Unfortunately, yes, says Niebur. Solar panels and ionic thruster drives are great but solar only works within a certain proximity of the Sun (hence Cassini's RTGs) and ionic thrusters take forever to get up to speed. The recently selected Discovery mission, Lucy, will leverage an ionic engine when it inspects "trojan asteroids" circling the sun. "It actually goes to one side of the sun to visit some trojans and then goes to the other side of the sun to visit others," Niebur explained. "And if we were doing that with wet propulsion, it'd never work but with electric propulsion and one small xenon tank, it can go back and forth. It's not quick but they have the ability to do it."

Gravitational assists, such as the one used by Cassini to slingshot to Saturn, however, are far more effective. "Nothing beats a gravitational assist," Niebur said. "Getting a free boost, that is the ultimate in efficiency. You know the Voyager spacecraft are the fastest things out there, and that's because they've done so many gravitation assists. We could have never got them going that fast."

Indeed, every time these ships spun through Jupiter, Saturn, Uranus and Neptune's gravity wells, they picked up 20km/s of delta-V (ie, speed) -- for free. "We can never fit that much gas in a rocket" to accomplish the same, Niebur said. Potentially the only system that won't have to rely on gravitational assists is the upcoming SLS. When it launches carrying the Europa Clipper around 2022, it should be able to reach Jupiter on a direct trajectory in under three years. 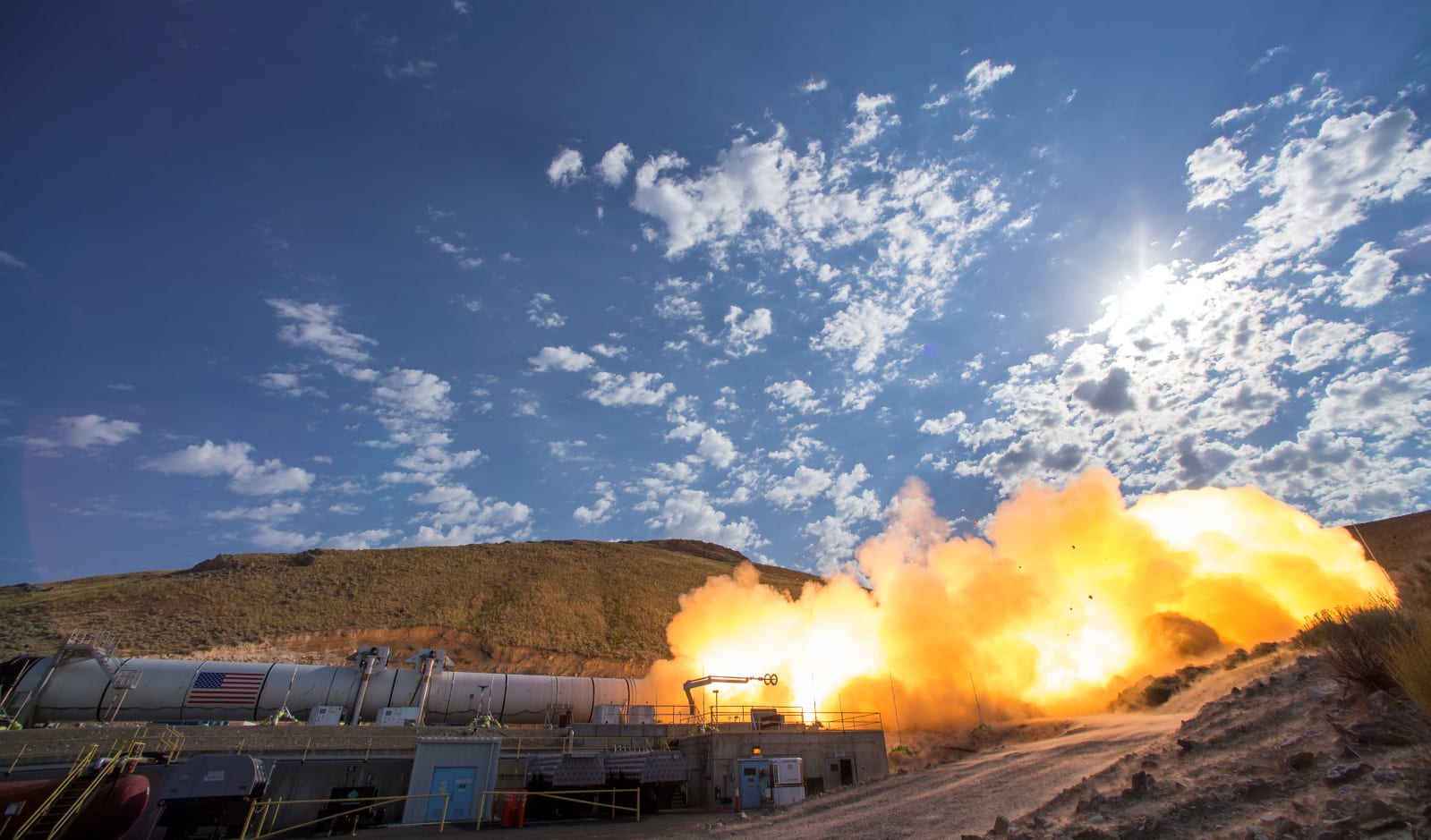 That's a massive improvement over today's propulsion systems and has been a long time coming. "Every mission builds upon the previous mission. That's just the limitation we're operating under," Niebur said.

"A lot of times people come in and say, 'You know, let's just skip all those steps and go for the brass ring,'" he continued. "That sounds very dramatic, and it's very tempting. But it's also the wrong way to go about doing this."

That's namely because we aren't talking about spending two months coding a mobile app. These missions require decades of design and development, not to mention hundreds of millions, if not billions, of dollars of investment. "You don't want to make that kind of gamble and get there and realize, whoops, I brought the wrong toolset," Niebur explained. "You'd feel pretty stupid if you went to Mars with a boat. But you'd feel right at home if you did that on Titan."

But before we set out exploring the solar system again, Niebur sees a couple of key technical challenges that must be overcome. "One of the most pressing and universal challenges is power generation," he admitted. "Whether it's a solar nuclear or what have you, every mission we do needs power." Because of the limitations in battery and solar collection technologies, NASA is routinely forced to use the lowest-power scientific instruments that it can find. "On planetary missions, we're always power-starved because we are always very concerned about mass," he continued. "Most of our payloads take less than 50 watts for everything, which is ridiculously small. So power generation is a universal problem." Niebur also sees a need for smarter and more independent spacecraft -- specifically, what he refers to as "Autonomous Landing Hazard Avoidance Technology (ALHAT)" -- which is what is installed on NASA's prototype lunar lander, the Morpheus. For example, on the MER mission, the lander had a target zone 100 miles long by 20 miles wide. You just "pop a parachute and hope for the best," Niebur quipped. However, for the Mars 2020 mission, the rover will be able to survey the ground below it and make adjustments to its landing path while it's still falling through the Martian atmosphere. "If you can get a pinpoint landing that avoids hazards, that means you can land safely anywhere in the solar system -- you don't have to wait until you've completely mapped that body."

This won't be a fully-formed AI, mind you. The system won't take the initiative to select and deploy to the landing zone of its choice. Instead, it will function under a "supervised autonomy" scheme wherein the system's algorithms present decision trees to mission control and wait for humans to make the call.

That's not to say AI won't eventually find a role in space missions. "There's there's definitely room for that, because a lot of the observations we take don't require a lot of creativity," Niebur explained. "But I don't think we're anywhere near the point where that element of creativity that you get from humans, the intuition of insight, can be captured by a computer."

He also hopes that our communications systems mature more rapidly because radio data transmissions just aren't cutting it anymore. "As an extreme benchmark when New Horizons gets to MU69," he said. "You're talking about bits to kilobits per second for your downlink."

Even dial-up connections put that data rate to shame. Laser transmission, however, would create data pipelines magnitudes of orders larger than radio. And with that extra bandwidth, researchers would be able to investigate cosmological phenomena far more thoroughly.

"As scientists we never have a problem filling up the bit bucket no matter what size the pipeline is, we will fill it," he said. "It's always more of a challenge to constrain the data we take to fit in the data downlink."

And while NASA has been firmly focused on its low and mid-level missions, Discovery and New Frontiers, respectively, Cassini will not be the last flagship-class project that the agency undertakes. Turns out that these marquee missions are only taken up when the need arises. Specifically, "when, in working with the science community, we identify targets and missions that are important enough or complex enough." Niebur explained. "That it's beyond the capability of Discovery or New Frontiers to achieve them ... just simply too complex it just fits within the tight resource constraints" of those programs.

There may even be some room for public-private partnerships, though Niebur is a bit skeptical. "There's always room for collaboration on all things. But I think you can't expect a private company to undertake exploration for the sake of pushing back the boundaries of human knowledge," he said. "At the end of the day, they're there to make a profit; they're selling a service. We don't earn any profits or cash for taking pictures of Saturn. We're pursuing science."