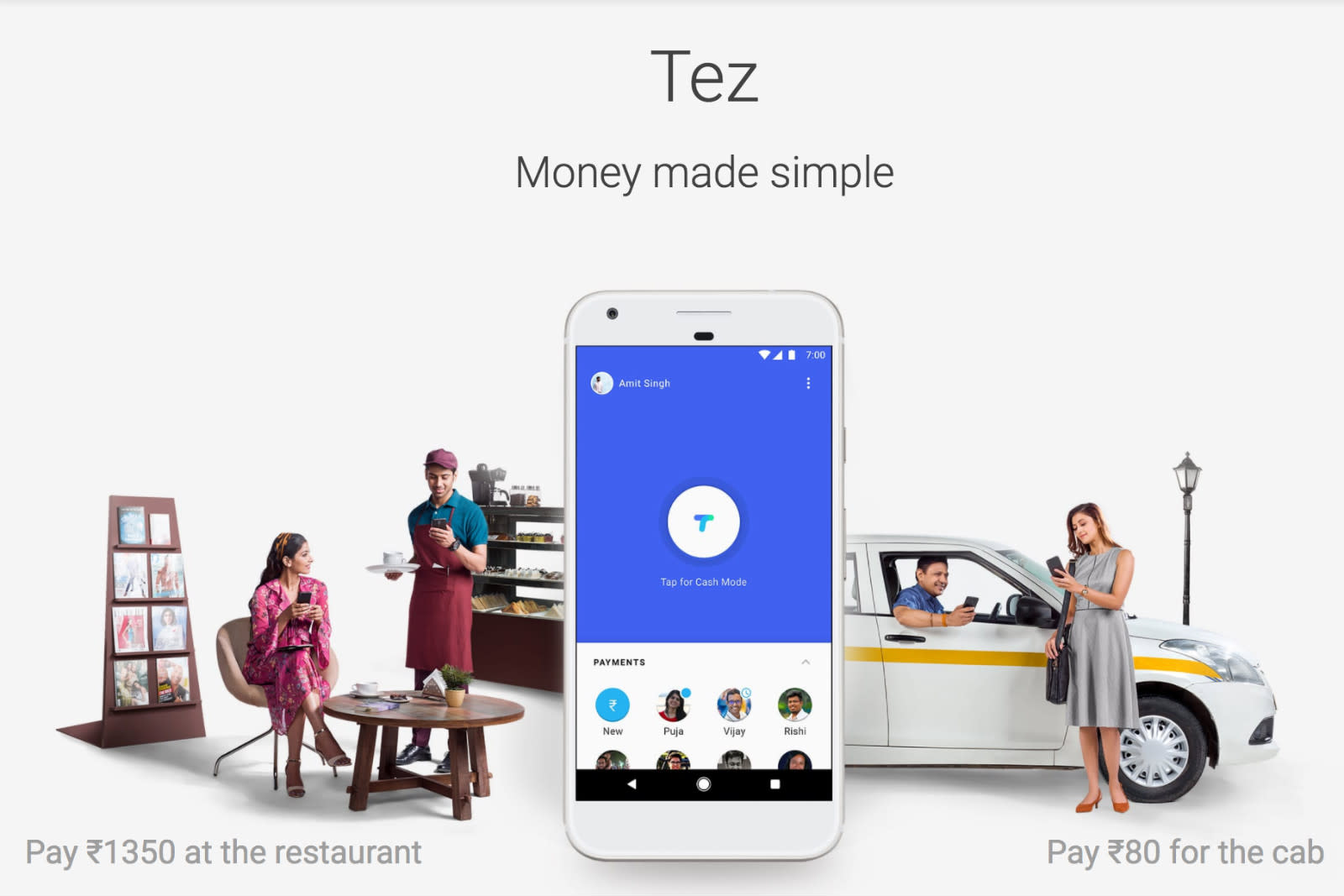 After weeks of rumors, Google has officially released its payments app in India. Tez (Hindi for "fast") is a mobile wallet that seems like a blend between Android Pay and PayPal. Users can link their bank accounts and use it to pay for items in physical stores and online. The app also lets you transfer money securely to nearby users by using sound to pair devices (what Google calls "Audio QR"). Unlike NFC, the tech works on any smartphone in India, whether Android or iOS. And, it keeps your account info private.

Tez currently supports several Indian banks using the government-backed Unified Payments Interface (UPI) for free mobile bank transfers. To get more businesses onboard, Google is introducing a new program for online sellers to integrate the service. Merchants that sign up for "Tez for Business" will also get their own "channels" inside the app, allowing direct access for quick payments and interactions via text. The app's launch partners include a mixture of local transportation, cinema, flights, and cable TV providers. And, Domino's for the pizza crowd. There is currently a ₹1,00,000 ($1,561) limit on daily transfers across UPI apps, and only 20 transfers are permitted per day.

Google is already working on increasing internet and smartphone penetration in India, courtesy of its Android One and Station Wi-Fi initiatives. By its own account, the country's digital payments market will grow to $500 billion by 2020. And, Google evidently wants a slice of the pie.

Although the company claims the app is made for "India first," it could be slated for other Asian countries too. As TechCrunch notes, Google has trademarked the name "Tez" in Indonesia and the Philippines.

In this article: app, gear, google, GooglePay, india, mobile, MobileWallet, payments
All products recommended by Engadget are selected by our editorial team, independent of our parent company. Some of our stories include affiliate links. If you buy something through one of these links, we may earn an affiliate commission.