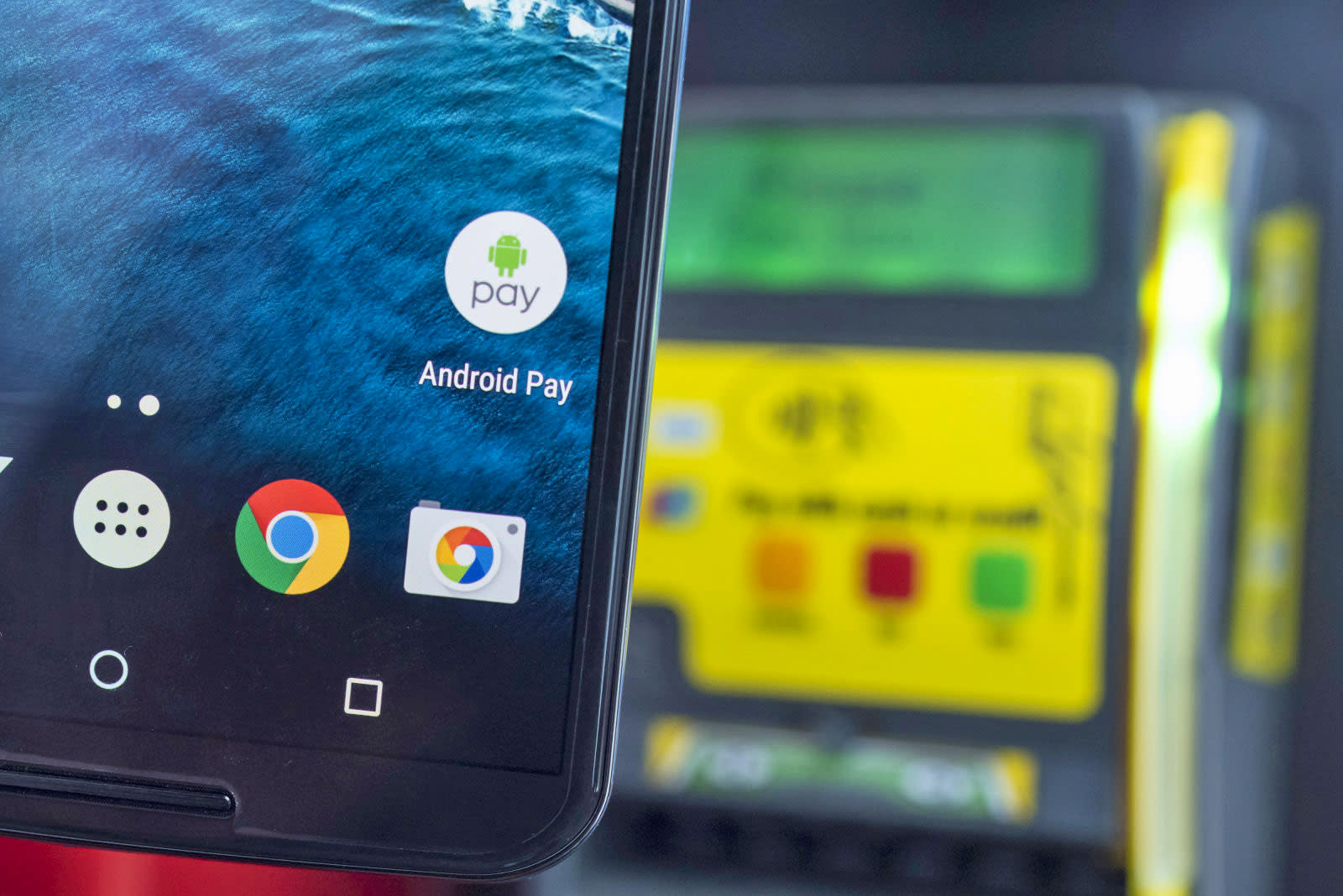 You have to sympathize with Android-loving Canadians. While Apple Pay has been available in the country since 2015, Android Pay has been a no-show -- you've had to pay for your Tim Hortons donuts the old-fashioned way. At last, though, it's here. In the wake of some not-so-subtle clues to the launch (logos have been visible for weeks in some places), Google has started rolling out Android Pay in Canada. It should work anywhere that already offers tap-to-pay shopping, and it'll accept MasterCard, Visa and debit cards from major banks including BMO, CIBC, Desjardins and Scotiabank. Many mobile and web apps will take Android Pay, too. With that said, there are some glaring omissions in support to watch out for.

To start, American Express card compatibility is only "coming soon." That's not such a big deal in Canada, for obvious reasons, but it's notable. Bank support, however, is another matter. At present, there's no mention of Royal Bank or TD cards -- for Americans, that would be like going without Chase or Wells Fargo. Both of those missing banks support Apple Pay, so it's more a matter of missing agreements than any kind of technical limitation.

The addition of Canadian access comes hot on the heels of Russia (which went online May 23rd), and brings Android Pay up to 12 countries. The service is still trailing behind Apple Pay and Samsung Pay in terms of coverage, but Google is clearly making up for lost time when half of its supported countries came aboard in the past 6 months. Although it'll be a long, long time before contactless mobile payments are ubiquitous, the availability gap between services is already small enough that you don't have to be very picky about your choice of devices.

In this article: android, androidpay, applenews, canada, e-commerce, gear, google, internet, mobile, nfc, payment, payments, shopping, smartphone
All products recommended by Engadget are selected by our editorial team, independent of our parent company. Some of our stories include affiliate links. If you buy something through one of these links, we may earn an affiliate commission.