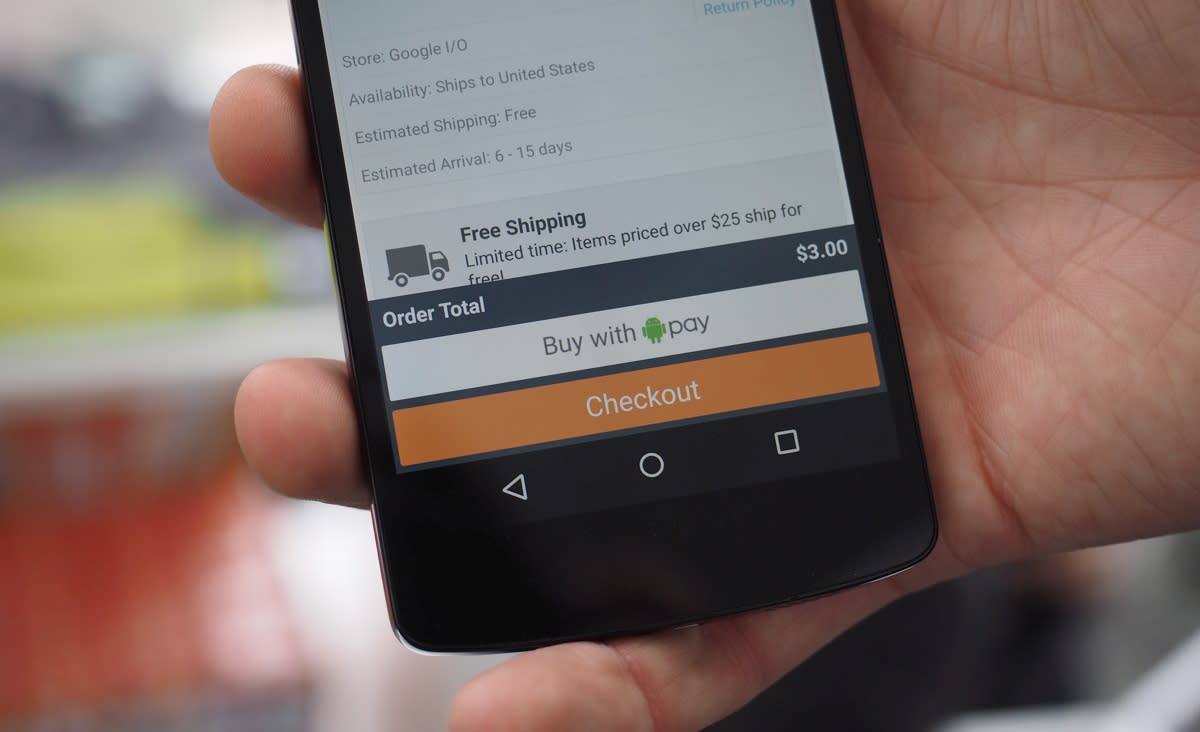 Sure, Android Pay started its slow rollout last week, but with Google's staged distribution you probably didn't have it yet. Now, the Android team has announced it's officially available on Google Play, so if you live in the US, you should have it on your NFC-equipped phone with Android 4.4 or higher, replacing the old Google Wallet app. Just add a card and you'll be ready to tap-to-pay (even if you were already set up with Wallet). Of course, even with the slow rollout, some people have had issues with compatibility, using the app on rooted phones or receiving errant messages about unsupported cards. Some of those may be fixed if you have the latest version of Google Play Services, so check that first, while others like fingerprint verification need Android Marshmallow.

In this article: android, AndroidM, AndroidPay, google, GoogleWallet, mobilepayments, mobilepostcross, nfc
All products recommended by Engadget are selected by our editorial team, independent of our parent company. Some of our stories include affiliate links. If you buy something through one of these links, we may earn an affiliate commission.