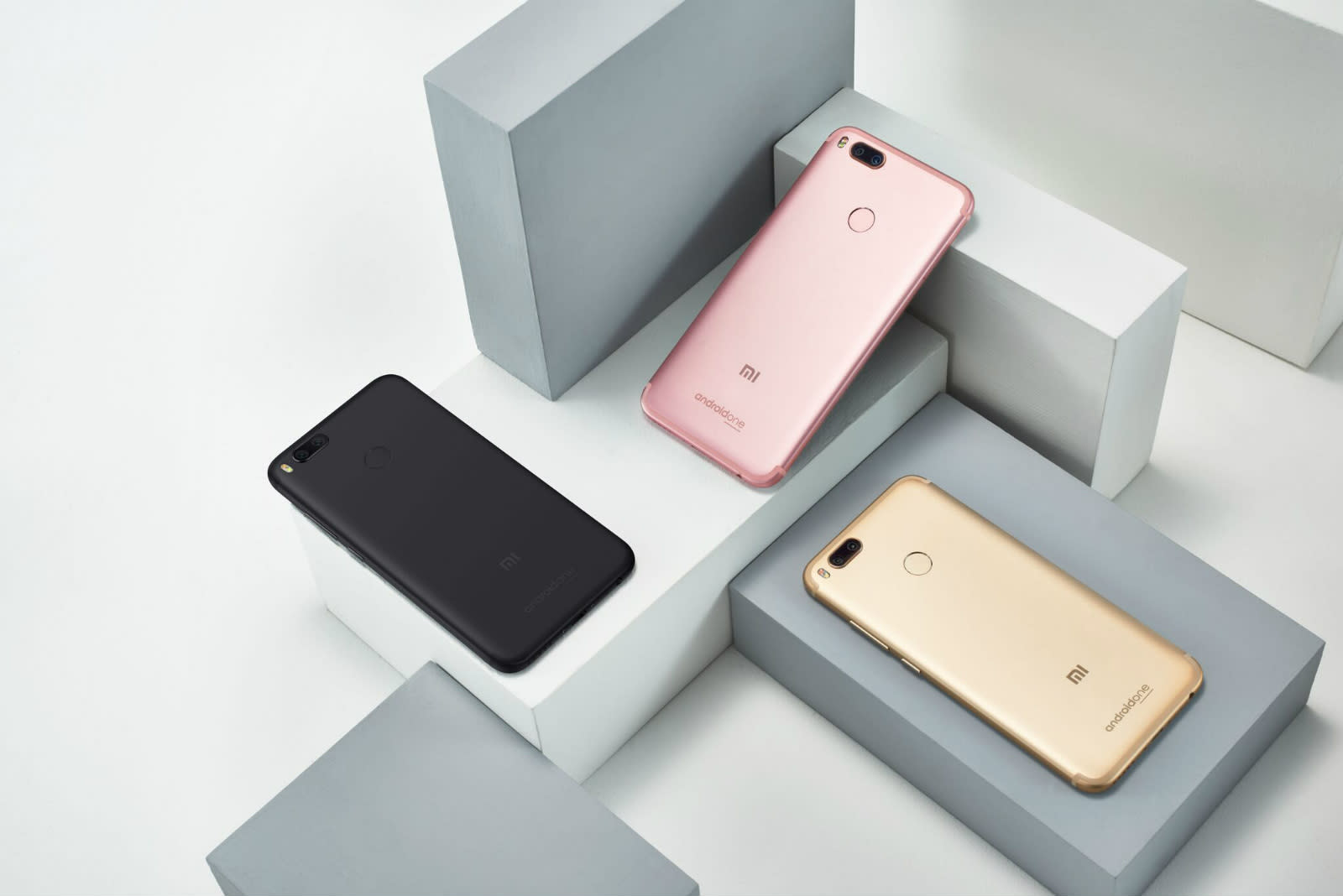 You'd be forgiven for thinking Android One was dead and gone. Google's initiative to bring stock Android to emerging nations through cheap, local handsets roared to life in 2014. By 2015, however, it was already being rebooted, with the tech giant promising to further lower prices. That same year it came to Africa, and is currently available in Japan, Turkey, and the Netherlands, among other regions. Now, Android One is getting fitted with upgraded hardware courtesy of Xiaomi. The Chinese manufacturer's new Mi A1 handset was just announced in India, and will cost $234. That's significantly more than the $50 Android One phones we're used to. The switch to a higher price point indicates a shift in Google's strategy -- as it looks to capture a bigger slice of the world's mobile-first market.

Of course, for that price you get a lot more bang for your buck. Overall, it seems the phone is a variant of the Xiaomi Mi 5X. It boasts the same specs as its older sibling, albeit with Xiaomi's MIUI software coating swapped out for stock Android.

For the uninitiated, the Mi A1 offers a full-metal body and 5.5 inch, full HD display. Its 7.5mm thickness also makes it slimmer than flagship devices, like the Samsung Galaxy S8. It packs a dual camera setup like Xiaomi's own high-end handset, the Mi 6. This includes both a 12MP telephoto and wide-angle lens. The front-facing selfie snapper, on the other hand, comes in at 5MP. Inside, you'll find a Qualcomm Snapdragon 625 processor, 4GB RAM, and 64GB storage (expandable up to 128GB). In terms of looks, Xiaomi hasn't done away with its bezels, like it did with the Mi Mix.

Those specs wipe the floor with other Android One devices. And, of course, the phone will come packing Google's stock OS -- along with a bunch of pre-loaded software, including Google Assistant and Google Photos. Upgrades will also be more frequent (you can expect Android Oreo for the Mi A1 before the end of the year). The same goes for future versions of the OS, such as Android P.

Thanks to the release of Android Go (a special configuration of Android Oreo for low-end phones), it seems Google's plans for emerging markets are expanding. But, as its latest partnership proves, that doesn't mean Android One is being put to bed.

The Xiaomi Mi A1 will also be available in around 40 regions, including Indonesia, Vietnam, Russia, Poland, Hong Kong, Taiwan, Ukraine, and Mexico. Although prices for those counties have not yet been announced. The device lands in India on 12 September.

In this article: androidone, gear, google, mobile, xiaomi
All products recommended by Engadget are selected by our editorial team, independent of our parent company. Some of our stories include affiliate links. If you buy something through one of these links, we may earn an affiliate commission.