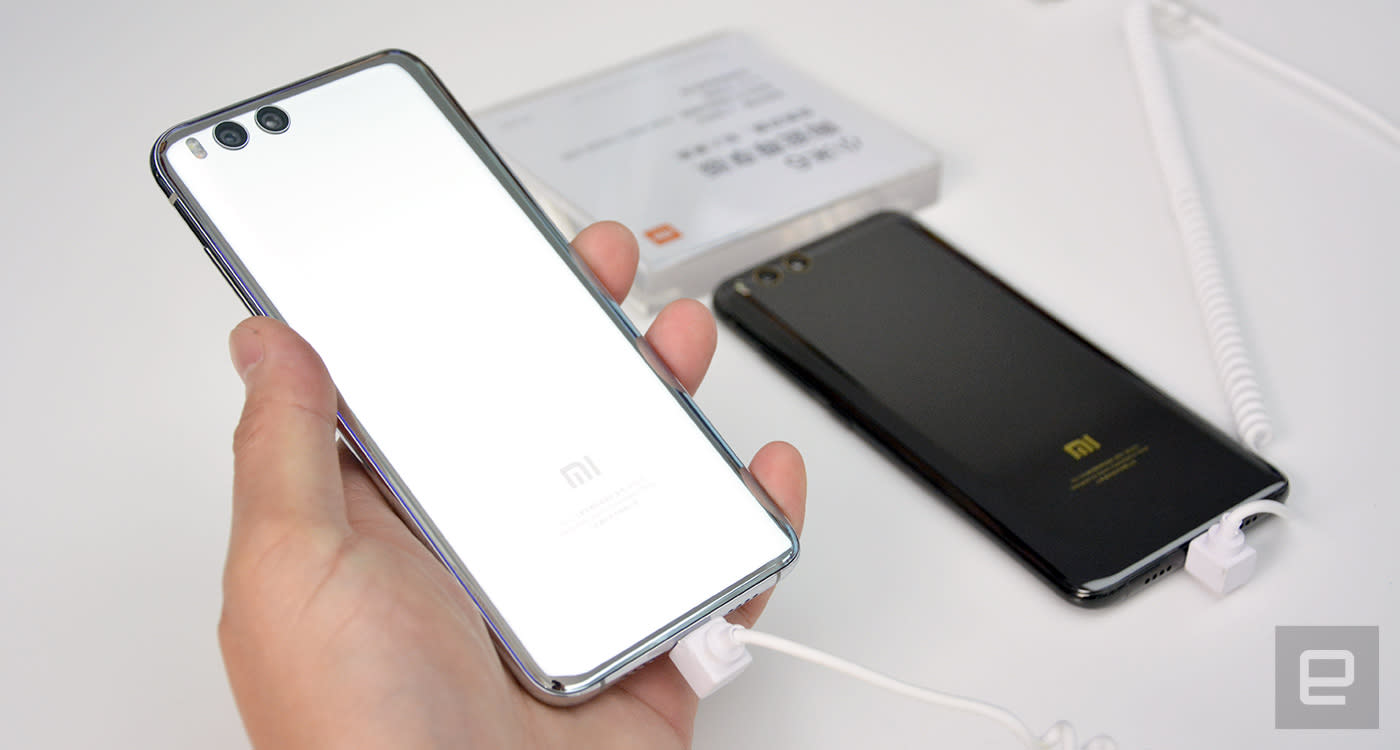 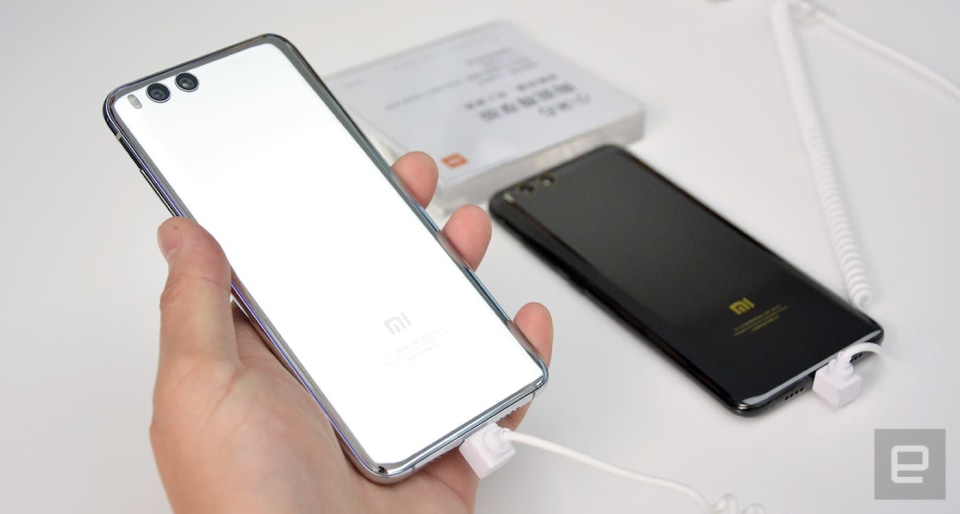 After the swanky limited edition Mi MIX, you'd think it'd be pretty hard for Xiaomi to top that with its next flagship phone, but the new Mi 6 unveiled today still had some tricks up its sleeve. First off, the company has revived the Mi 5's awesome curved glass back design along with a special ceramic edition, and this time it's complemented by a piece of 2.5D front glass panel plus two new color options: metallic blue and glossy silver. To my surprise, Xiaomi has also gone back to the more expensive stainless steel (as used on the Mi 4) instead of aluminum for the mid-frame: not only is it tougher, but it's also more luxurious with that high-gloss finish -- a much welcomed feature on the blue version's gold-colored frame. As per usual, Xiaomi has thrown in pretty much the best essential components for its latest flagship, though this time it's a bit more generous than before. On top of Qualcomm's Snapdragon 835 chipset there's a whopping 6GB of LPDDR4x RAM instead of starting at 4GB, a base storage option of 64GB instead of just 32GB, a denser 3,350 mAh battery and an improved under-glass fingerprint reader on the front (though unlike the one on the Mi 5s, this one is capacitive rather than ultrasonic). Based on the display units at the launch event, the Mi 6 is powered by MIUI 8 based on Android 7.1.1 which is remarkably up to date.

What's more surprising is that the Mi 6 is Xiaomi's first splash-proof device thanks to the added internal seals, though the company avoided the word "waterproof" throughout the keynote. Indeed, the Mi 6's product page states that it has yet been put through such certification tests, so you've been warned. After the Redmi Pro and the Mi 5s Plus, Xiaomi is once again dabbling with a dual camera setup on the Mi 6. Rather than going with the increasingly common RGB + BW sensor pairing, this time Xiaomi has taken a page out of Apple's book to pair a wide-angle lens with a telephoto lens for this 12-megapixel camera: the former has an f/1.8 aperture plus a 1.25um sensor, whereas the latter -- effectively a 2x optical zoom -- has an f/2.6 aperture with a 1um sensor. However, unlike the iPhone 7 Plus, the Mi 6's dual camera is flush with the body; plus its wide-angle lens features 4-axis optical stabilization, meaning it'll take better photos in low-light conditions.

Xiaomi also boasted its latest beautification algorithm which claims to produce more natural looks, and there's also a portrait mode which automatically adds a bokeh effect. As for selfies, there's an 8-megapixel front camera which takes advantage of the new beautification software as well. Much like its two predecessors, the Mi 6 is sticking with the relatively humble 5.15-inch 1080p display spec, which is good news for those who prefer something more ergonomic. It's a nice LCD, too: like before, you get a 94.4-percent NTSC gamut, a brightness ranging from 600 nit all the way down to 1 nit (with 4,096 levels in between), and an optimized blue light filter mode with reduced color cast.

On the audio side, it's worth noting that Xiaomi decided to ditch the headphone jack for the Mi 6, with the reason being it wanted to offer a cleaner look (ugh), which is why you'll find a USB-C to 3.5mm headphone jack adapter in the box. Similarly, there's no fancy DAC chip here to satisfy audiophiles, though the phone does have a stereo loudspeaker implementation -- using the earpiece as one of the two audio channels -- similar to those used on recent HTC and Huawei devices for casual video-watching.

As with pretty much all Xiaomi products, the Mi 6 will only be available in China to begin with as of April 28th, with the 64GB model priced at 2,499 yuan (about $360) and the 128GB flavor at 2,899 yuan ($420). And for an extra 100 yuan ($15) you can get the 128GB ceramic limited edition with 18K gold rim around the main camera lenses; and that still makes it one of the cheapest Snapdragon 835 phones you can buy. Alas, CEO Lei Jun said the silver edition isn't quite ready for mass production; it'll apparently be months before it's finally ready.

In this article: china, gear, hands-on, mi6, miui, mobile, phone, smartphone, snapdragon835, xiaomi
All products recommended by Engadget are selected by our editorial team, independent of our parent company. Some of our stories include affiliate links. If you buy something through one of these links, we may earn an affiliate commission.