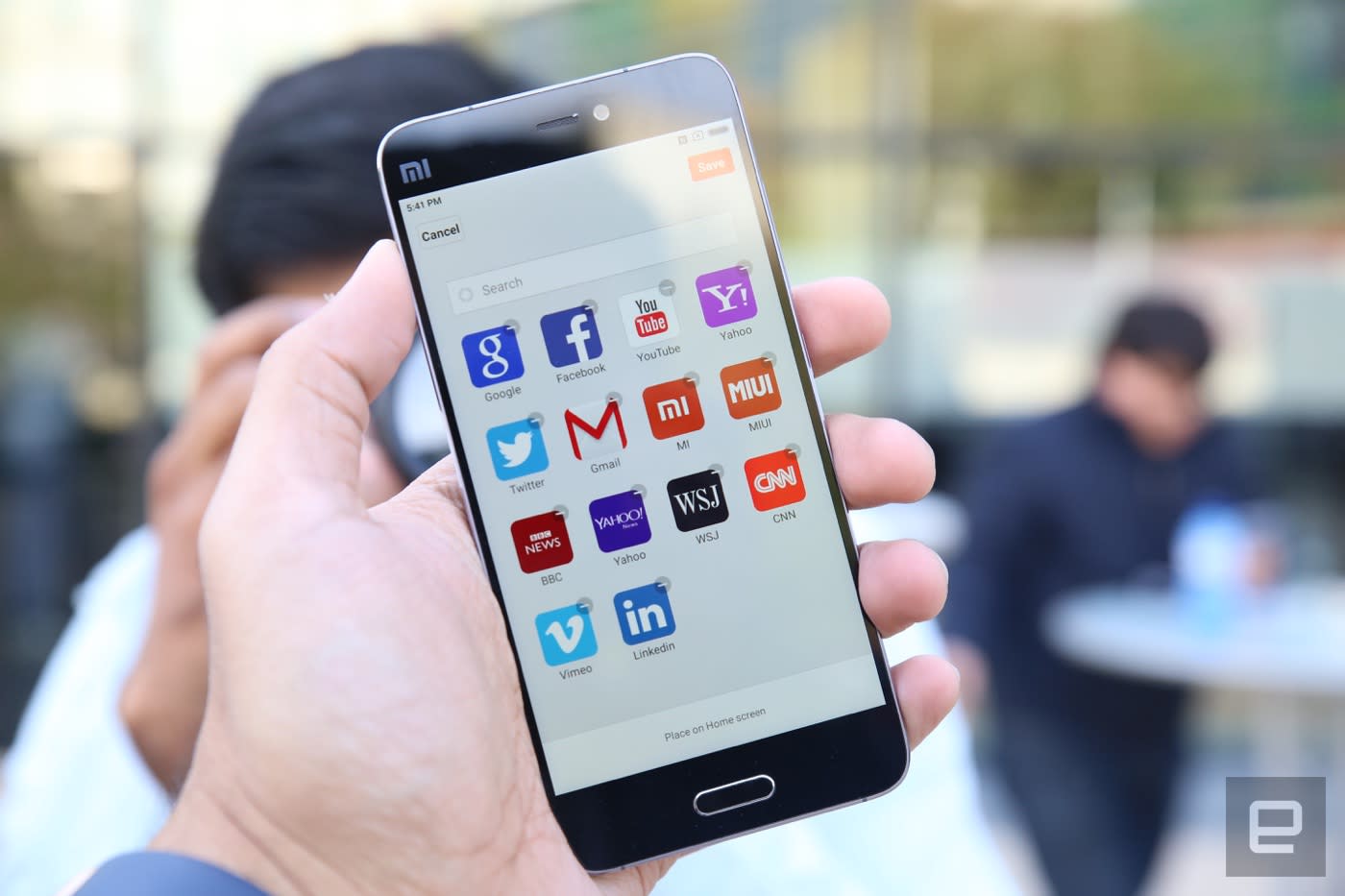 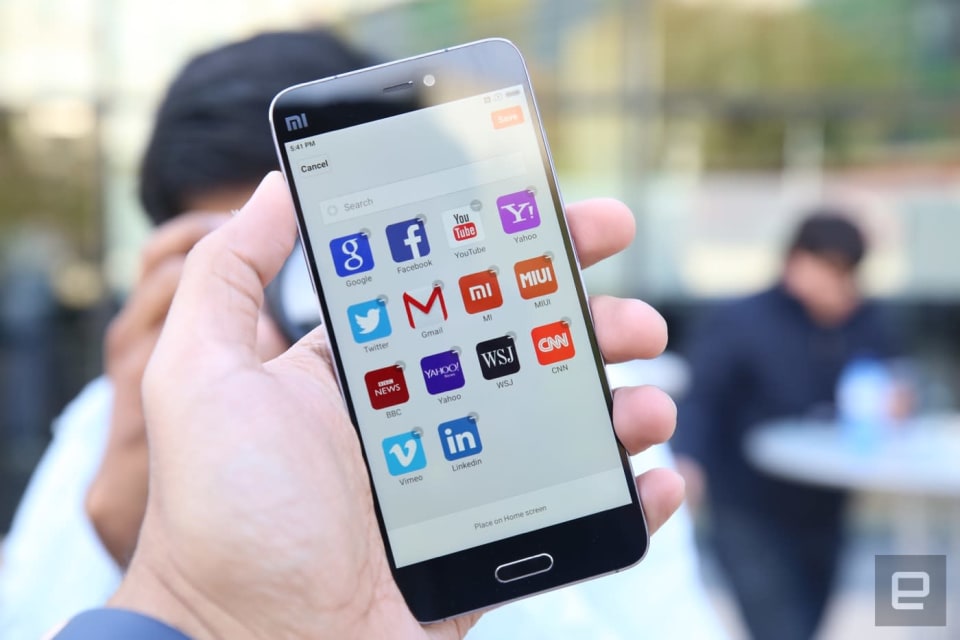 After a few minutes playing with Xiaomi's Mi 5, a thought runs through my head: "I really shouldn't be surprised." The company has found enormous success in its native China, to the point that new allotments of phones sell out in minutes. Since Xiaomi phones have virtually no presence in the United States (or the Western Hemisphere, for that matter), my previous experience with them was limited to fits of fondling in Hong Kong phone shops. Xiaomi just held its first European press conference here at Mobile World Congress and brought new Mi 5s to share, and now — finally — I get the appeal.​

Frankly, it feels like a smaller, lighter Galaxy Note 5. That, for lack of anything more eloquent, is awesome. Xiaomi doesn't seem concerned about capturing the premium heft that comes with all-metal bodies, and that's fine — the Mi 5's mainly plastic body feels sturdy and well-built. My biggest gripe is how damned polished and shiny the non-Pro's rear is; not only will it reflect all the light that hits it, but it's liable to suck your fingerprints off from across the room. Fortunately, there's much less to be concerned about up front. The 5.15-inch 1080p LCD screen seemed bright and punchy even when we took the thing out under broad daylight (to the chagrin of the phone's handlers). While the Mi 4 was a slab of a phone, its successor is sleek, svelte and something I'd be proud to own. Oh, what a difference a few years makes. Physically, there's little about this package to complain about.

That's very likely the case for what's inside, too, though that's always kind of tough to suss out in the field. Qualcomm's Snapdragon 820 powers the show, and I spent most of my time with the middle-of-the-road 3GB RAM/64GB storage/2.15GHz model. Jumping between apps like a madman, swapping themes and generally trying to stymie this thing was mostly futile. As such, I didn't notice much different when I finally got some face time with the high-end Pro version and its 4GB of RAM, 128GB of storage and 2.15GHz clock speed — once a device hits a certain level of speed, those differences in performance become so much harder to spot.

Xiaomi's also very proud of the 16-megapixel camera sitting flush with the Mi 5's back (the jab at Apple's camera nub during Barra's presentation was inevitable). If you thought Oppo's three-axis image stabilization was hot stuff, dig this: The Mi 5 has four-axis stabilization, which is a lifesaver for video in particular. We here at Engadget used to have a thing for shaky-cam footage (weird phase, I know) but after a bit of field-testing, it really seems to help lock down those wobbles. Photo quality, on the other hand, seemed above average rather than game-changing. Hopefully we — or our colleagues at Engadget Chinese — will get a better sense of the phone's photography chops once the Mi 5 starts trickling into the wild.

Xiaomi's MIUI 7 is actually pretty pleasant, as custom interfaces go — it's light, fast and doesn't do much to obscure the Android Marshmallow core running underneath it. That won't always be the case, though; users can fire up their choice of themes to make their Mi 5 uniquely theirs. Some adhere pretty closely to Marshmallow's flat, colorful philosophy, while others (here's looking at you, "High Life") bathe Android with a brown reminiscent of café con leche. I'll pass, but I'm still pretty shocked that MIUI feels as clean and fluid as it does. If only all the other companies painting broad, inelegant strokes on top of Android would take Xiaomi's hint.

Last night, I dreaded the idea of waking up at 6:45 in the morning to come see Xiaomi show this thing off. That was dumb of me. Given its price tag, speed and style, the Mi 5 seems ready to stare down opponents from nearly any device maker. Now the most pressing question I'm left with is, well, are we ever going to get it in the United States? Barra, ever the provocateur, said the Mi 5 would launch in China, India and "other markets" — his punctuation of that last bit with a sly grin caused knowing murmurs and giggles to ripple through the room.

In this article: android, china, gear, hands-on, mi, mi5, miui, miui7, mobile, mobileworldcongress, mobileworldcongress2016, mwc, mwc2016, smartphone, video, xiaomi
All products recommended by Engadget are selected by our editorial team, independent of our parent company. Some of our stories include affiliate links. If you buy something through one of these links, we may earn an affiliate commission.