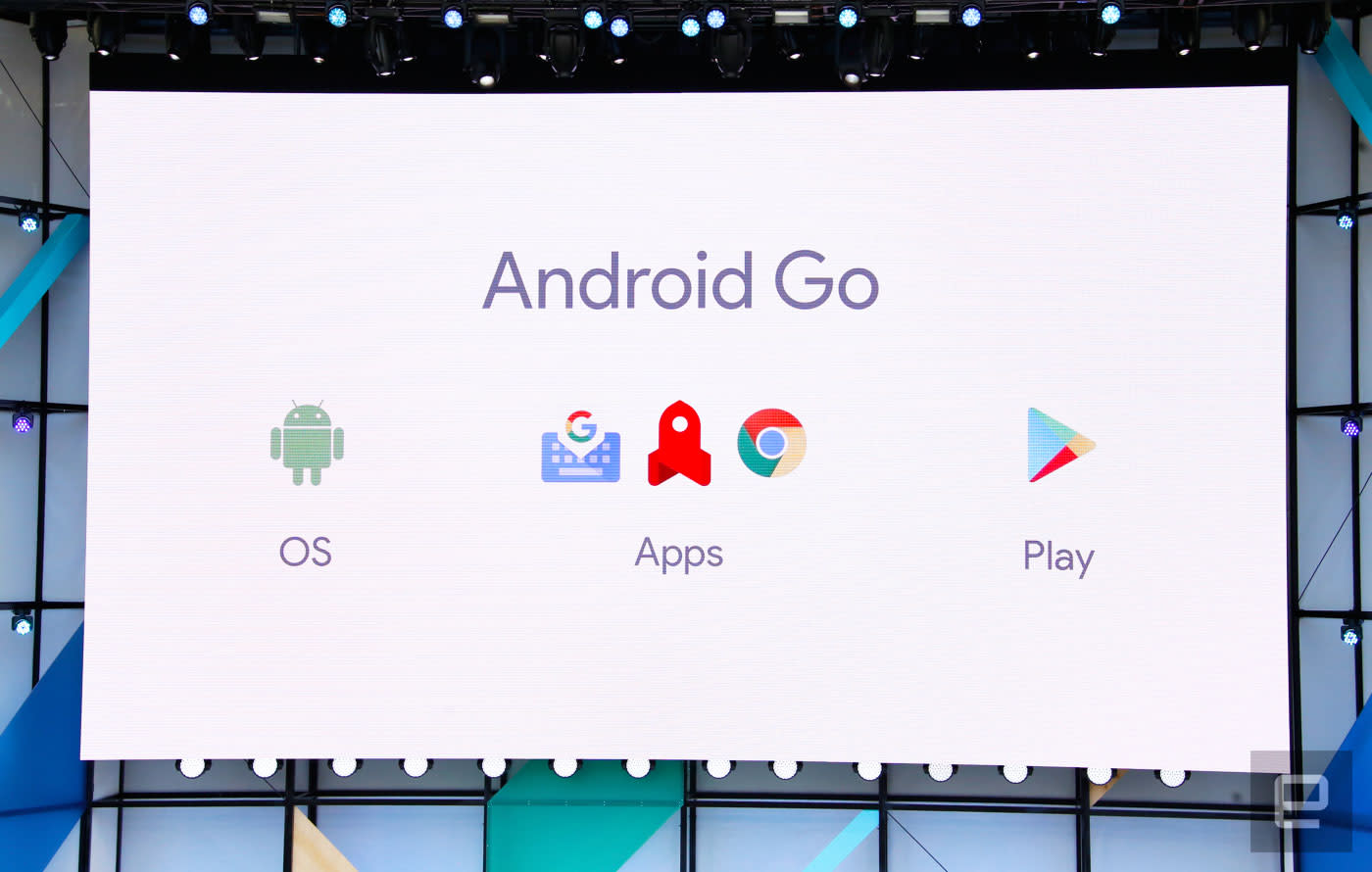 It's no secret that Google has been working on improving its apps and operating system for those using less-powerful devices or unreliable connections. It's optimized its apps to use less data and memory, but now it's expanding its focus across the OS. At its developer conference today, Google previewed a version of something the company has been calling Android Go, and it's supposed to work well even on devices with less than 1GB of onboard memory. Google says Go will ship "as an experience" in 2018, which means manufacturers will potentially start making handsets with the lighter OS after that.

According to Google, "Android Go is designed with features relevant for people who have limited data connectivity and speak multiple languages." It's basically optimized to run smoothly on entry-level devices that are running at least Android O. This works in part by designing apps like Chrome, Gboard and YouTube Go so that they use "less memory, storage space and mobile data."

Gboard, in particular, will make it easier to type in several different languages via transliteration. You can type the phonetic spelling of words in other languages, and the software will show you characters in the native alphabet. This targets regional markets where low-cost phones thrive, such as India and South America.

Android Go will also include a version of the Play Store that will show the entire app catalog, but it will highlight apps that developers have fine-tuned for Go. Considering most budget smartphones today boast at least 2GB of RAM, the new software will likely bring Android to even cheaper devices than before. According to Google, there are already 2 billion monthly active devices running Android, and making it easier to install on lower-end handsets will help the company reach "the next billion users."

In this article: android, androidgo, applenews, budget, gadgetry, gadgets, gear, google, GoogleIo, googleio2017, mobile
All products recommended by Engadget are selected by our editorial team, independent of our parent company. Some of our stories include affiliate links. If you buy something through one of these links, we may earn an affiliate commission.