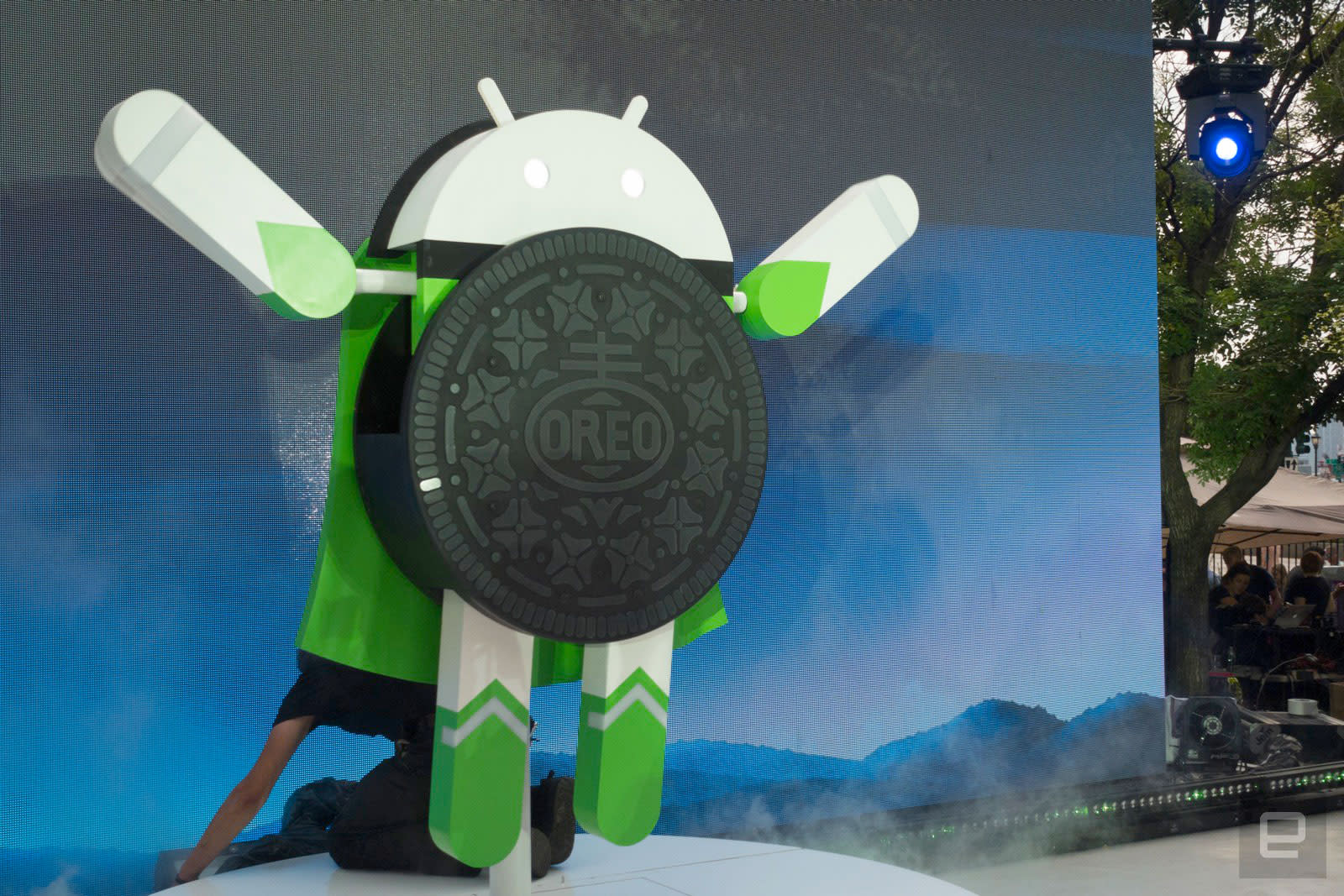 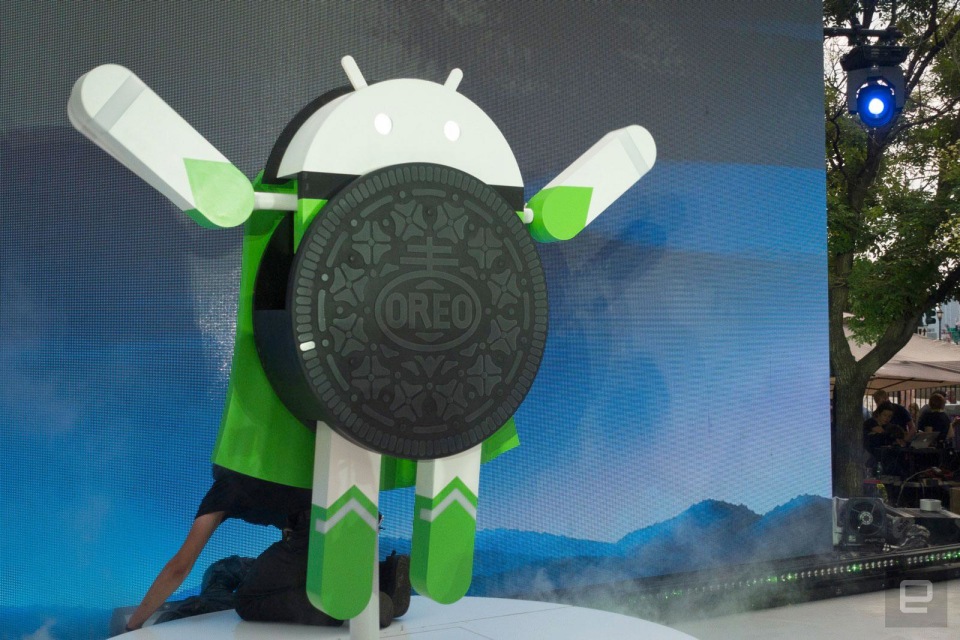 Google loves to make a big splash when it reveals the name for the latest version of Android. But the company is going all out this year, using the solar eclipse as an opportunity to reveal that Android O will henceforth be referred to as Oreo. It makes at least a little sense to tie this reveal in to the eclipse -- those iconic photos of the solar event are a bit evocative of Oreos, after all. As we've already covered, Android O doesn't have a ton of flashy features, although Google is highlighting some of the consumer-facing tweaks today. Those include picture-in-picture multitasking, notification "dots" on your most-used apps, improved battery management, support for Android instant apps and a host of redesigned emoji.

That's not the only news Google dropped today. Perhaps more crucially to smartphone buyers, Android Oreo is complete. Google announced that as of today, the latest version of Android is available for access through the Android Open Source Project (AOSP). Additionally, builds for the Pixel, Nexus 5X and Nexus 6P are in carrier testing and should start rolling out soon; the semi-forgotten Pixel C tablet and Nexus Player set-top box will also receive these updates before long. Lastly, if you don't feel like waiting, any device enrolled in the Android beta program will receive this update. In fact, that's probably the fastest way to try this finalized software.

This isn't the first time Google has used a brand to announce a new version of Android. Back in 2013, Android 4.4 was dubbed KitKat thanks to a partnership with Hershey. That included some giveaways of Nexus 7 tablets and Google Play store credit; whether or not Oreo cookie buyers will have a chance to get their hands on some goodies from Google remains to be seen.

Usually, the finalization of a new version of Android coincides with new phone hardware, but in recent years Google has altered that schedule a bit. New Nexus (and now Pixel) phones have arrived in the fall for years now, and it seems that Google is sticking to that plan this year as well. Given all the leaks we're seeing that point to new Pixels on the horizon, we should have a complete view of Google's Android hardware and software for the next year before very long.

In this article: android, androido, androidoreo, breaking news, gear, google, mobile, oreo
All products recommended by Engadget are selected by our editorial team, independent of our parent company. Some of our stories include affiliate links. If you buy something through one of these links, we may earn an affiliate commission.