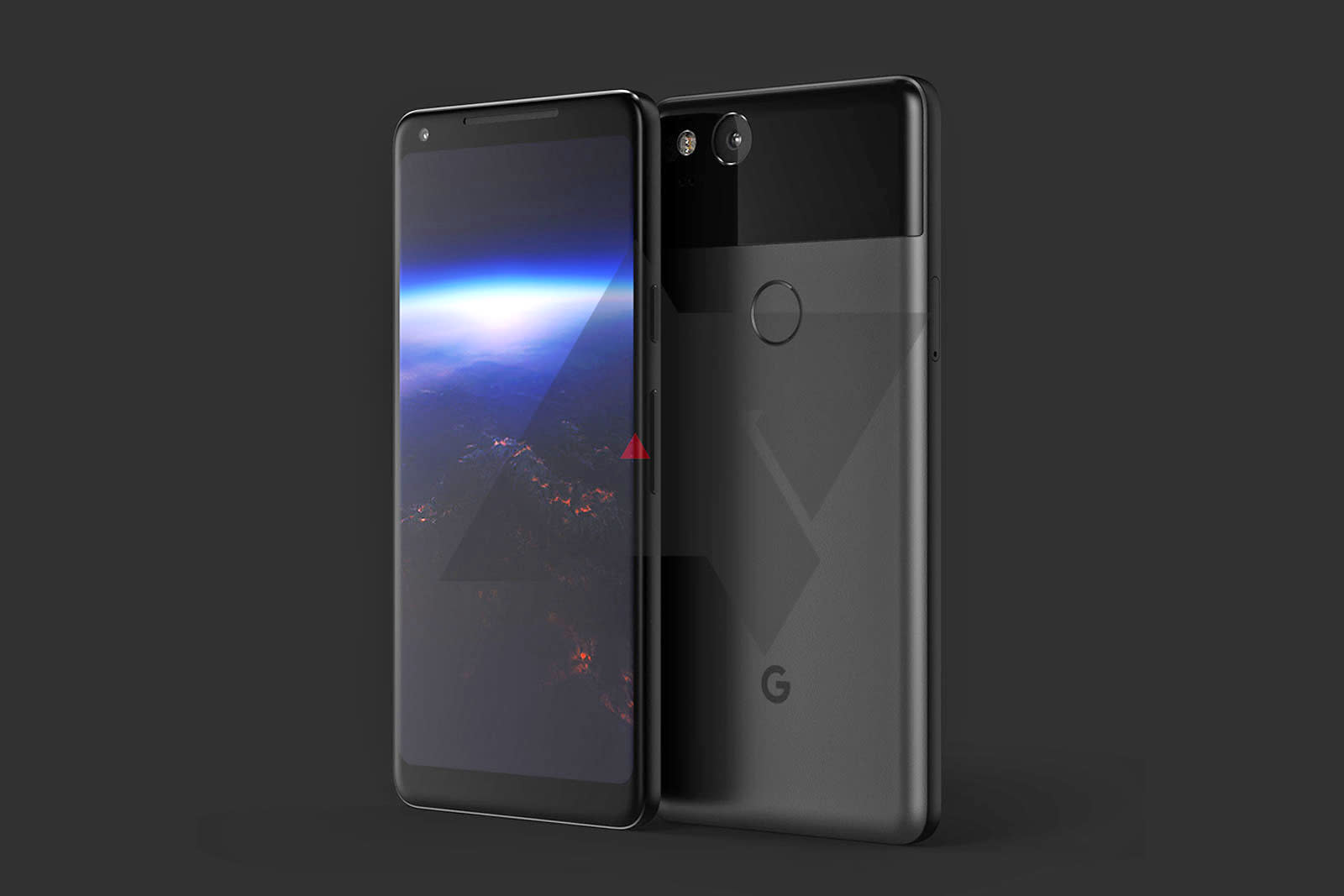 For all the buzz surrounding Google's next Pixel phones, there hasn't been much talk of what they would actually look like beyond generic hints. However, you might be getting a much better glimpse at the future flagship. Android Police has obtained leaked info that it says is detailed enough to produce a 3D render of the sequel to the Pixel XL, codenamed "Taimen." The LG-made device reportedly borrows the styling cues of the original phone, but packs a G6-like 6-inch, 2:1 ratio display (here AMOLED instead of LCD) with a minimal bezel. More importantly, it would include a squeezable frame akin to HTC's U11 -- you'd give your phone a firm grip to interact with Google Assistant. That sounds about as gimmicky as it does on the U11, but we'd want to try it ourselves before delivering a verdict.

The source also points to a considerably larger rear camera section (no dual cameras here, sorry), the potential absence of visible antenna bands and the use of '3D' glass on the sides, although the display itself would be flat.

As for what's inside? The contact doesn't have anything new to share, but Android Police trusts a recent XDA leak that has the new Pixel sporting a 1440p screen resolution, a Snapdragon 835 processor, 4GB of RAM and at least one variant with 128GB of storage. The smaller Pixel sequel (nicknamed "Walleye") would have similar performance, but it would be "almost identical" to its 2016 ancestor with a 5-inch 1080p display. Its biggest change would be the removal of the 3.5mm headphone jack in favor of stereo speakers, although it's not clear whether or not that tweak would translate to the XL.

This isn't a photo or press render, and Android Police is quick to stress that minor aspects could change between now and the launch later this year. You'd have good reason to be cautious. With that said, the site has accurately depicted both LG's Android Wear 2.0 smartwatches and the original Pixels in the past. We wouldn't be shocked to see a phone like this at a Google event in the next few months.

In this article: android, gear, google, leak, lg, mobile, pixel, pixel2, pixel2xl, pixelxl, pixelxl2, smartphone, taimen, TL18PIXL, walleye
All products recommended by Engadget are selected by our editorial team, independent of our parent company. Some of our stories include affiliate links. If you buy something through one of these links, we may earn an affiliate commission.