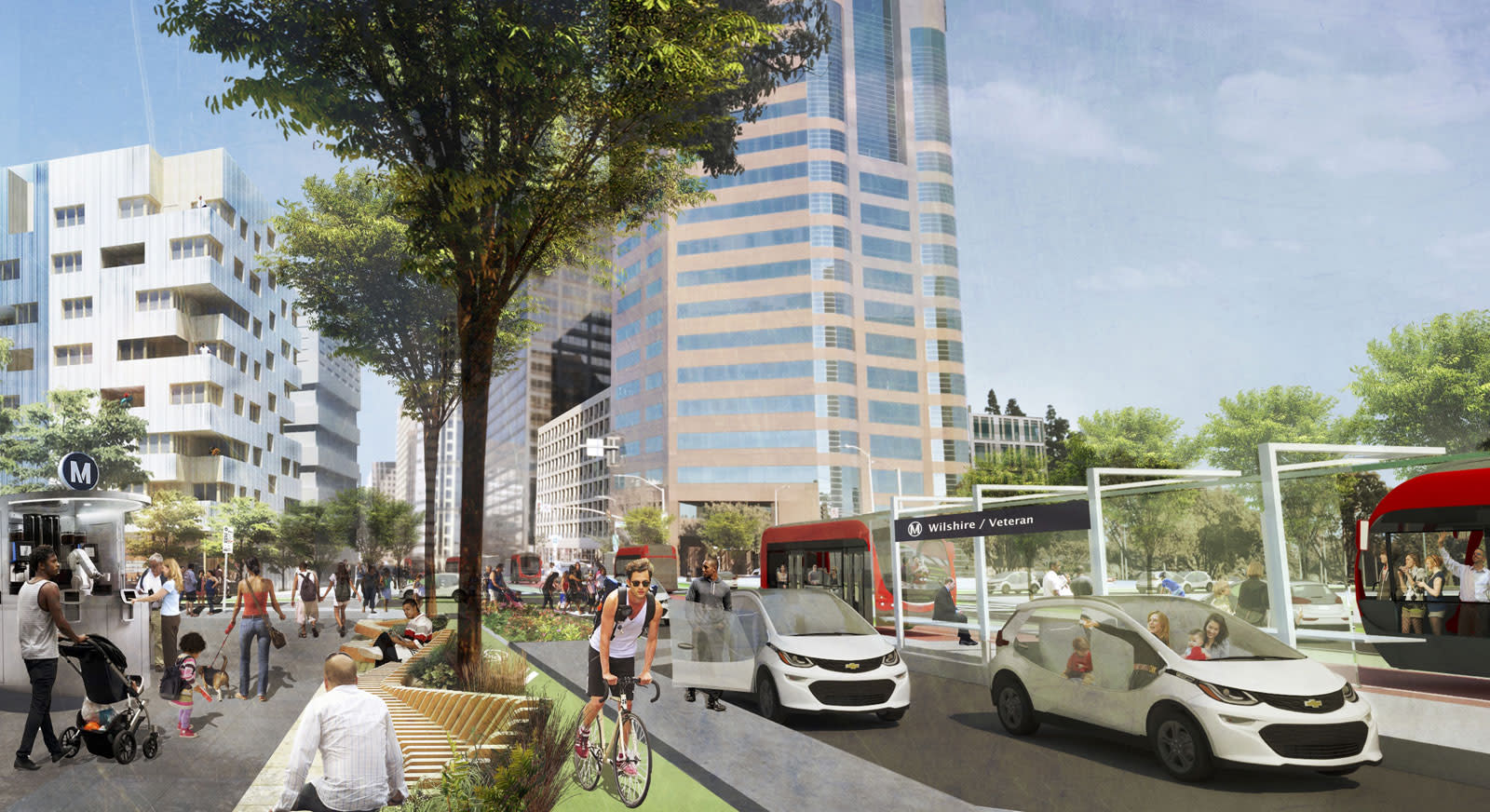 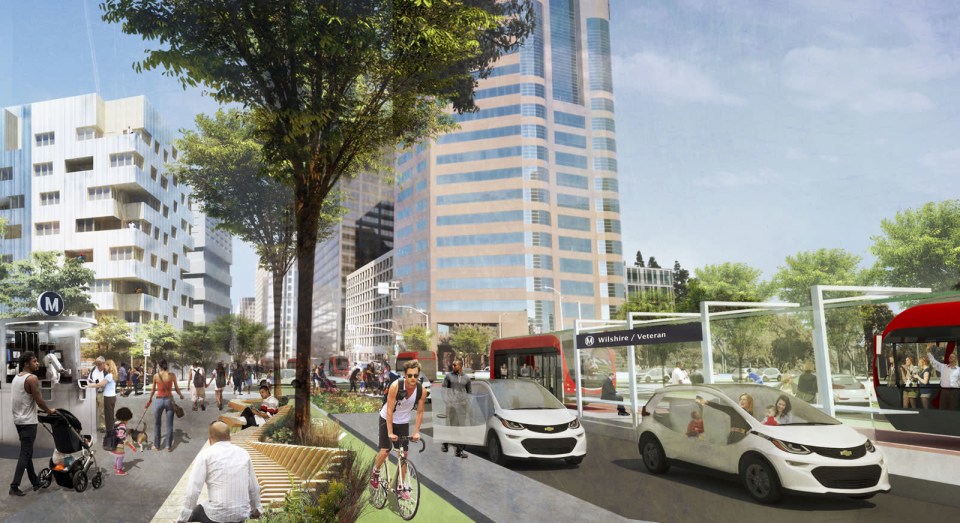 For the past several decades, cities have designed streets around the assumption that they'll be used for personal cars. If you need a poster child for this, you just have to look at Los Angeles' Wilshire Boulevard -- it has a whopping 10 lanes for vehicles, and even the bus lanes are almost treated like afterthoughts. It's no wonder gridlock is such a common problem, since LA is practically inviting more drivers and the traffic chaos that results. Lyft isn't happy with this state of affairs, and it thinks urban planners need to reinvent the road if they want to reduce traffic and embrace the future. It's partnering with designers at Perkins+Will and Nelson/Nygaard on a conceptual Wilshire Boulevard redesign for an era when car ownership fades away and public options dominate. There would be fewer lanes, but it could potentially serve up to 77,000 people per hour instead of today's 29,600.

Lyft's vision would only have three lanes for general-purpose driving. The rest would be intended for, well, everything else. There would be two autonomous bus lanes, and a loading zone would give ridesharing passengers a dedicated pickup space. Logically, many of these rides would be self-driving cars. You would also see two bike lanes, wider sidewalks and more landscaping. Lyft is clearly betting that you'll be more likely to forego a personal car if the alternatives are treated as first-class options, and that increased autonomy could handle many more commuters. The bus lanes alone would handle as many as 35,000 people per hour, according to Lyft's estimate.

This doesn't mean that Los Angeles will implement Lyft's redesign -- it's only an idea right now. With that said, it's likely to find a receptive audience. Lyft is already working with the Southern California Association of Governments on a campaign for more intelligent streets, and Los Angeles is planning for half of all trips to rely on something other than a car by 2035. In that sense, the challenge isn't so much phasing out LA's notoriously car-centric focus as it is transitioning at the right moment. Self-driving vehicles are still in their infancy, and officials might spark more than a little outrage if they reduce lane counts before most Angelenos are ready to ditch their own vehicles.

In this article: autonomous, gear, losangeles, lyft, masstransit, politics, PublicTransportation, ridesharing, road, self-driving, self-drivingcar, street, transportation, urbanplanning
All products recommended by Engadget are selected by our editorial team, independent of our parent company. Some of our stories include affiliate links. If you buy something through one of these links, we may earn an affiliate commission.