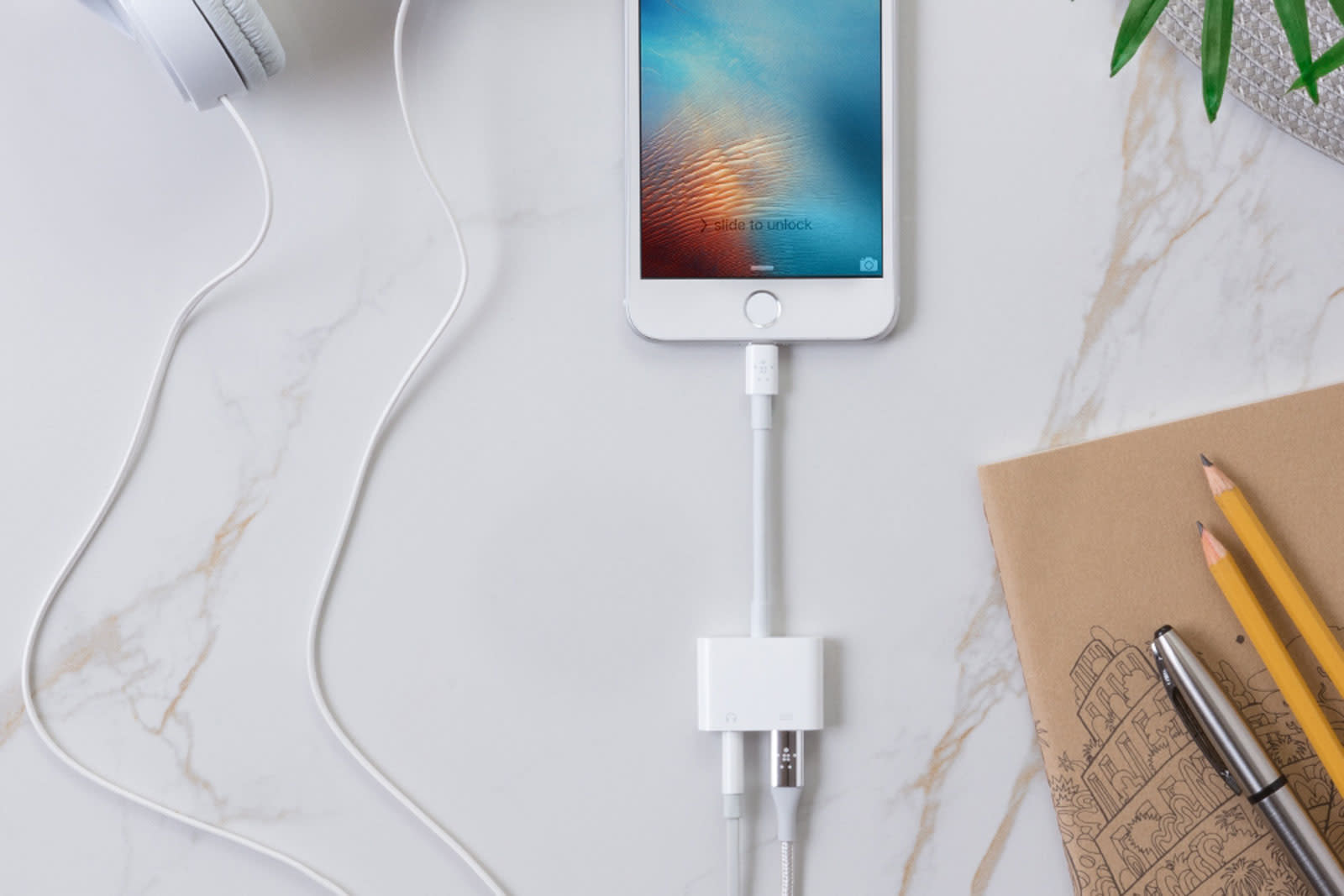 Last year's Belkin Rockstar dongle was a lifesaver for iPhone 7 owners who wanted to charge their device while doing just about anything else, but it had a problem: with two Lightning ports, you still had to add a second adapter to plug in your favorite pair of 3.5mm headphones. Thankfully, those days are over. Belkin has introduced a new version of the Rockstar with a 3.5mm jack in place of one of the Lightning connectors. This still won't change the clunkiness of your setup, but at least you won't have to explain why you carry two dongles with your iPhone 8.

The newer adapter even costs a bit less, too. Apple and other retailers are selling Belkin's adapter for $35/£30 rather than the $40/£35 of its predecessor. Yes, it's still somewhat ridiculous to pay that much to restore the listen-and-charge functionality you got for 'free' in previous generations, and there are adapters from other vendors that cost less. However, Belkin's accessory will likely be the easiest one to find, and it's good to have at least one major option in addition to those from smaller manufacturers.

In this article: 3.5mmaudiopluschargerockstar, accessories, belkin, dongle, gear, iphone, iphone7, iphone7plus, iphone8, iphone8plus, iphonex, lightning, mobile, rockstar, smartphone
All products recommended by Engadget are selected by our editorial team, independent of our parent company. Some of our stories include affiliate links. If you buy something through one of these links, we may earn an affiliate commission.