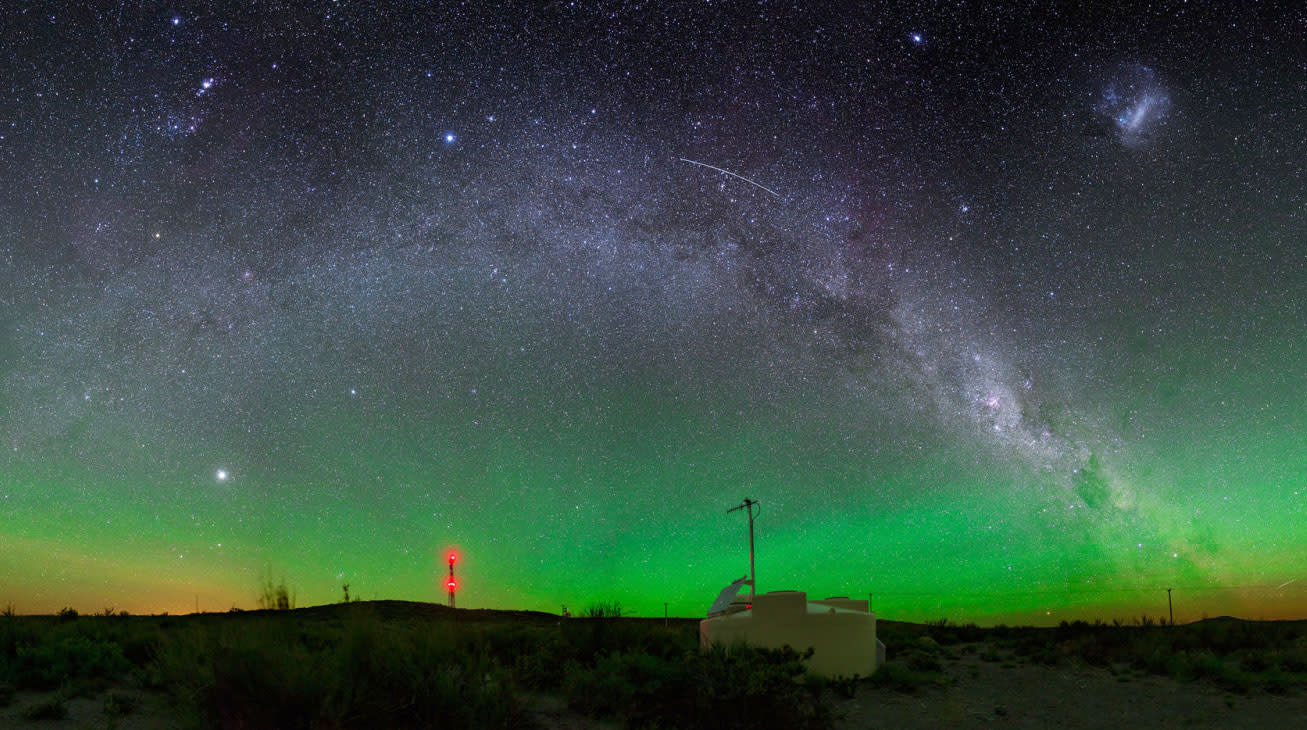 The origin of cosmic rays has been a mystery to scientists since their detection over fifty years ago. One of the prevailing theories is that they come from the center of our galaxy. But now, a group of more than 400 scientists from eighteen different countries has confirmed that this high-energy radiation has its origins outside our galaxy. The results will be published tomorrow in the journal Science.

Over a period of twelve years, scientists used the Pierre Auger Observatory, which consists of telescopes and particle detectors deployed over an area in western Argentina larger than the state of Rhode Island, to collect readings on cosmic rays' origins. They discovered that most of the particles came from an direction that didn't correspond with the center of the Milky Way in relation to Earth. It was about 120 degrees off. "There have been other pieces of evidence, but I would say this paper really confirms that most of the highest energy cosmic ray particles are not coming from the Milky Way galaxy," said Gregory Snow, the outreach director for the Pierre Auger Observatory. Instead, the particles are likely extragalactic in nature.

But there's also a more immediate concern. Cosmic rays have another name, galactic cosmic radiation, and it's a threat to any human that travels outside the barrier of Earth's magnetic field. If we want to travel to Mars and beyond, we need to figure out how to protect our astronauts from this deadly radiation. Discovering where it comes from gets us a small step closer to that goal.

In this article: cosmicrays, space, tomorrow
All products recommended by Engadget are selected by our editorial team, independent of our parent company. Some of our stories include affiliate links. If you buy something through one of these links, we may earn an affiliate commission.