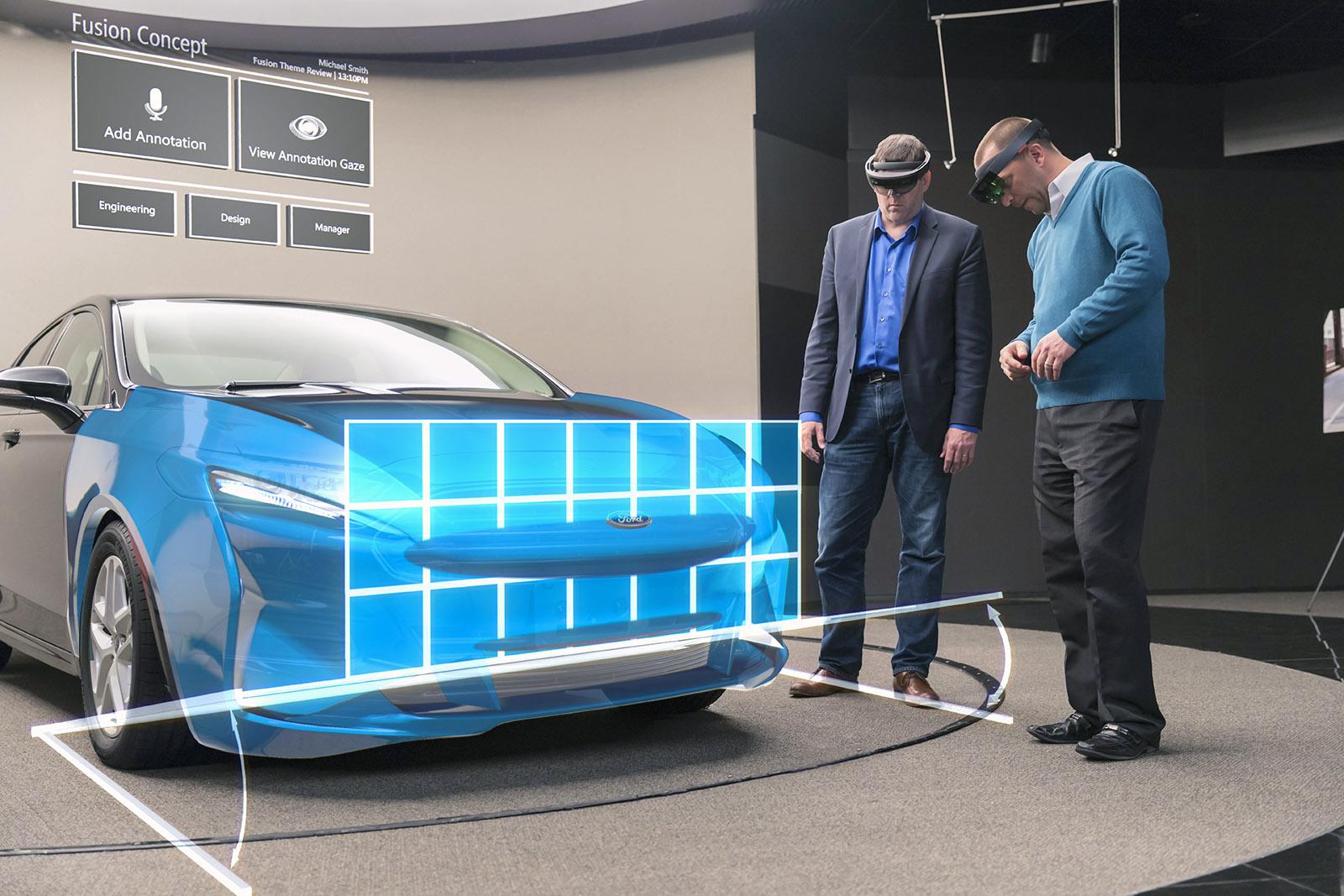 When Google released Glass Enterprise, it took a consumer-oriented product written off as privacy-invading nonsense and made it incredibly useful for businesses. Microsoft is effectively doing the same with its $3,000, not-yet-for-consumers HoloLens by introducing it to designers who find that price a relative bargain. Take Ford, which has been testing HoloLens over the last year to help stylists and engineers visualize and test products, considerably shortening the design phase.

Ford normally builds clay vehicle models at full scale, but has to re-sculpt them if a design doesn't work out. HoloLens can blend 3D holograms with real cars or models, letting designers test numerous designs in near real-time. At the same time, engineers can incorporate the physics and check to see how new features perform. Much of this can be done on a computer, of course, but the advantage of HoloLens is seeing the designs in stereoscopic 3D from all angles on a real vehicle.

In one case, Ford said that it used to take weeks to perfect a grille design, but "HoloLens allows designers and engineers to explore a variety of different iterations in a matter of hours." In another, stylists played with external mirror models to get a pleasing design nearly in real-time. "At the same time, engineers can see through the headsets what drivers see when they look through the mirrors," said Systems Engineering VP Jim Holland in a Medium post.

Another advantage is collaboration, as multiple HoloLens users can see the same thing and share voice and written notes around the world. "If HoloLens can help us test ideas without worrying about the cost of expensive clay models or prototypes, then we can liberate teams to be as creative as possible," says Holland.

These novel business applications could still end up benefiting gamers, content creators and others. By commercializing it for enterprises first (and making money) Microsoft and Google can develop and perfect the tech. Once it's robust enough, it might finally give us the real-world, FPS monster-blasting games we've dreamed of and not just VFX fake-up jobs.

In this article: Design, DesignStudio, Ford, gear, Hololens, Microsoft, MixedReality, transportation, VehicleDesign, video
All products recommended by Engadget are selected by our editorial team, independent of our parent company. Some of our stories include affiliate links. If you buy something through one of these links, we may earn an affiliate commission.