TCL is finally bringing its wearable display prototype to the public 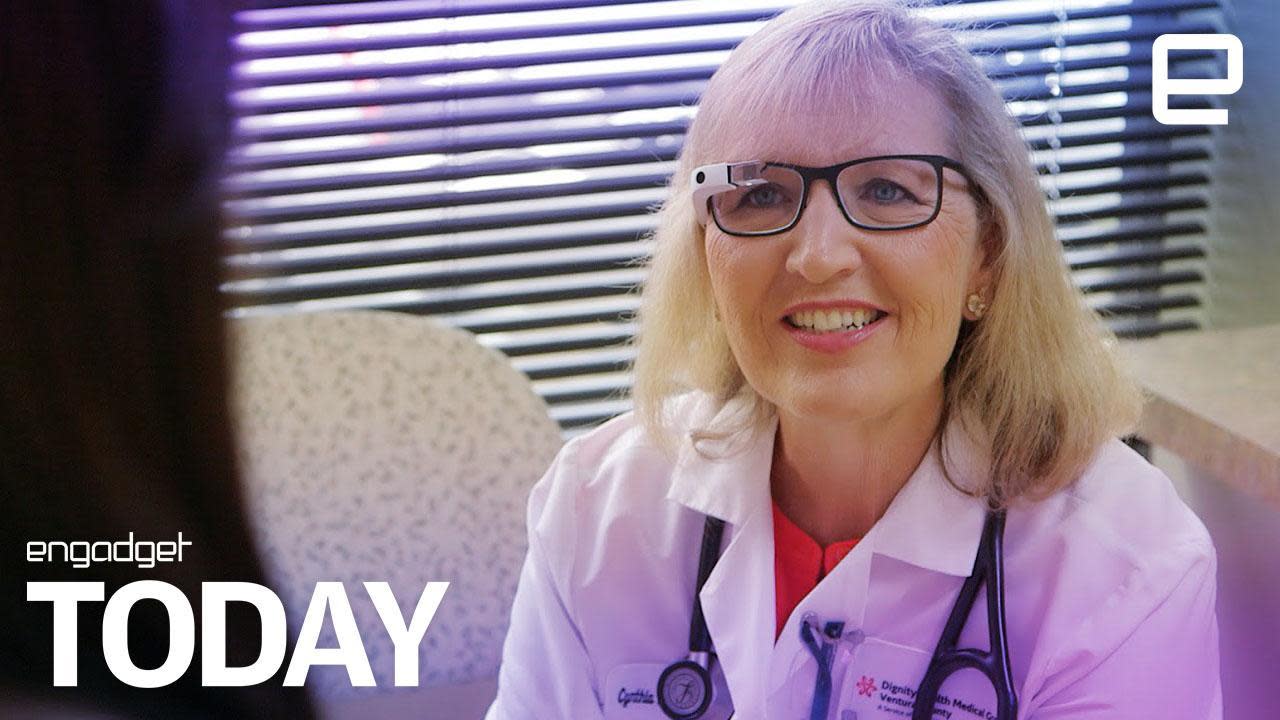 If you thought that Google Glass was killed by a lack of practicality and privacy concerns, think again. Alphabet X, Google's "moonshot" branch, has unveiled a reboot of the original eyeglass-like wearable called Glass Enterprise Edition. As the name suggests, it's not aimed at the public at all. Despite its many foibles, Glass turned out to be very useful for workers, so the new version targets businesses to help workers do their jobs better.

In early 2015, Google shuttered the Google Glass site, thanking users for "exploring with us," while promising that "the journey doesn't end here." However, while the original $1,500 Glass Explorer's Edition was no longer available to the public, Alphabet continued to supply it to US companies like GE, Boeing, DHL and AGCO.

With Glass, AGCO managed to reduce production times by 25 percent, while DHL increased supply chain efficiency 15 percent. It's also been a boon for healthcare professionals, reducing paperwork loads by over 20 percent and allowing doctors to spend 50 percent more time with patients.

We've ... made improvements to the design and hardware so that it's lightweight and comfortable for long term wear. We've increased the power and battery life too.

With that success, Alphabet X has quietly been working on Glass Enterprise Edition with a design that's more comfortable and can withstand the rigors of work environments. It's also got a bigger display prism, foldable design and speedier Atom processor. "We've ... made improvements to the design and hardware so that it's lightweight and comfortable for long term wear. We've increased the power and battery life too," Alphabet X's Jay Kothari writes.

Glass has thus morphed from a trendy accessory worn by Diane von Furstenberg and Sergey Brin at a fashion show, to a more practical factory, medical and warehouse device sported by managers, doctors and blue-collar workers.

Google also brought a raft of developers onboard to build apps that take advantage of Glass's main advantages: the fact that it's hands-free, lightweight and unobtrusive. DHL, for instance, uses a solution called Ubimax with Glass to "receive real-time instructions about where items have to be placed on the carts with the help of visual aids," says Kothari.

Meanwhile, GE uses an app from developer Upskill "which shows [workers] instructions with videos, animations and images right in their line of sight so they don't have to stop work to check their binders or computer to know what to do next," Kothari adds. As shown above, that helps them work much quicker than the old-fashioned way.

Meanwhile, healthcare professionals can speak to patients without distraction while note-taking is done in the background via an Augmetix's "remote scribe" app. Another Augmetix app has cut record keeping chores by two hours a day, bringing "the joys of medicine back to my doctors," writes Sutter Health's Dr. Albert Chan.

As for whether Glass will ever go on sale to the public again, don't count on it anytime soon. Still, the consumer Glass team -- which is separate from the Enterprise group -- is still alive and kicking, so never say never. Meanwhile, Glass Enterprise Edition is "now available to more businesses through our network of expert partners," Alphabet says. There's no word on price.

In this article: AlphabetX, aoloriginals, dailyshow, Engadget, EngadgetToday, engadgetvideo, Enterprise, entertainment, Glass2.0, google, GoogleGlass, GoogleGlass2, KerryDavis, video, wearables
All products recommended by Engadget are selected by our editorial team, independent of our parent company. Some of our stories include affiliate links. If you buy something through one of these links, we may earn an affiliate commission.