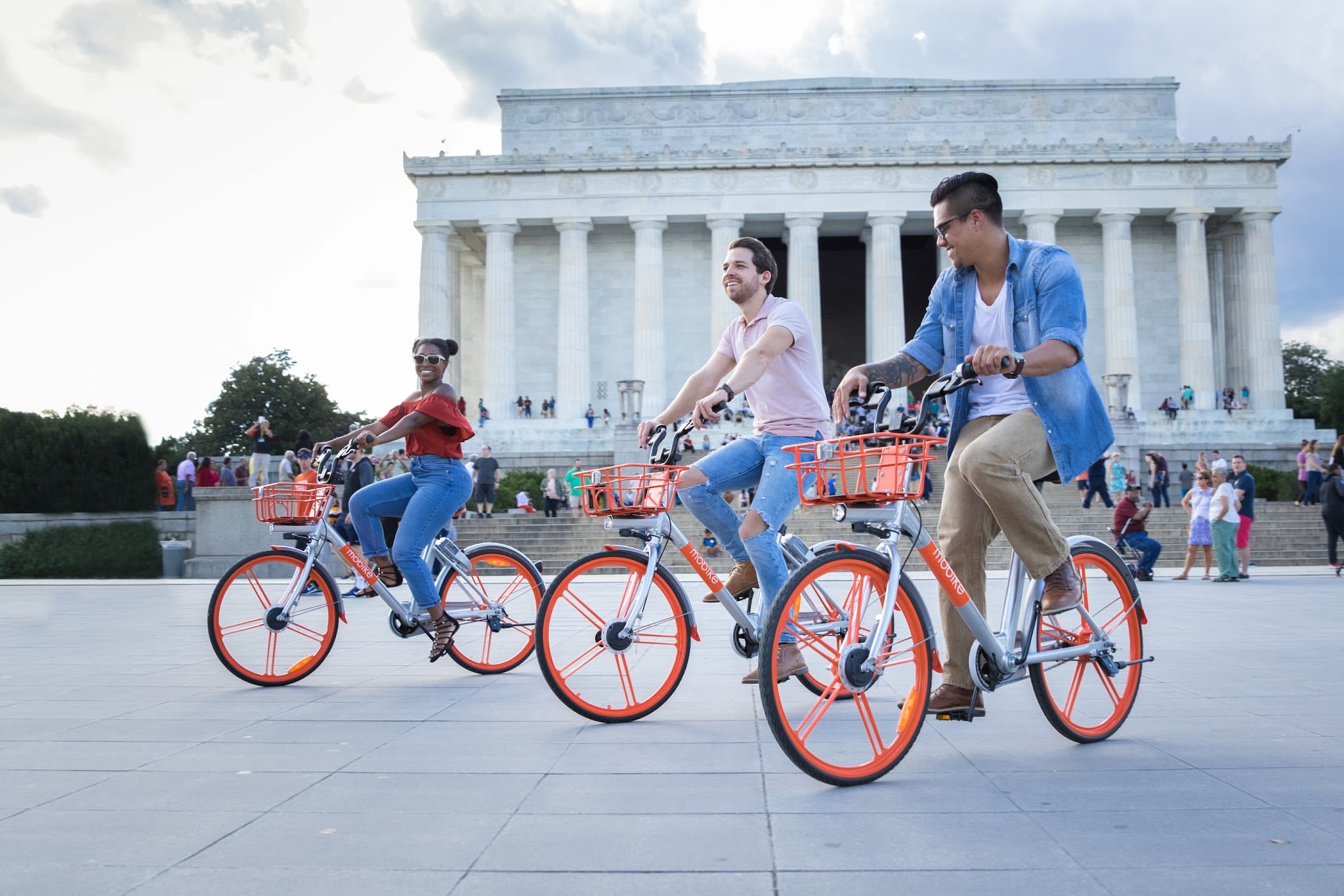 Washington DC is one of the most bike-happy cities in America, with around five percent of commuters pedaling around the city each day. That's one of the reasons why Mobike, a company that has mostly been in China and Europe until now, is launching a pilot for the first dockless bike-sharing program in the capital. It's starting with 200 bikes in the pilot program for now, a pittance next to the millions it has in China, but plans to expand the program across the US if things go well.

Unlike New York's Citi Bike, Vélib' in Paris and Washington DC's current Capital Bikeshare program, there's no need to hunt for a bike dock on departure and arrival. Instead, you use the Mobike app to find the nearest bike and scan the QR code to unlock it. Once you arrive at your destination, you can park it at "any authorized bike parking area" near your destination and lock it manually.

The bikes themselves use non-puncture airless tires, a chainless shaft drive and disk brakes, to ensure fewer breakdowns and a longer life. Their distinctive bright orange and gray paint scheme makes them easy to spot.

Decentralized bike sharing schemes have caught on in China, to the point that it's comically difficult to find a parking spot in some areas. Mobike is one of the leaders in Asia, and has already launched programs in Manchester, London and other UK cities. It has been careful to gain local government approval to avoid enforcement problems encountered by Singapore-based oBike and other rival firms in London. Mobike has five million bikes in Europe and Asia, with most in China, but Washington DC is its first US city.

As noted, DC already has the Capital Bikeshare program, but city officials are welcoming the newcomers as a way to augment, rather than compete with it. For one, they'll operate in neighborhoods where the current service doesn't. They'll also bolster rush hour demand when Capital Bikeshare typically gets slammed, leaving many commuters stranded.

To ensure users can find bikes and don't park where they shouldn't, Mobike will mobilize a DC team to track and move them around or re-park them neatly if need be. As for the price, both Mobike and Spin are charging $1 for a half-hour ride -- exactly half that of Capital Bikeshare.

Update: Mobike tells Engadget it's launching the DC dockless bike-sharing program with 200 bikes, not 180 as the article originally stated. The text has been updated to reflect that.

In this article: App, BikeShare, Dockless, gear, GPS, Mobike, TL18BKSR, transportation, video, WashingtonDC
All products recommended by Engadget are selected by our editorial team, independent of our parent company. Some of our stories include affiliate links. If you buy something through one of these links, we may earn an affiliate commission.