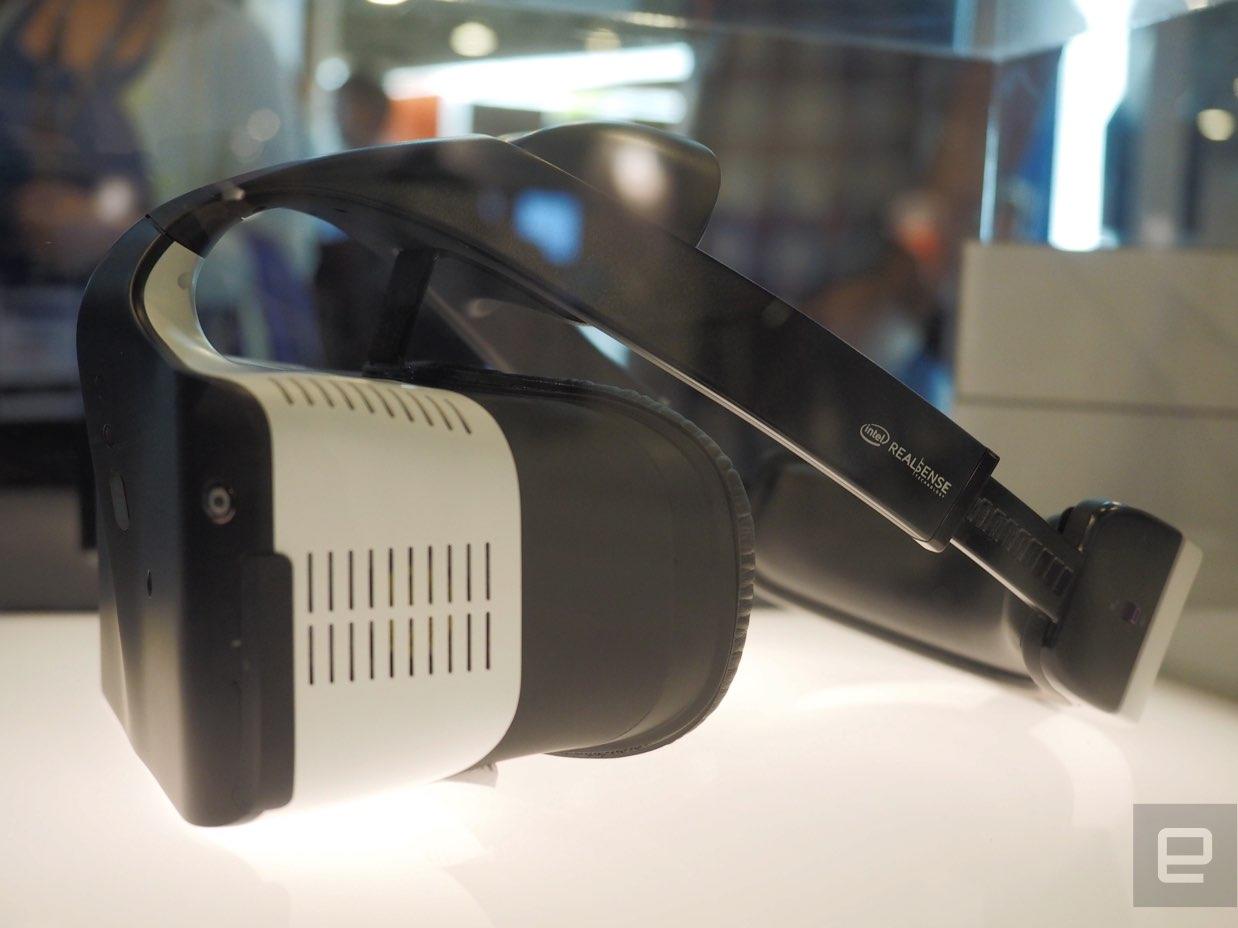 Intel won't be releasing its Project Alloy VR headset platform anytime this year -- in fact, it won't be releasing the technology at all. The tech giant has officially killed the initiative, which aimed to provide partner companies an open reference design for their own standalone VR devices. Intel was supposed to launch the platform this year, but according to RoadtoVR, it has decided to abandon the project this summer due to lack of partner interest.

The company didn't elaborate on why there's a lack of interest, but it could be because manufacturers, including Asus, Acer and Dell, chose to focus their resources on building Microsoft Mixed Reality headsets. Kim Pallister, Intel's Virtual Reality Center of Excellence director, has also revealed another possible reason in his interview with PC World. He said the company realized that a standalone headset "isn't necessarily the optimum form factor" and can't compete with the performance of PC-powered devices.

Instead of going forward with Project Alloy, Intel will focus on developing a WiGig link to enable wireless PC-powered VR headsets, as well as on making other VR-related technologies. It told RoadtoVR in a statement:

"Intel has made the decision to wind down its Project Alloy reference design, however we will continue to invest in the development of technologies to power next-generation AR/VR experiences. This includes: Movidius for visual processing, Intel RealSense™ depth sensing and six degrees of freedom (6DoF) solutions, and other enabling technologies including Intel WiGig, Thunderbolt, and Intel Optane™. All of these Intel technology solutions are supported by a robust portfolio of software capabilities, and we're building out a VR support ecosystem, from software design kits to reference designs, to spur innovation that's enabling rich and immersive content. Project Alloy served as a great proof of concept for Intel and the industry – showing what's possible in a high-performance, immersive and untethered VR experience. What we've learned through Project Alloy will inform future efforts."

The company has also been shifted its focus to VR content recently. Just this March, it snapped up Replay Technologies, which is known for creating 360-degree video replays for the NBA.

In this article: gadgetry, gadgets, gear, intel, projectalloy, virtualreality, vr, vrheadset
All products recommended by Engadget are selected by our editorial team, independent of our parent company. Some of our stories include affiliate links. If you buy something through one of these links, we may earn an affiliate commission.