macOS High Sierra is well worth the upgrade

It's all about behind the scenes changes.

MacOS High Sierra was never meant to be truly transformative. As we covered in our preview of Apple's new desktop OS, it's mostly focused on refining its predecessor, last year's Sierra. At the same time, it also lays the groundwork for bigger changes down the line. Since there's not much you'll actually notice, and barely anything has changed since we published our extensive preview, we won't be doing a full review of the new OS. But with High Sierra officially launching today, it's worth highlighting the handful of notable features. Apple claims that Safari 11 in High Sierra is the world's fastest web browser. My testing with the JetStream benchmark confirmed that it was faster than both Chrome and Firefox on my MacBook Air. Safari clocked in with a score of 176.8, while the other two browsers came in around 129 (and yes, higher is better). Even so, I still found myself relying on the other browsers most of the time. Some of Google's services, like Hangouts, work only on Chrome. And Firefox is typically the browser I use for dealing with anything related to work (it's helpful having two browsers open at once for managing multiple Google accounts). While Safari tended to load some sites faster, that wasn't enough to make me switch over.

As for other tweaks, Safari 11 mutes autoplaying web videos by default, which should help bring some peace as more sites push unwanted video on their readers. You can also enable the cleaner "Reader" mode automatically for specific sites, or have it automatically turn on for every website that supports the feature. That's something you can do only with Chrome through settings hacks or by installing third-party extensions. Apple also claims Safari will let you browse the web for two hours longer than the other two browsers, as well as watch Netflix for four hours longer. 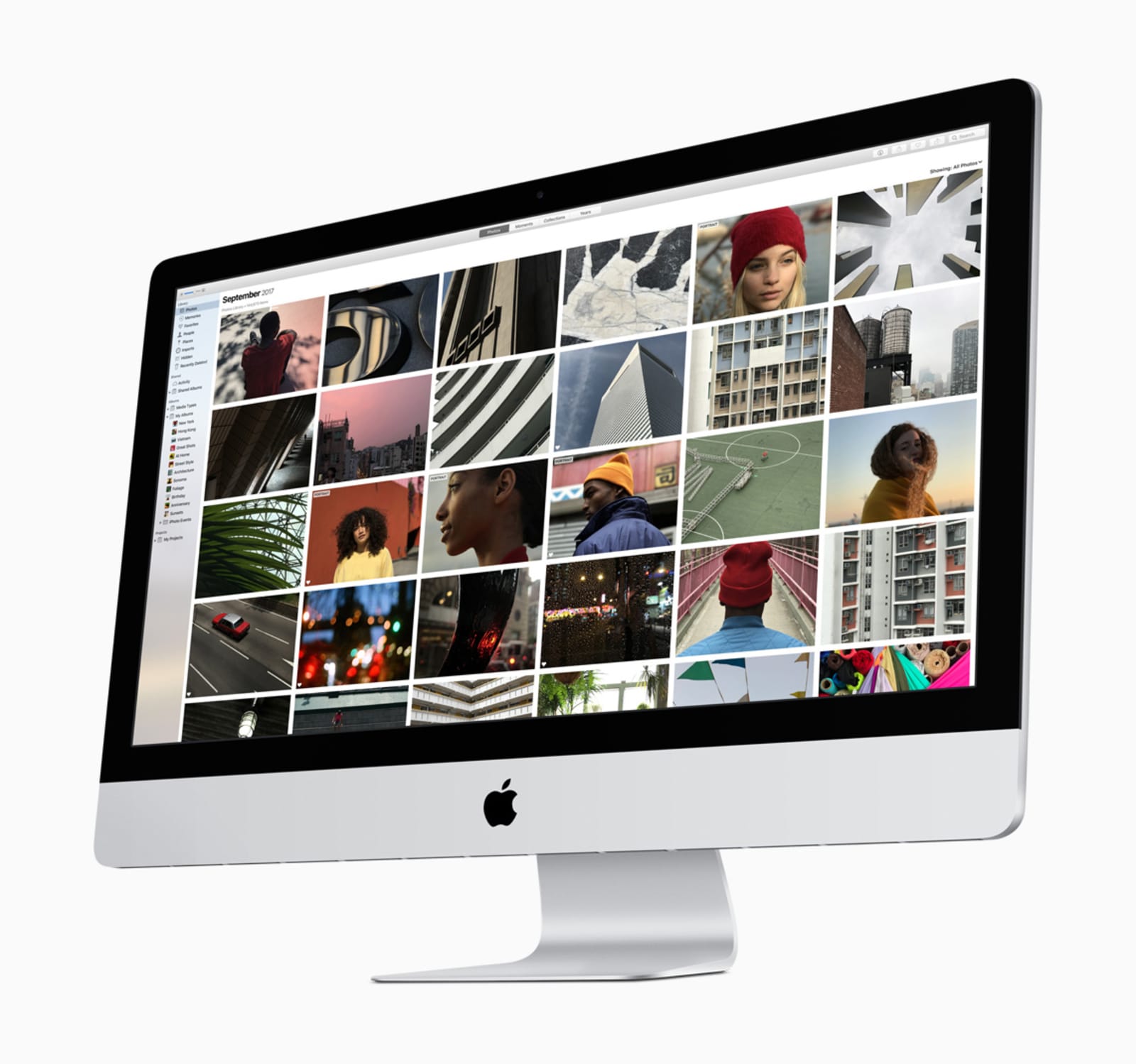 As we covered in our preview piece, the Photos app got a slew of tweaks. But after testing the OS for the past few months, I ended up appreciating the new Live Photos capabilities the most. Just like in iOS 11, you can now turn Live Photos into short animated clips that resemble GIFs. You can choose from Loop, which just repeats the clip; Bounce, which moves it back and forth in time; and Long Exposure, a unique effect that mimics the dreamy photos you can get by manipulating exposure settings on bigger cameras. They're not groundbreaking effects, but they finally make Live Photos seem useful rather than a waste of space.

All of other Photos upgrades from iOS 11 also show up in High Sierra. That includes smarter people-recognition (which can sync across all of your iCloud-connected devices), more automatic Memories options and a wider assortment of photo filters. Another helpful upgrade: Third-party companies can now create extensions for Photos, which allows you to do things like prepare photo books without leaving the app. Thanks to Metal 2, Apple's updated graphics API, macOS can finally handle virtual reality. Right now, it's limited to the HTC Vive using SteamVR -- sorry, Oculus Rift fans. And, just like with typical games, not every title supports Macs yet. Sure, it's very much early days for VR on Macs, but at least it's possible now with High Sierra.

We didn't have any beefy Macs to test out the OS's VR capabilities, unfortunately. As we've noted before, figuring out which Macs can actually support VR is surprisingly confusing. But at least High Sierra also brings support for external GPU docks, which means you can conceivably upgrade any Thunderbolt-equipped Mac with faster graphics capabilities.

Metal 2 should also make High Sierra more efficient at rendering windows and typical UI elements, especially if you have a decent dedicated GPU. I didn't notice much of a difference on my 2014 MacBook Air as I tested the new OS over the past few months.

A few other points worth noting:

We always knew High Sierra was going to be an iterative update for Apple, but I'm surprised by how few visible changes there are. It's tough to tell you've even upgraded from Sierra unless you peek at your system's settings. Together with a similarly humdrum iOS 11 update (unless you're on an iPad), it seems like Apple was more focused on its new hardware this year than its software.

All products recommended by Engadget are selected by our editorial team, independent of our parent company. Some of our stories include affiliate links. If you buy something through one of these links, we may earn an affiliate commission. All prices are correct at the time of publishing.
View All Comments
macOS High Sierra is well worth the upgrade