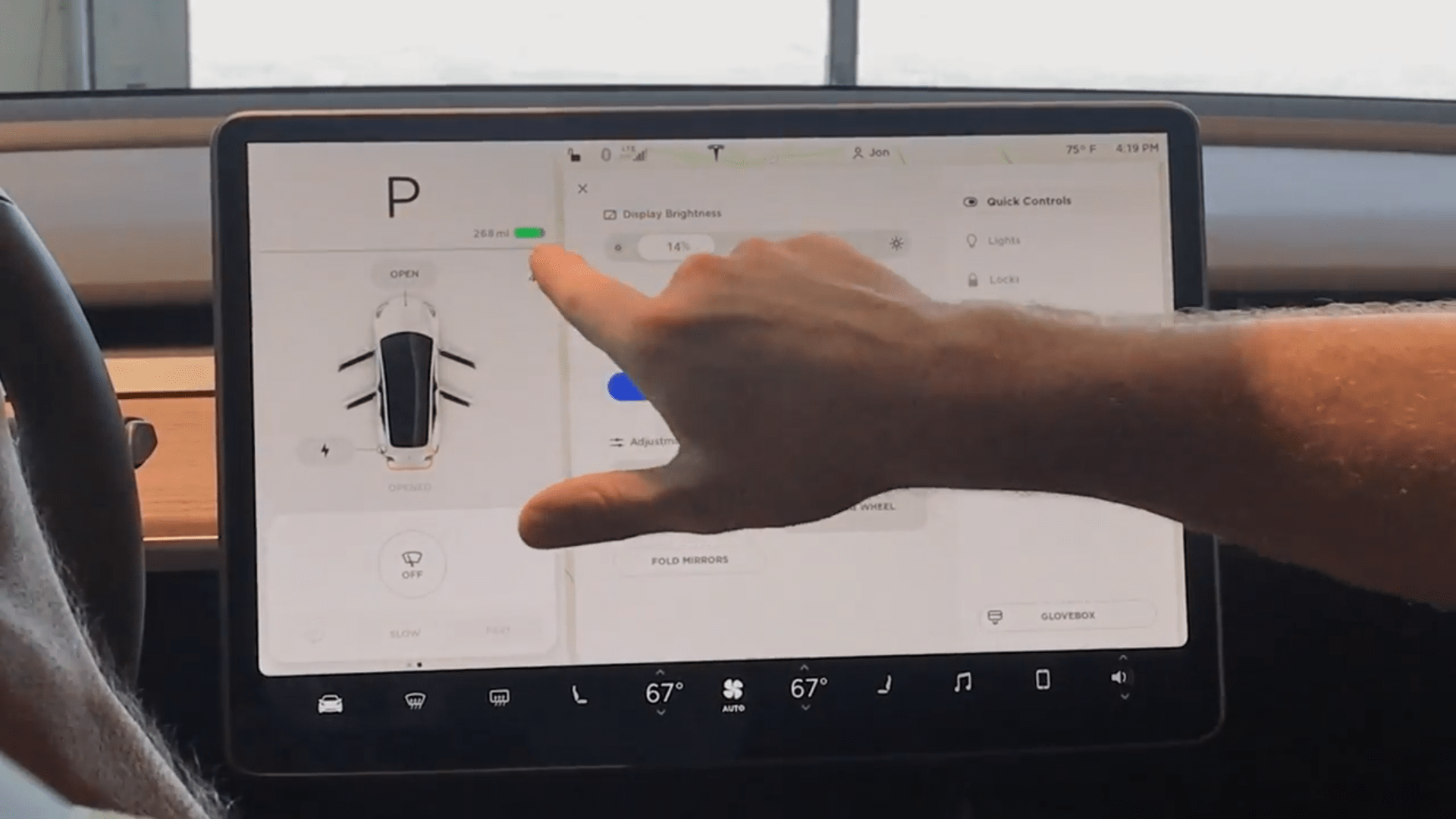 Shortly after Tesla rolled its first eagerly-anticipated Model 3 off the assembly line back in July, we got a ride in the car and were impressed. But we were skeptical of the decision to forgo a traditional dashboard cluster and cram all the instrument readings into the single center-dash touchscreen, which yanks the driver's attention away from the road. We haven't seen much about how it will work in the interim. But last weekend, a video popped up showing off the Model 3's screen interface, giving us a first look at how drivers will monitor and control the whole car through the touchpad.

In the video, a showman in a Tesla dealership in Austin, Texas, shows off the first Model 3 in the state. All the car's instrument readings (and even local speed limits) are displayed on the screen, as there's no dashboard cluster whatsoever. But from there, the driver or passengers can also fiddle with the climate, music, windshield wiper speed and so on, which is how the screen interface functions in Tesla's Model X or S vehicles -- the Model 3 just adds in essential driver information on the left side.

This is the first look at the interface for most folks because Tesla hasn't shared much about the upcoming car. Details have trickled out thanks to the small but growing number of Model 3 owners, who have banded together into an info-sharing group. Initial responses are a little troubling -- the Model 3 can't play FM radio or stream audio from their smart devices -- but as Ars Technica suggested, a lot of the kinks will probably be worked out in the coming months as the interface continues to be refined.

In this article: Model3, tesla, teslamodel3, transportation
All products recommended by Engadget are selected by our editorial team, independent of our parent company. Some of our stories include affiliate links. If you buy something through one of these links, we may earn an affiliate commission.