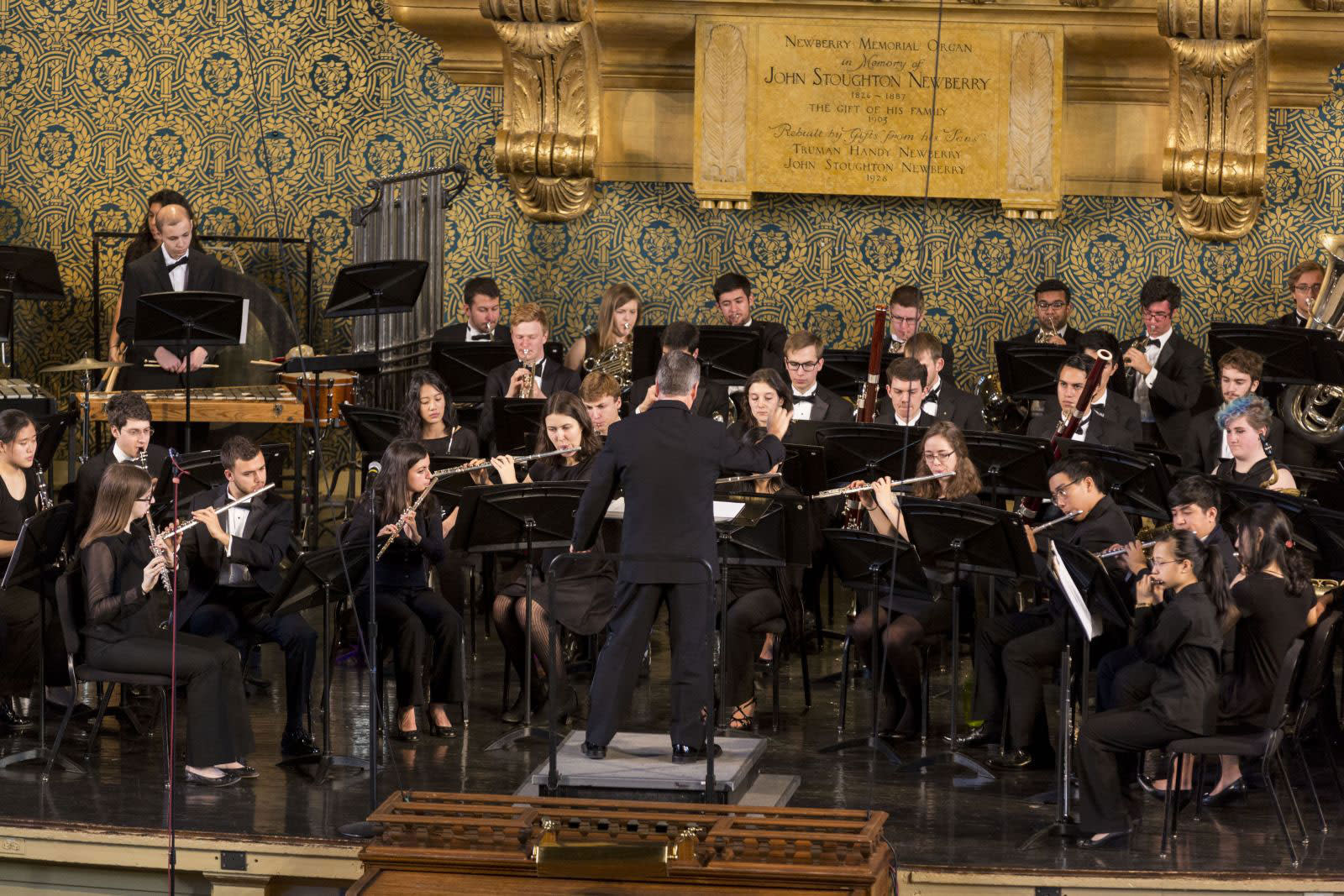 Normally, bringing out your smartphone at a classical concert is a surefire way to get kicked out, or at least receive some disapproving stares from everyone in the room. Not so at the Yale Concert Band's next performance, though. When it holds its season-opening concert on October 6th, it'll want you to keep your phone out for a key segment. The band is performing Cody Brookshire's "Honeycomb," which uses any web-capable mobile device as part of the performance -- what you see on stage is just one part of a much larger show.

The piece uses SynkroTakt technology to synchronize 32 audio tracks between your phone and the band's performance with virtually flawless timing. When there's a call-and-response section, for instance, the audience's phones will play their part in harmony. It's effectively adding hundreds of speakers (SynkroTakt can handle 250 or more devices) throughout the concert hall.

This isn't a one-off use. Brookshire has been performing "Honeycomb" elsewhere, and SynkroTakt is useful for just about anywhere that synced audio could add a dramatic effect, such as TV shows and art installations. Just think of Yale's performance as exposing this invention to a wider audience.

In this article: art, av, codybrookshire, concert, entertainment, gear, mobile, music, smartphone, synkrotakt, video, yale, yaleconcertband, YaleUniversity
All products recommended by Engadget are selected by our editorial team, independent of our parent company. Some of our stories include affiliate links. If you buy something through one of these links, we may earn an affiliate commission.