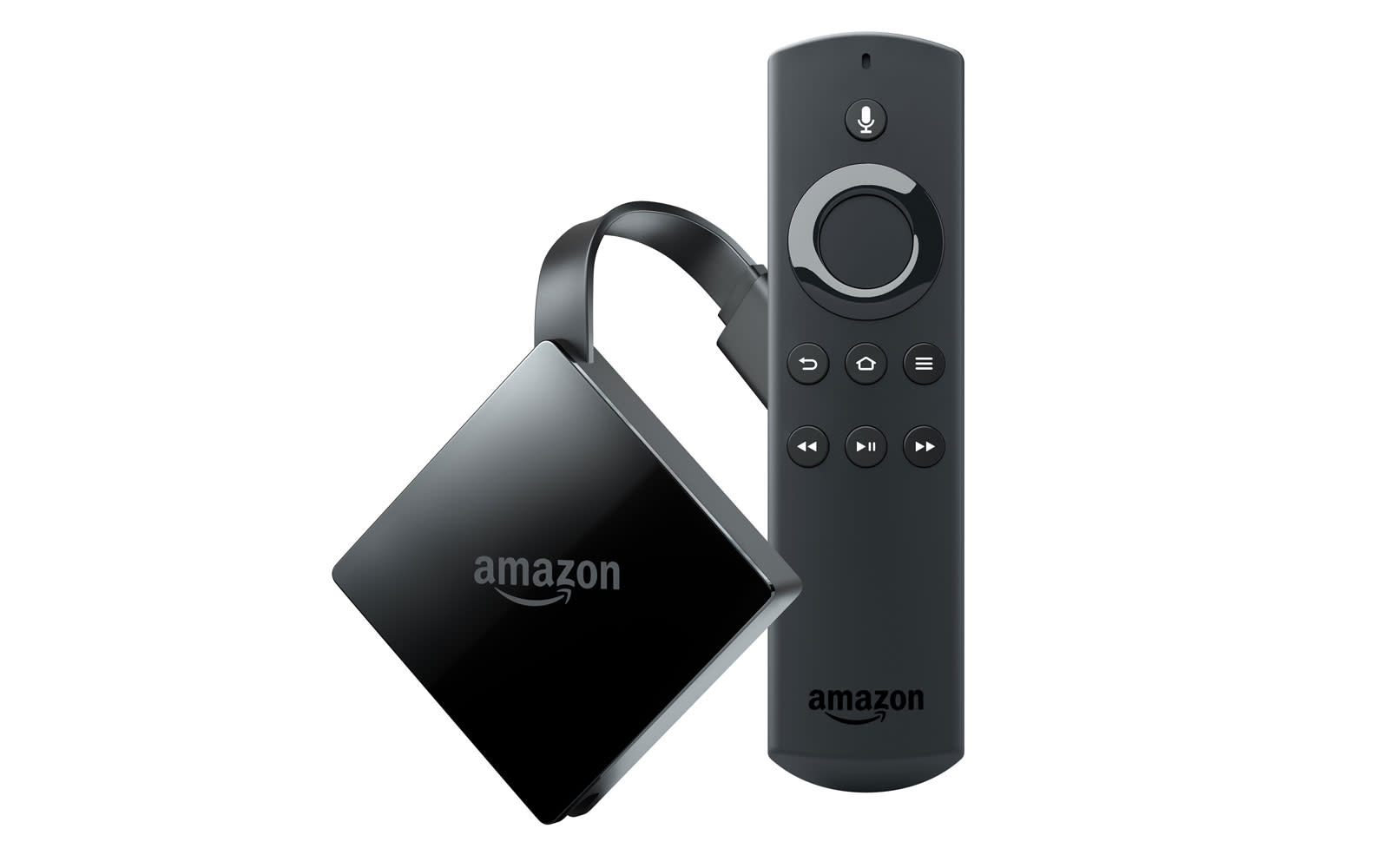 One of our complaints with last year's Fire TV stick is that there was no 4K support. Fortunately, Amazon now has an answer for that. Say hello to the new Fire TV, a dongle-based competitor to Google's Chromecast Ultra. It has 4K HDR video at 60 frames per second and all of the features of Fire TV as before. Audio is also getting a big upgrade, as it now supports Dolby Atmos sound.

Like last year, it'll also come with Amazon's voice remote that supports voice commands and can also tap into just about everything that Alexa can do. It'll cost $70/£70, a good bit more than the old Fire TV stick, but there's no doubt it's a much more capable device -- if you have a 4K TV, anyway. If you don't, Amazon has another deal for you. The old Fire TV stick is now bundled with the Echo Dot for $60. That's not a bad way to dive right into the Amazon's whole ecosystem.

What's more, you can get the new Fire TV and an Echo Dot for only $80 -- given that the Fire TV is $70 on its own, you're basically getting an Echo Dot for $10. That's probably worth it for most people, and Amazon surely wants to get the Echo into as many homes as possible. This seems like a pretty good gateway drug to help accomplish that goal.

In this article: alexa, alexaevent2017, amazon, av, firetv, FireTVStick, gear
All products recommended by Engadget are selected by our editorial team, independent of our parent company. Some of our stories include affiliate links. If you buy something through one of these links, we may earn an affiliate commission.