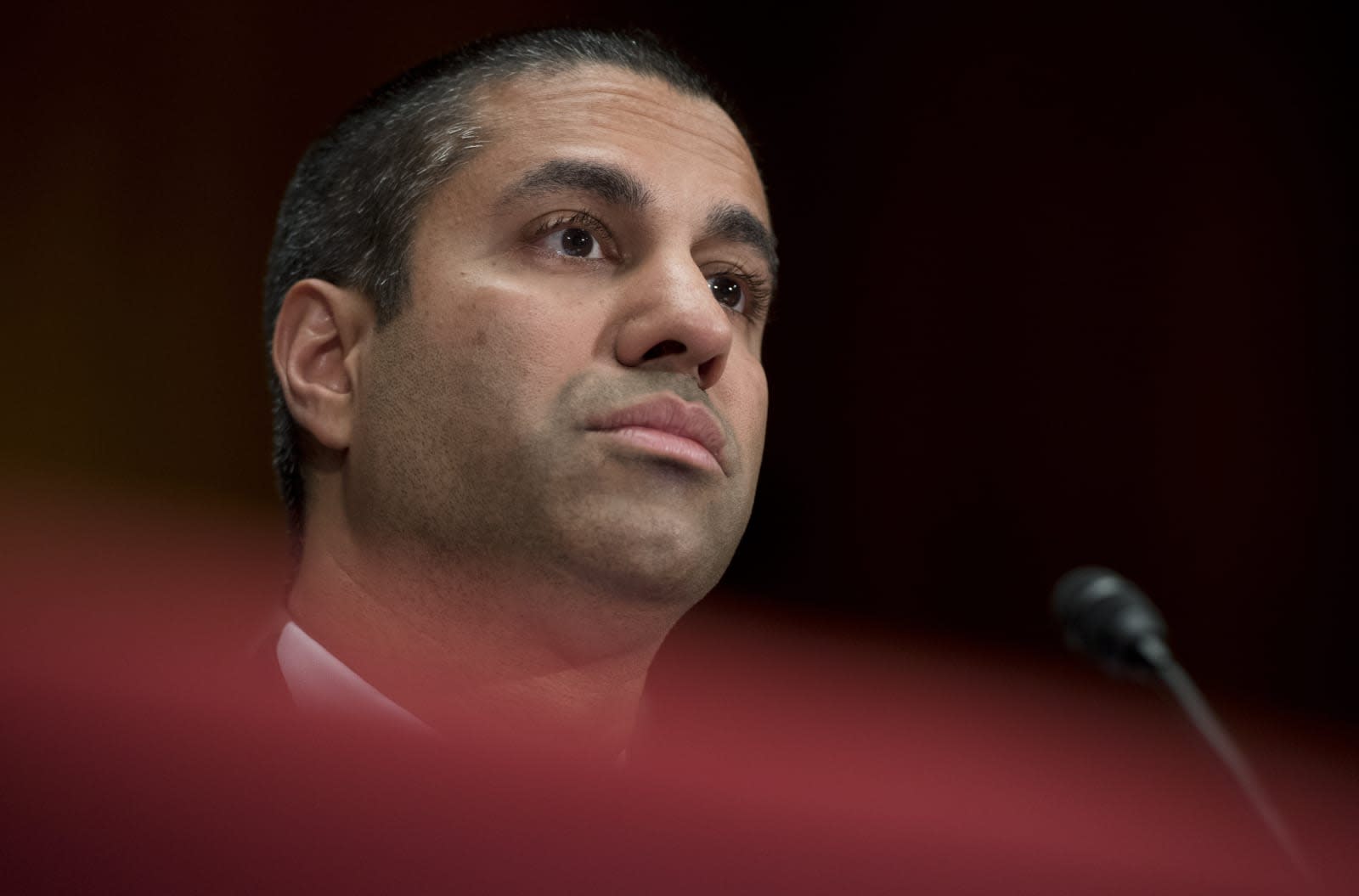 If you were hoping that the Senate would have second thoughts about FCC Chairman Ajit Pai's tenure given widespread objections to his policies, you're about to be disappointed. Senators voted to confirm Pai for a second term, giving him another 5 years in office (technically 4, since it's retroactive to July 2016). In short, he'll likely remain Chairman throughout President Trump's term.

The confirmation wasn't surprising, as many expected the vote to be split largely along partisan lines. The 41 "no" votes (all from Democrats) are a record high for a Chairman confirmation hearing, however.

And it's safe to say that Pai's policy is unlikely to change under this second term. Pai has been laser-focused on deregulating large parts of the telecom industry, including net neutrality, giant broadcaster mergers and even the cost of a prison phone call. While the Chairman is big on expanding rural broadband and has talked about increasing transparency at the FCC, it's safe to say that there won't be many (if any) new consumer protection rules under his tenure.

In this article: ajitpai, deregulation, fcc, gear, government, internet, netneutrality, politics, regulation
All products recommended by Engadget are selected by our editorial team, independent of our parent company. Some of our stories include affiliate links. If you buy something through one of these links, we may earn an affiliate commission.