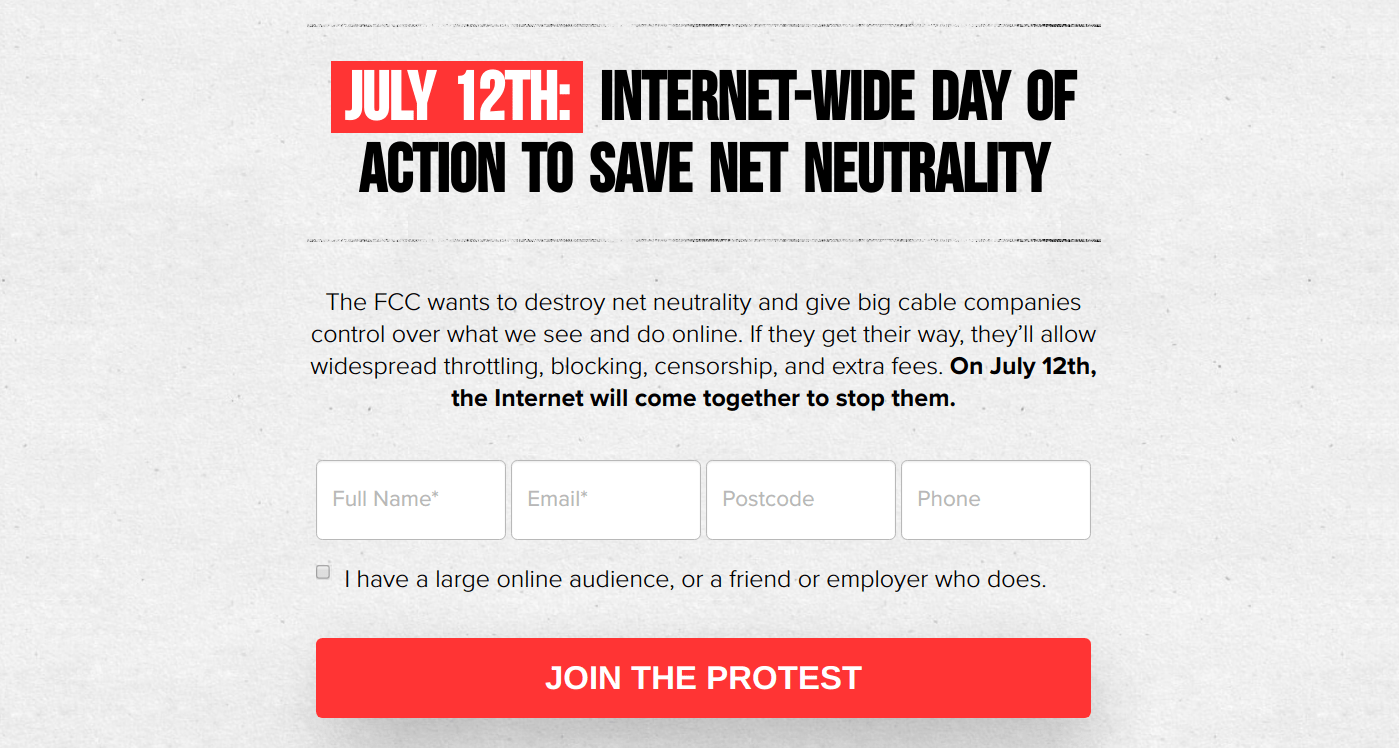 Internet advocacy nonprofit Fight For The Future tallied the participation numbers, which are still climbing: Five million emails and 124,000 calls to Congress, while protestors actually visited twenty Congressional offices. The two million comments made to the FCC almost tripled the previous record made during the "internet slowdown" advocacy day on September 10th, 2014.

Even if they didn't take action, tens of millions of users saw the messages plastered across the web. Big sites and services like Reddit, Twitter, Netflix, Spotify, Airbnb and Amazon all either urged advocacy or pointed users to sites like BattleForTheNet.com, which supplied premade form letters to fire off to the FCC and routed users to their Congressional representative's phone number.

The stock message to the agency, echoed by statements from Google, Facebook, Dropbox, YouTube and internet advocates, is simple: Don't do anything. During the Obama administration, the FCC officially classified the internet a utility, meaning ISPs (in theory) can't limit users' speed or access to sites. Shortly after he was appointed by Trump, FCC Chairman Ajit Pai started vocalizing his disdain for Net Neutrality, calling his agency's previous support of it a "mistake." Whether yesterday's activism changes his mind is a question for tomorrow.

In this article: advocacy, FCC, internet, NetNeutrality, TL17NTNEUT
All products recommended by Engadget are selected by our editorial team, independent of our parent company. Some of our stories include affiliate links. If you buy something through one of these links, we may earn an affiliate commission.