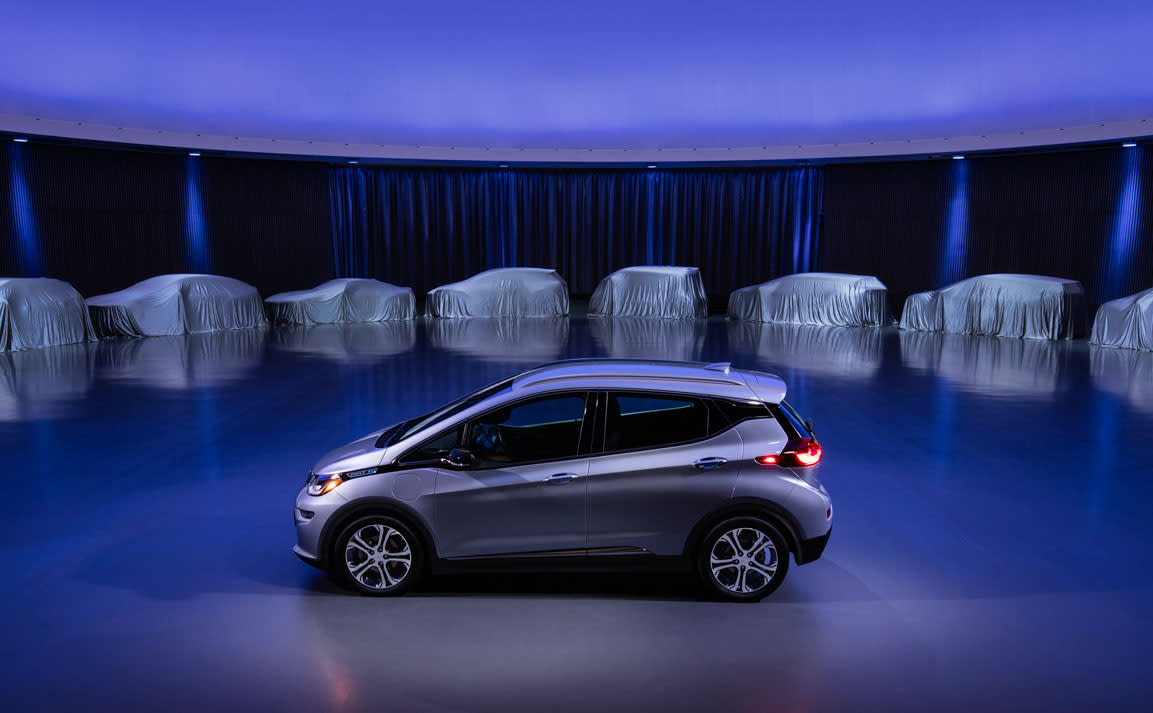 GM is joining other automakers declaring its intention introduce a substantial number of electric vehicles by the middle of the next decade. Today, the automaker announced it would have at least 20 electric cars on the road by 2023. During the announcement this morning, Mark Reuss, vice president of global product development said, "GM believes the future is all electric."

The company also introduced the SURUS (Silent Utility Rover Universal Superstructure) a fuel cell electric heavy-duty truck with four-wheel steering. The vehicle is part of GM's plan to introduce fuel-cell vehicles to its lineup in addition to plug-in electric vehicles and hybrids.

Reuss said both EV and fuel-cell vehicles will be based on upon what GM has learned from the Chevy Bolt EV which launched in December of 2016 in California and Oregon and has since become available nationwide. The car's relatively low price, long range and kudos from the owners and the automotive press have been a huge win for the automaker. In its wake, GM CEO Mary Barra announced a "zero crashes, zero emissions and zero congestion" vision.

Today's announcement is the zero emissions portion of that vision. The automaker is hoping that with 20 electrified vehicles it'll be able to bring EVs to all vehicle segments especially the lucrative SUV and crossover market. One way it's hoping to do that is with its new battery pack architecture that's available in two different heights for different vehicle sizes.

As for how it intends to sell fuel-cell vehicles while that refueling infrastructure is still in its infancy, the company didn't get into specifics about its plan. Still, if GM can replicate the success of the Bolt on its upcoming electric vehicles, it might be able to at least use some of its EV clout to help build out the fuel-cell infrastructure.

In this article: Chevy, ChevyBolt, design, electricvehicles, EV, fuellcell, gadgetry, gadgets, gear, GM, green, marybarra, tomorrow, transportation
All products recommended by Engadget are selected by our editorial team, independent of our parent company. Some of our stories include affiliate links. If you buy something through one of these links, we may earn an affiliate commission.