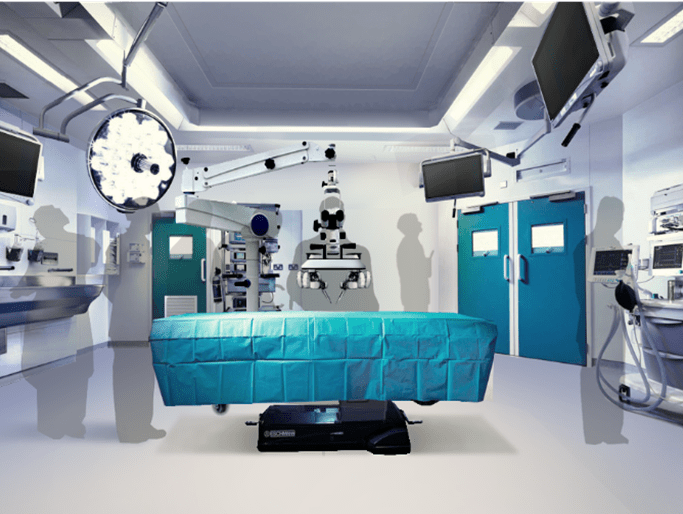 Surgeons in the Netherlands recently performed a procedure requiring immense precision as it's carried out on super tiny blood and lymphatic vessels. The surgery is extremely difficult to do and only a handful of surgeons are willing to do it. But for this particular procedure, Maastricht University Medical Center+ surgeons utilized a robot that was built to perform these sorts of complex microsurgeries right alongside doctors.

The robot was developed by a company called Microsure and it works by converting the motions of surgeons' hands into more precise, localized and tremor-free movements. The surgical task was to connect tiny lymphatic vessels to small nearby veins in order to alleviate a condition called lymphedema that features a buildup of lymphatic fluid. Lymphedema often occurs as a result of cancer treatments that disrupt the drainage of lymphatic fluid, causing severe swelling and pain. The patient that underwent the surgery is doing well. "We are very pleased and proud that the first intervention using our robot has been a success, and that the surgeons are enthusiastic," Microsure CTO Raimondo Cau said in a statement.

Cau says that the next steps are to expand the types of surgeries Microsure's robot can assist with including tissue reconstructions and tumor removals. And its robot joins others that have begun to take some of the reins away from people. A robot just recently performed a tooth implantation all on its own in China and two different robots have been used to complete delicate eye surgeries. You can check out a video of Microsure's robot below.

In this article: cancer, design, gear, medicine, Microsure, microsurgery, netherlands, robots, surgery, video
All products recommended by Engadget are selected by our editorial team, independent of our parent company. Some of our stories include affiliate links. If you buy something through one of these links, we may earn an affiliate commission.