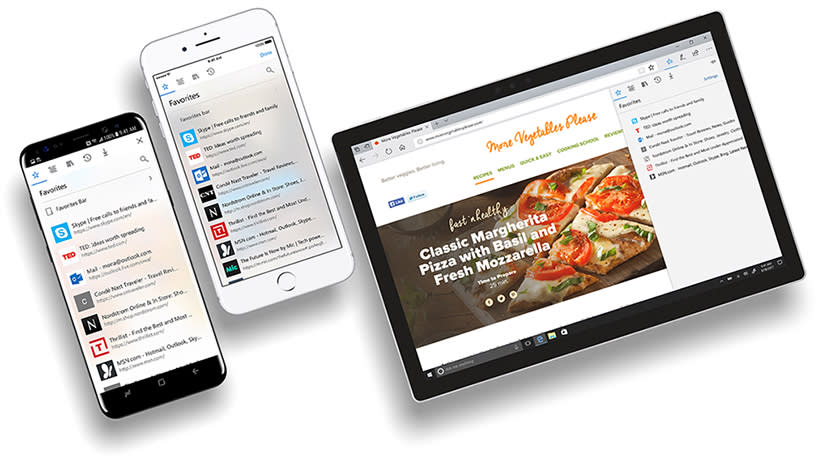 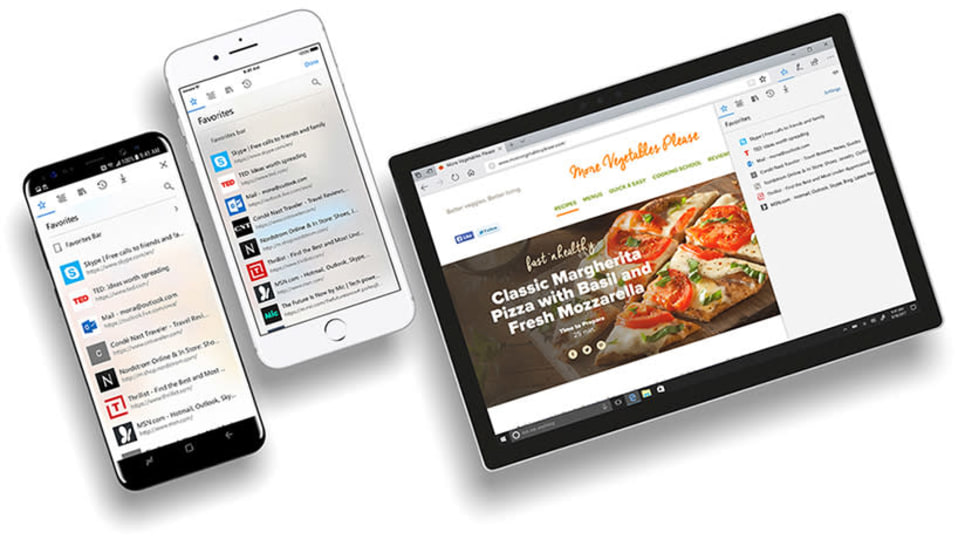 Microsoft's new mobile strategy? Bring as many of its services as it can to other platforms. That started with Microsoft Office and Cortana, and it's continuing with its Edge browser, which is available in beta on iOS and Android today. For now, the early version of the mobile browser is only available to Windows Insiders, which requires a Windows 10 PC to sign up. iOS users will be able to access it through Testflight, while Android users can snag it through Google Play's app testing service.

Edge's minimalist style on Windows carries over to its iOS and Android mobile apps. The mobile browser also synchronizes with your experience on the desktop, allowing you to easily continue what you're reading on a Windows 10 machine. And of course, bookmarks, reading list and passwords will get synchronized, as well. Aside from a built-in QR code reader, there's not much differentiating Edge from mobile browsers, though.

In this article: Android, browser, Edge, gear, iOS, microsoft, microsoftedge, mobile, web
All products recommended by Engadget are selected by our editorial team, independent of our parent company. Some of our stories include affiliate links. If you buy something through one of these links, we may earn an affiliate commission.