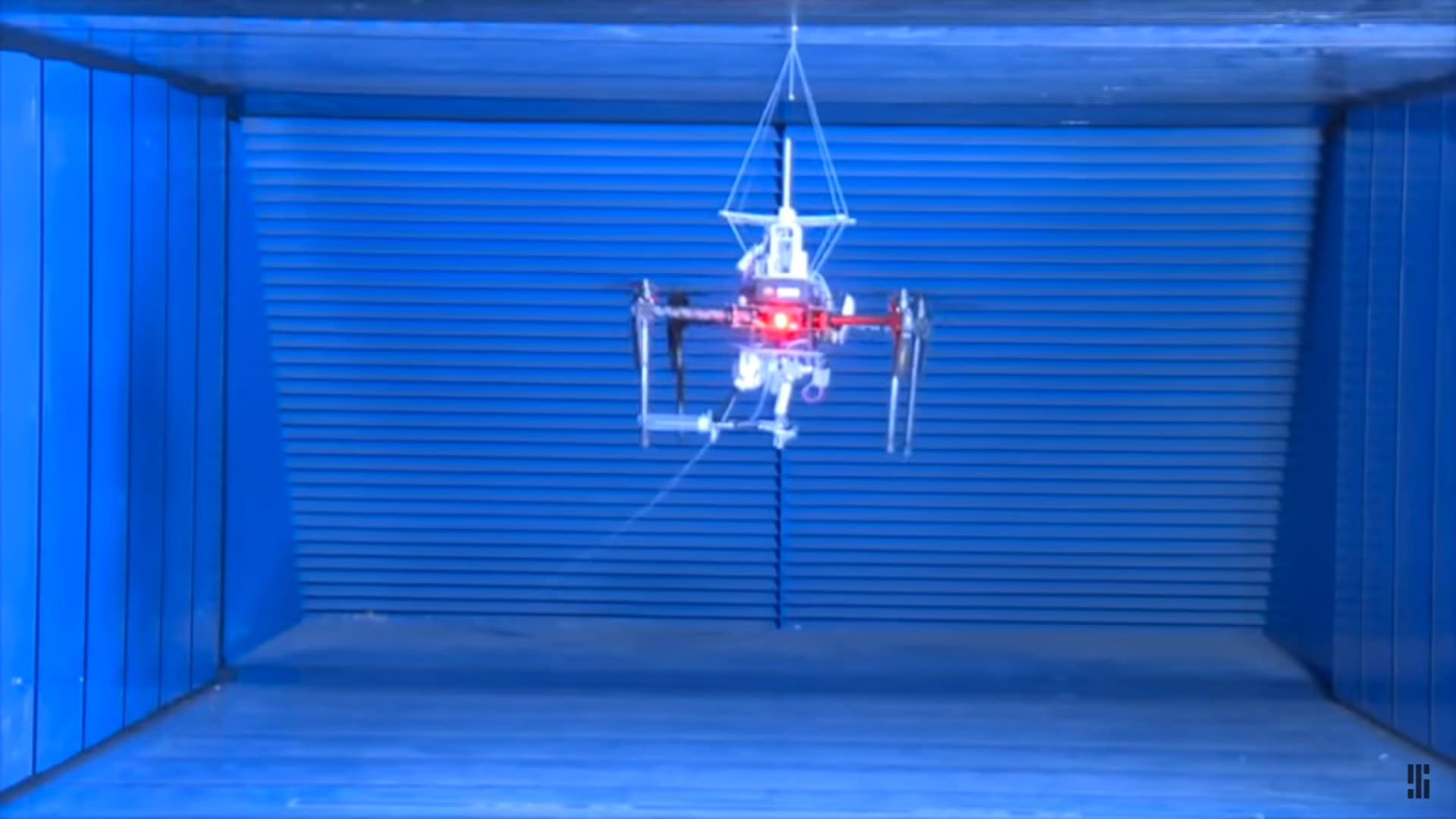 Consumer drones have more or less conquered hovering, but are there easier ways to stay in place? Researchers from Imperial College London have a possible answer: The SpiderMAV, a UAV that shoots ropes that magnetically cling to surfaces to anchor itself in place.

Imperial College London's Aerial Robotics Lab presented the SpiderMAV at the Intelligent Robots and Systems (IROS) conference in Vancouver last week. The UAV concept is a DJI Matrice 100 drone modified with two anchor-firing systems: A "perching' emitter on top that uses compressed gas to shoot magnet-threads upward that reel in until taut, spider-style, and a "stabilizing" pod on the bottom that fires three anchors outward to keep the SpiderMAV in place.

The SpiderMAV isn't fully operational: Once its anchors are deployed, it doesn't have mechanisms to detach them. But the drone concept illustrates supplemental mechanisms that could help future drones perch in place to save power or stabilize for jostle-free camera shots, for example. But given the pace of drone tech (which is still struggling to implement 'follow me' features), it might be awhile before we see commercial UAVs do more than hover and fly.

In this article: drone, gadgetry, gadgets, gear, ImperialCollegeLondon, uav
All products recommended by Engadget are selected by our editorial team, independent of our parent company. Some of our stories include affiliate links. If you buy something through one of these links, we may earn an affiliate commission.