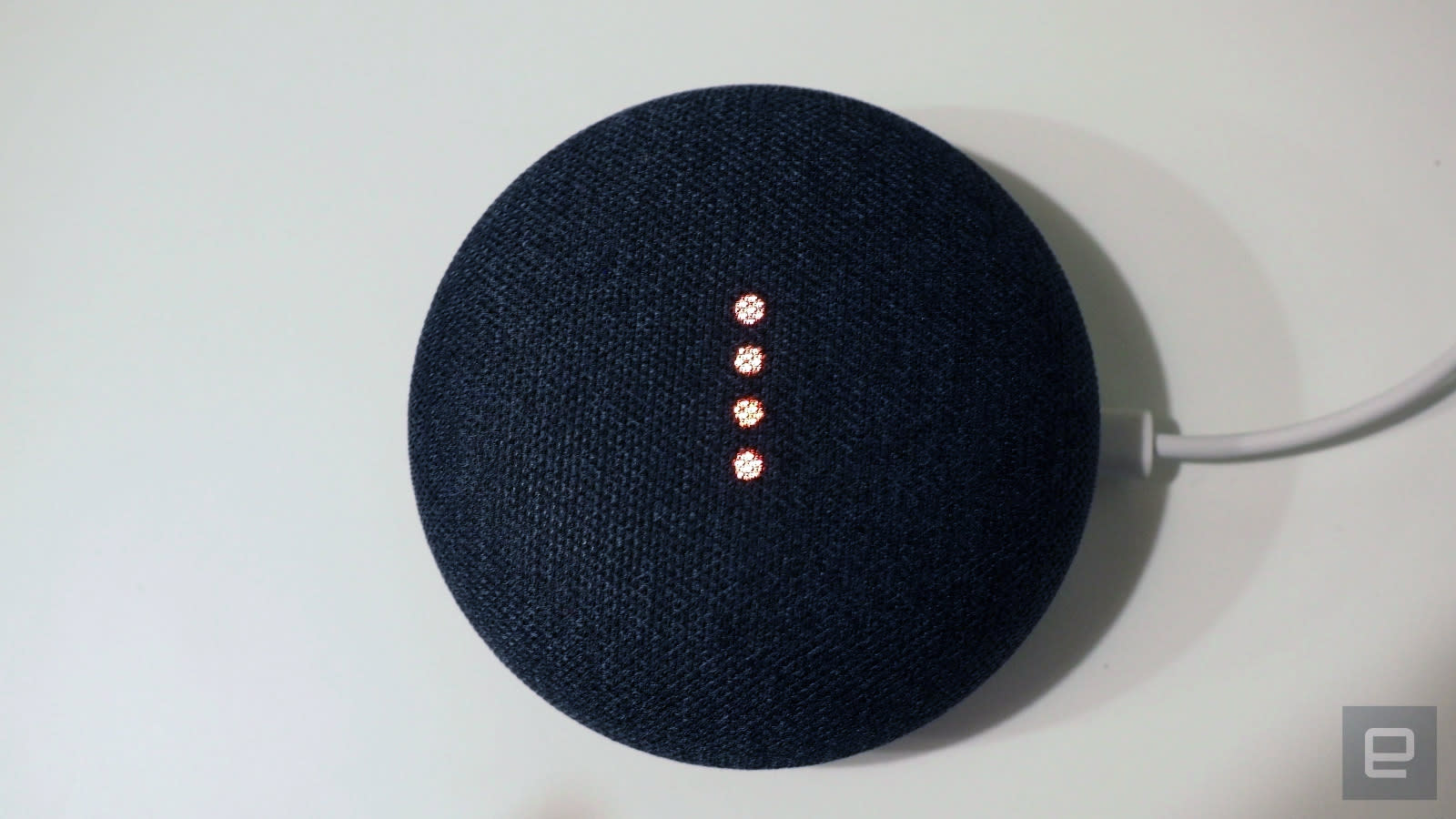 Some of the Home Mini speakers Google gave away during its recent Pixel event aren't working correctly. That's what the company found out when it examined the unit it gave to Artem Russakovskii from Android Police. Russakovskii told the tech titan that the device he got from the recent Pixel event was recording sounds in his house 24/7. He noticed that his Home Mini would flash its lights even if he doesn't activate it by saying "OK, Google" or by giving the touch panel a long press. When he checked his activity portal, it was filled with recordings saved on Google's server that could make a conspiracy theorist shout "I knew it!" Since the company is releasing the speaker in a few days, it took Google less than three hours to scoop up the rogue speaker from his home.

Here's a video of his Home Mini recording every sound that comes out of his TV:

After a Google engineer examined his unit, the big G found out that the device's touch panel has been behaving erratically and activating the device on its own. As a result, Google has rolled out a software patch that deactivates the panel's "touch to start" function.

"We learned of an issue impacting a small number of Google Home Mini devices that could cause the touch mechanism to behave incorrectly. We rolled out an update on October 7 to mitigate the issue," a rep said in a statement. "If you're still having issues, please feel free to contact Google Support at 1-855-971-9121 to get a replacement Google Home Mini."

We'll bet Google is rushing to fix the issue before the device starts shipping on October 19th. But if you want to be sure, the firmware that disables the touch panel is numbered 1.28.100122.

In this article: defect, gear, google, googlehomemini, home
All products recommended by Engadget are selected by our editorial team, independent of our parent company. Some of our stories include affiliate links. If you buy something through one of these links, we may earn an affiliate commission.