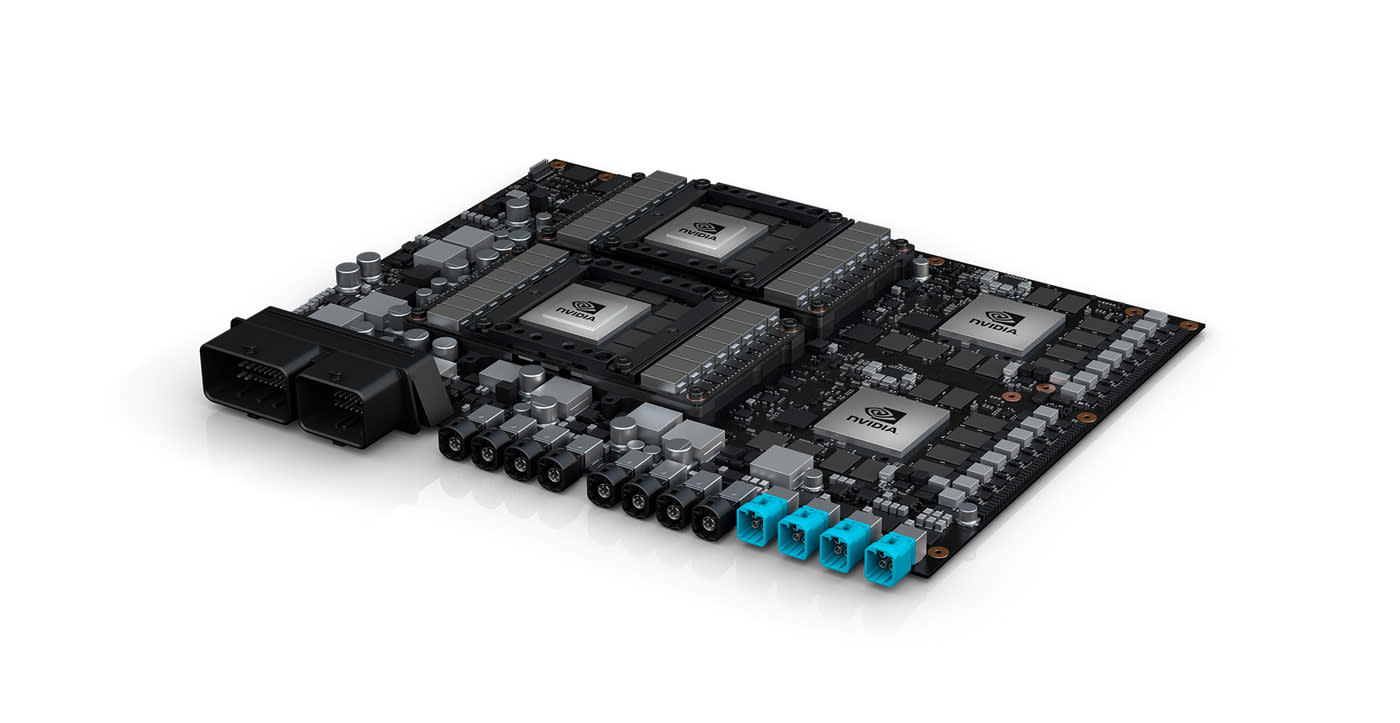 At the center of many of the semi-autonomous cars currently on the road is NVIDIA hardware. Once automakers realized that GPUs could power their latest features, the chipmaker, best known for the graphics cards that make your games look outstanding, became the darling of the car world.

But while automakers are still dropping level 2 and sometimes level 3 vehicles into the market, NVIDIA's first AI computer, the NVIDIA Drive PX Pegasus, is apparently capable of level 5 autonomy. That means no pedals, no steering wheel, no need for anyone to ever take control.

The new computer delivers 320 trillion operations per second, 10 times more than its predecessor. Before you start squirreling away cash for your own self-driving car, though, NVIDIA's senior director of automotive, Danny Shapiro, notes that it's likely going to be robotaxis that drive us around.

In fact, the company said that over 25 of its partners are already working on fully autonomous taxis. The goal with this smaller, more powerful computer is to remove the huge computer arrays that sit in the prototype vehicles of OEMs, startups and any other company that's trying to crack the autonomous car nut.

NVIDIA's announcement should make all those companies happy. The computing needed to power a self-driving car's AI and data-crunching, not to mention the huge amounts of data coming from potentially dozens of cameras, LiDAR sensors, short and long-range radar is staggering and usually means there's a small server room stored in the trunk. All that processing power sucks up a ton of power from the vehicle and as more cars are going electric, the last thing an automaker wants is a system that cuts into the range of their new car.

The new NVIDIA Drive PX Pegasus AI computer is the size of a license plate and uses far less power than the current model. But it's going to be a while before anyone gets their hands one. The new computer will be available in the second half of 2018 with next generation GPUs that NVIDIA hasn't actually announced yet.

There's already one institution that's ready to go autonomous: the Deutsche Post DHL. The delivery service is looking to deploy a pilot fleet with the current Drive PX in 2018. The idea is to have a car that is able to shadow its delivery people as they drop off packages. A driver could get out of the truck or van with a few packages for a block and when they are finished, the vehicle will be waiting for them outside the last house.

In this article: AI, ArtificialIntelligence, AutonomousVehicles, gadgetry, gadgets, gear, gpu, nvidia, personal computing, personalcomputing, robots, selfdrivingcar, tomorrow, transportation, vehicle
All products recommended by Engadget are selected by our editorial team, independent of our parent company. Some of our stories include affiliate links. If you buy something through one of these links, we may earn an affiliate commission.