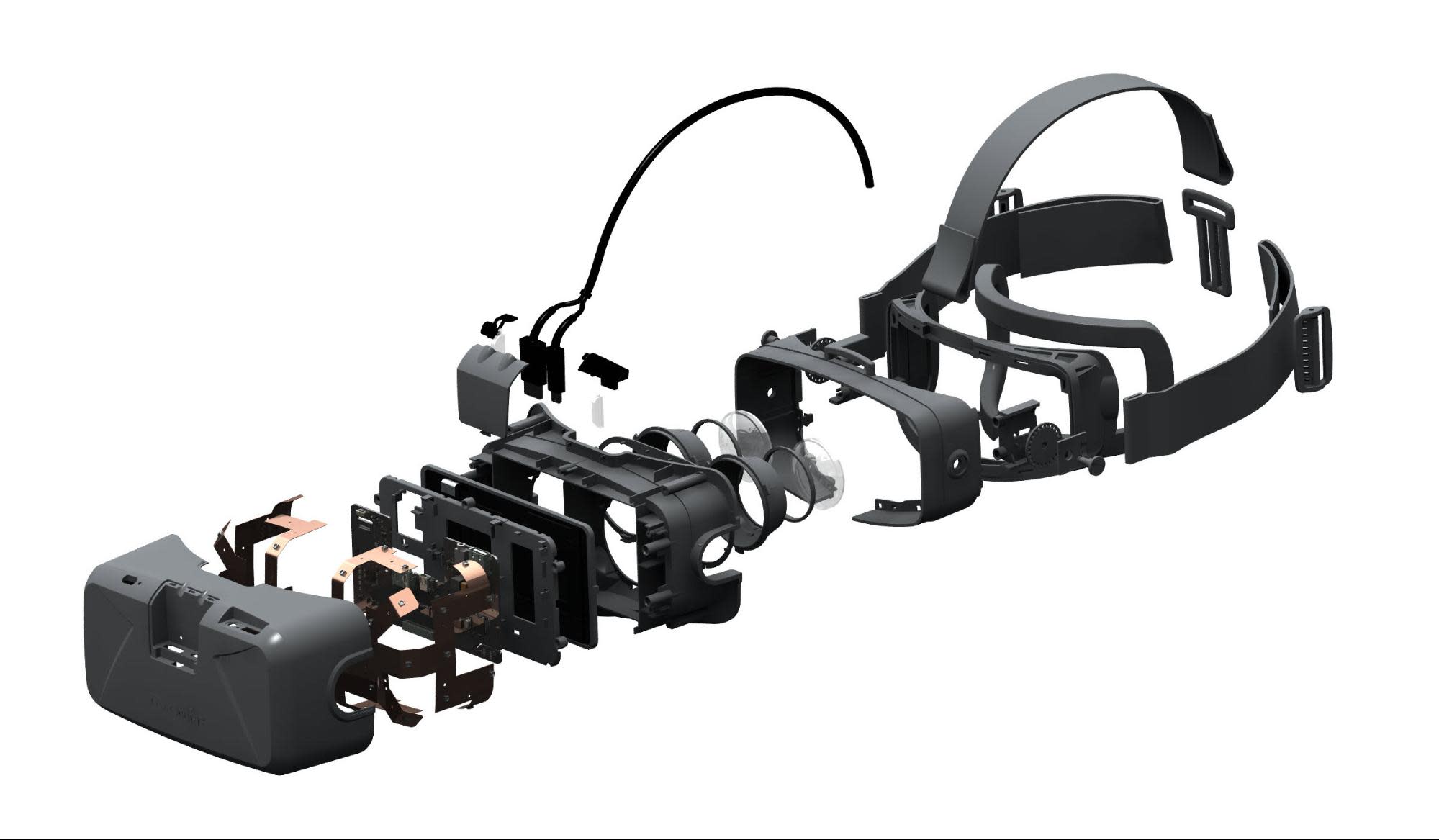 Three years ago, Oculus made the source code for the Oculus Rift DK1 open to all. Now, with the fourth Oculus Connect on the horizon, the company is doing it again with the Rift DK2. It has released the Rift Development Kit 2 (DK2) to the public; Oculus's intention is "to preserve and share what we learned about VR in the early days, and to let anyone use the design in their own projects."

The schematics are available on Github; the CAD, artwork and documentation are licensed under Creative Commons Attribution 4.0 International, meaning they can be reused and modified, but Oculus must be credited. The firmware situation is a little more complicated; it's available under a BSD+PATENT license, which you can dig into on the DK2 page.

The files are divided into four different folders: Documentation, which consists of high-level specs on the firmware, sensor and headset. Cable contains information about the cable, which Oculus says was actually one of the most complex and challenging parts of the device. It had to handle high speed over long distances, be removable, have Y-splits on both ends and be able to measure up to repeated and sustained use. They warn that the cable is likely not replicable. There are also challenges with the Sensor, the third folder, as its firmware wasn't available for redistribution. Finally, Headset has the mainboard firmware, artwork and CAD for the headset.

You likely will not be able to build a full DK2 according to these specifications because of challenges sourcing components, but it's still a nice move on the part of Oculus. Clearly the company wants to make sure the developer community is invested in its product, and this is a great way to go about it.

In this article: dk2, facebook, gadgetry, gadgets, gear, oculus, oculusrift
All products recommended by Engadget are selected by our editorial team, independent of our parent company. Some of our stories include affiliate links. If you buy something through one of these links, we may earn an affiliate commission.