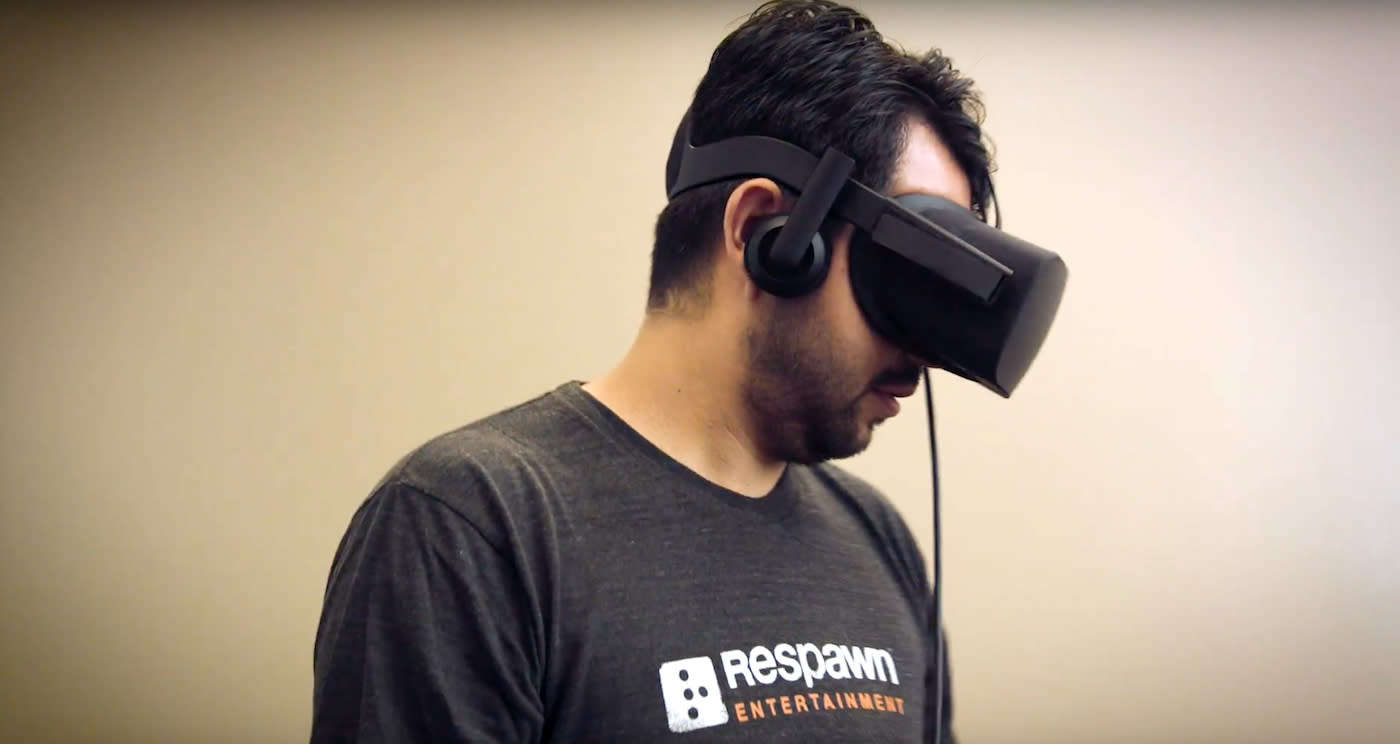 Respawn Entertainment might be going back to its historic stomping grounds. In virtual reality. A quick tease from the Oculus Connect stage revealed that the team that made Call of Duty is working on what very well may be a VR take on wars of the past. Studio director Peter Hirschmann writes that it isn't Titanfall in VR, nor is it related to Star Wars, the game Respawn is working on for EA. "We really want to depict being a soldier in combat in a more fully fleshed-out and realistic way," CEO Vince Zampella says in the video below. No other details are available (not even a name) but the clip ends with a big "2019." Respawn has had a Rift development kit since at least 2013, so that could very well be a realistic release window.

Hey, look what arrived at the office today. Very excited to play around with @oculus tech. http://t.co/1JumoRQUoy

"We're so excited to be working on a game that's going to make an impact on the industry," Respawn's Jon Shiring says. A bold claim, but coming from one of the architects behind Titanfall's network structure, the statement has some weight behind it.

In this article: av, callofduty, facebook, fps, gaming, jonshiring, oculus, oculusconnect4, respawn, respawnentertainment, shooter, vincezampella, virtualreality, vr, warfare, worldwar, worldwarii
All products recommended by Engadget are selected by our editorial team, independent of our parent company. Some of our stories include affiliate links. If you buy something through one of these links, we may earn an affiliate commission.