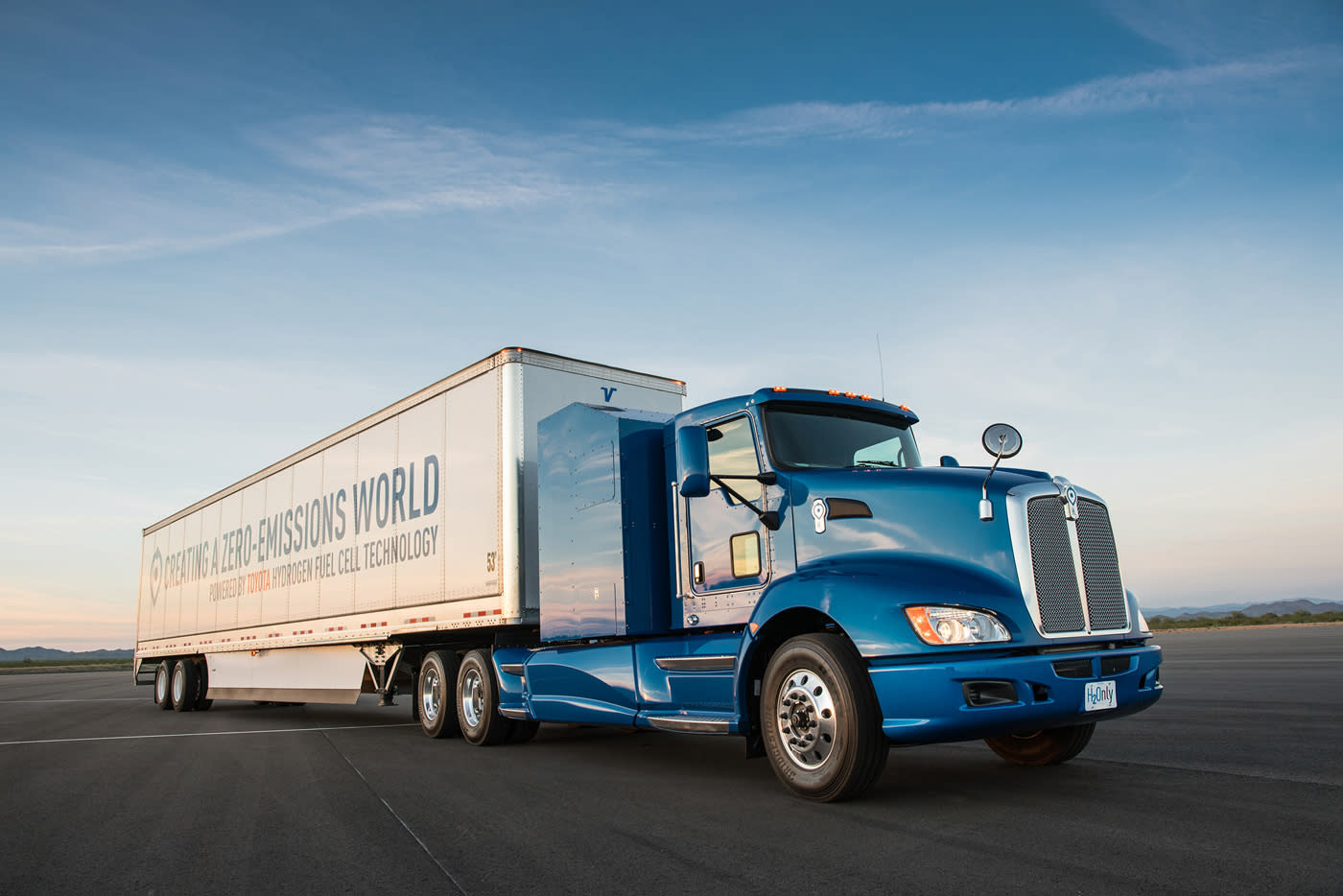 After completing 4,000 "development" miles at the port of Los Angeles, Toyota's Project Portal hydrogen fuel-cell big rig is ready to start transporting cargo from that port and the one in Long Beach to rail yards and warehouses beginning on October 23.

The class 8 Toyota truck is capable of producing more than 670 horsepower with 1,325 pounds of torque -- more than enough for even the heaviest Amazon delivery. The semi began its testing at the ports back in April, with Toyota partnering with drayage (transporting goods over short distances) provider Southern Counties Express. As the trial progressed, more and more cargo had been added until the two companies decided the truck was ready to become part of the proper fleet of vehicles later this month.

Powering the truck are two fuel stacks from Toyota's fuel-cell Mirai sedan and a 12kWh battery. The automaker says the big rig is capable of transporting 80,000 pounds and has a range of about 200 miles per fill-up. That's more than enough to move cargo around the Los Angeles area. Plus, it can quickly be put back on the road thanks to the fact that hydrogen fuel-cell vehicles can be refuelled as quickly as traditional gas-powered car.

While automakers have been touting their long-term electric vehicle plans, many of them have been simultaneously working on fuel-cell vehicles as a way to hedge their bets. A hydrogen fuel-cell vehicle can refuel as quickly as a gasoline vehicle, but like an EV, produces no CO2. It seems like it would be a seamless transition from traditional driving, or at least more so than what's expected from electric vehicles, which need to be plugged in and charged for hours to fulfill their range promises.

At issue is the lack of a robust hydrogen fuel-cell refueling infrastructure. Toyota and other automakers have worked closely with third parties to set up stations in Los Angeles, San Francisco and the north east. Anywhere else, and you're basically out of luck. But if programs like Toyota's Project Portal prove to be a hit, it might be just the boost the fuel-cell infrastructure needs for mass adoption.