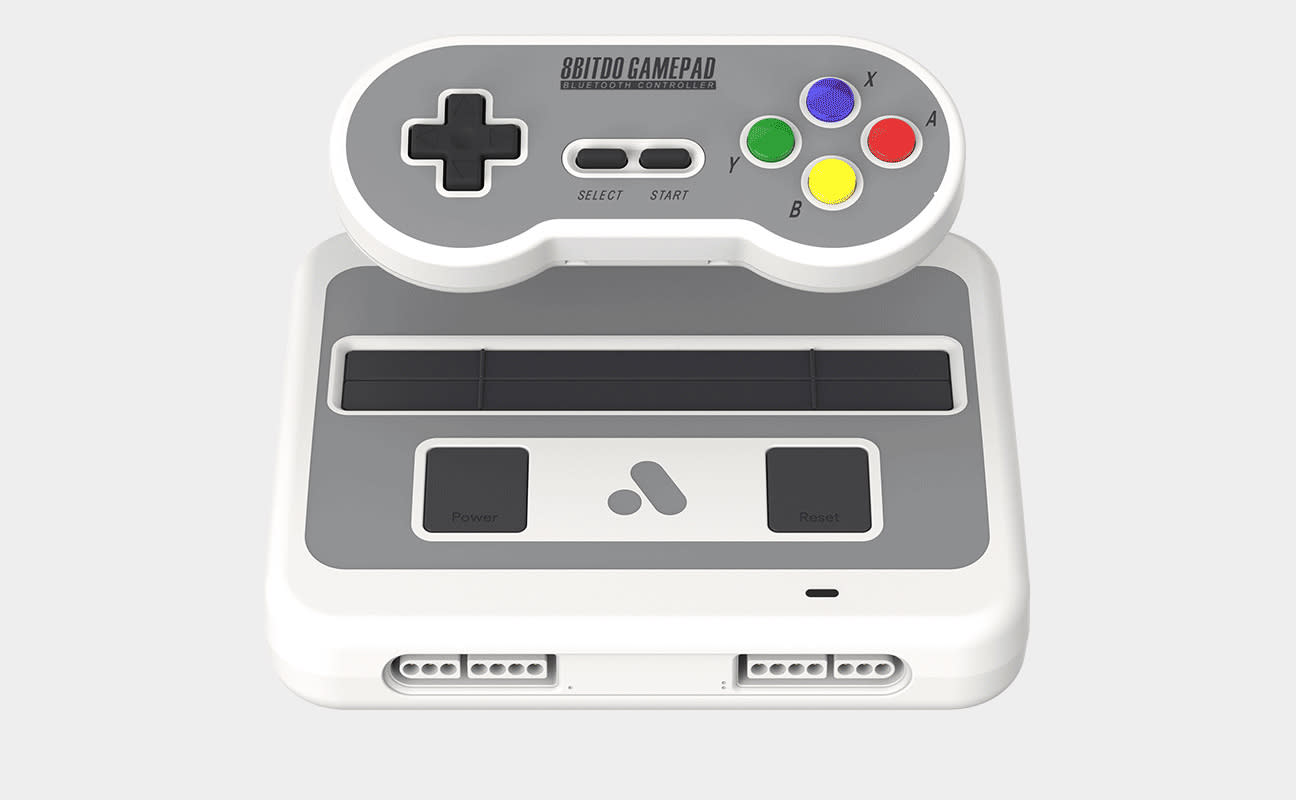 Just as the NES Classic Edition broke ground before the SNES Classic, Analogue is also following up on Nintendo's wallet-grab on our childhood memories with another premium, no-compromise mini console that plays the gaming carts of yesteryear, and solves some of our issues with the official miniature SNES. This is all, however, for a premium price. Naturally.

The main selling point of the Super Nt is that it doesn't tap emulation to play retro games. You can use old cartridges to play your games exactly like they were -- for better and worse. Yep, it's accurate and lag-free, but there's also no save state feature, like that found on the official mini console. The Super Nt does, however, add aspect ratio preservation for your wide-screen TV, as well as multiple resolution options, scanlines and scaler options to make sure games look as old as you remember them looking. It's also outputting your favourite 16-bit chip loops at 48kHz -- high-fidelity (for a SNES) audio.

Compared to Nintendo's version, Analogue is positioning its mini-SNES as a premium product. There are black, see-thru and classic-colored consoles to choose from, each priced at $190, while wireless controllers (from 8bitdo) also come in the same color options at $40 a pop. Interestingly, this makes the console much cheaper than its predecessor, the Nt Mini. However, with those wireless controller prices -- there's none in-box -- it still brings the price up to just below $300. In comparison, the SNES Classic retailed for $80.

While we've got the prices, we still don't know an exact launch date. However, given we know everything else, and have plenty of images of it, we'd suspect it's going to arrive sooner rather than later.

Update: In fact preorders are live here -- and you can expect delivery early next year.

In this article: 8bitdo, analogue, gadgetry, gadgets, gaming, gear, nintendo, ntmini, snes, snesclassic, snesmini, supernt, superntmini
All products recommended by Engadget are selected by our editorial team, independent of our parent company. Some of our stories include affiliate links. If you buy something through one of these links, we may earn an affiliate commission.