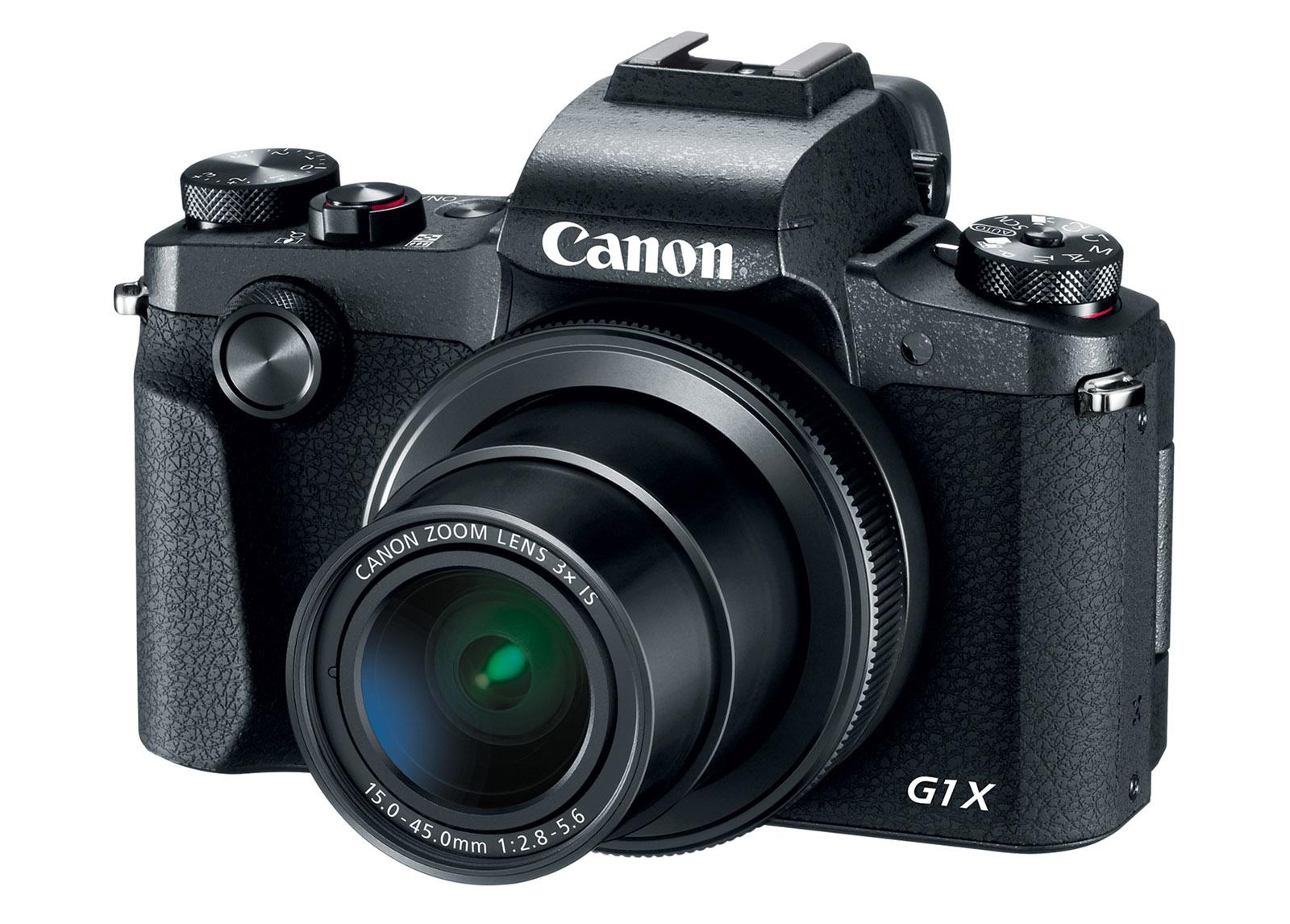 Canon has unveiled its first-ever APS-C sensor compact zoom camera, the 24.3-megapixel PowerShot G1 X Mark III. It trades in the sleek body of the last G1 X Mark II model for a more DSLR-like, physical dial-laden body that's very similar to the G5 X compact. It also features Canon's fast and accurate dual-pixel autofocus and an all-new 2.36 million OLED electronic viewfinder (EVF). To get those big-sensor bragging rights, however, Canon had to sacrifice a few key features from the last model and jack up the price significantly.

During a call, company engineers pointed out that with a larger sensor borrowed from the company's EOS 80D DSLR, the f/2.8-5.6 lens will still be capable of shallow depth-of-field, and is faster than its DSLR or mirrorless kit lenses. Photographers will now have to decide, however, whether they want a big sensor or faster lens, like the one on the cheaper Sony RX100 V or the stellar f/1.4-2.8 model on the Panasonic LX10. The 2.36 million dot EVF was a much-requested feature by owners of the last model, and the G1 X Mark III now has a 3.0-inch vari-angle touch display with touch and drag autofocus -- letting you focus with your finger on the touchscreen while looking through the EVF. With the dual-pixel autofocus and a Digic 7 image processor, the compact can now shoot at 7 fps with continuous AF tracking or 9 fps with fixed tracking. It also has five-axis optical stabilization and a new type of shutter release that Canon calls "more DSLR-like."

The dual-pixel AF improves focus speed for both still and video images, but with a serious caveat next to its competition. As with other recent Canon models like the M100 mirrorless, the G1 X Mark III is limited to 1080p 60fps video, while rivals like Panasonic and Sony have cheaper compacts (the RX100 V and LX10) that can shoot 4K/30 fps and 1080p at 120 fps.

Other features include a new panoramic mode that can stitch up to seven photos together, either horizontally or vertically. There's now WiFi, NFC and Bluetooth, making for easy pairing, photo transfers and remote live-view shooting of stills and video. Finally, there's a new time-lapse mode that can automatically determine intervals and exposure.

The biggest pain-point for potential G1 X Mark III buyers is the price. It's available in November 2017 for a stunning $1,299/£1,149, a good $300 more than the RX100 V which, other than the sensor size, offers better specs across the board. If you really want an APS-C compact zoom, however, the G1 X Mark III is currently the only one in the world.

In this article: APS-C, cameras, canon, CanonG1X, Compact, G1XMarkIII, gear, PointAndShoot
All products recommended by Engadget are selected by our editorial team, independent of our parent company. Some of our stories include affiliate links. If you buy something through one of these links, we may earn an affiliate commission.