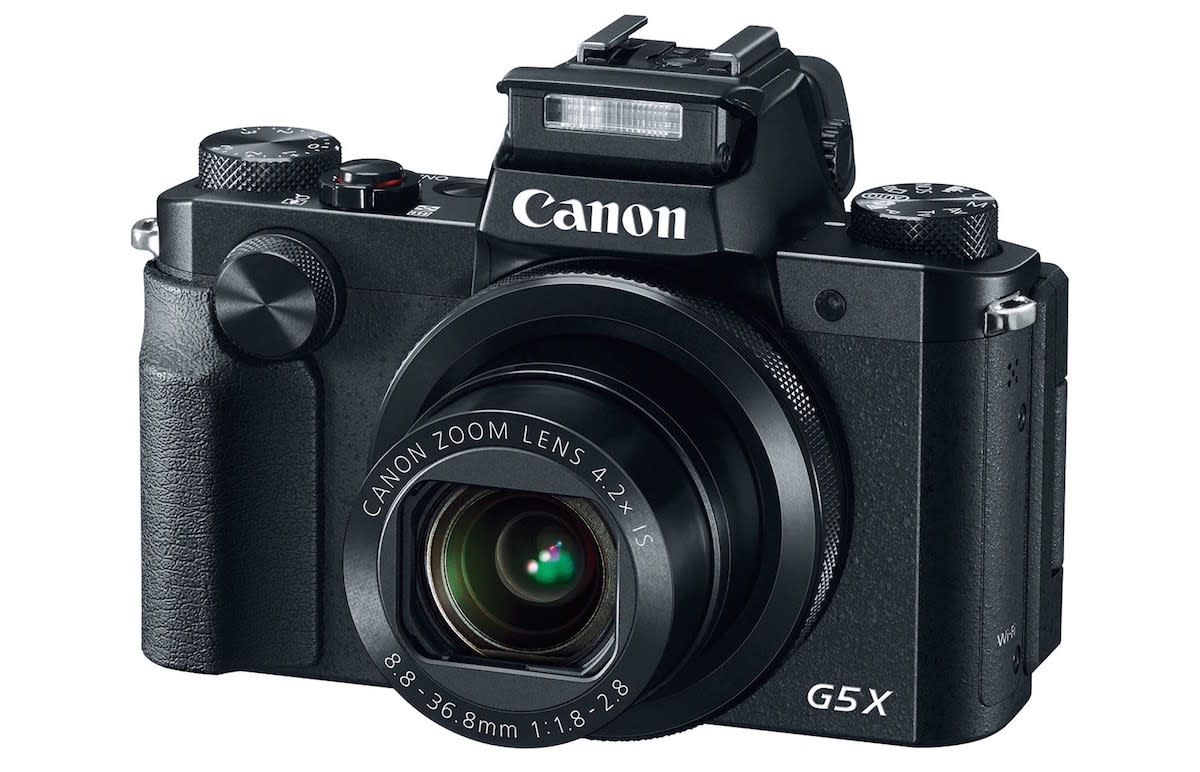 As it turns out, the PowerShot G5 X we got a glimpse of earlier today is indeed real. But there's more where that came from: Canon has also announced the G9 X, another new member of its high-end point-and-shoot series. Similar to the existing G3 X, these cameras feature a 1-inch, 20.2-megapixel CMOS sensor, Digic 6 image processor and ISO up to 25,600 (extended). What makes these two PowerShots different from one another is mostly on the outside. The G5X, for example, has a built-in (2.36-million-dot) electronic viewfinder and a tilting 3-inch LCD on the back, whereas its sibling comes with a fixed screen and lacks an EVF. As a result, the G9 X shines in the weight department, coming in at a mere 209 grams (roughly 0.5 lbs), compared to the 370 grams on the G5 X. There is WiFi and NFC on both, though, letting you easily control the camera remotely and transfer images to a mobile device -- by way of Canon's companion apps. Just as well, you'll be able to record 1080p videos at up to 60 fps, capture RAW files and have access to full manual controls. Canon says there's an improved Star Mode too, for those times when you're looking to shoot some stars. The PowerShot G5 X and G9 X will hit stores in November for $799 and $529, respectively.