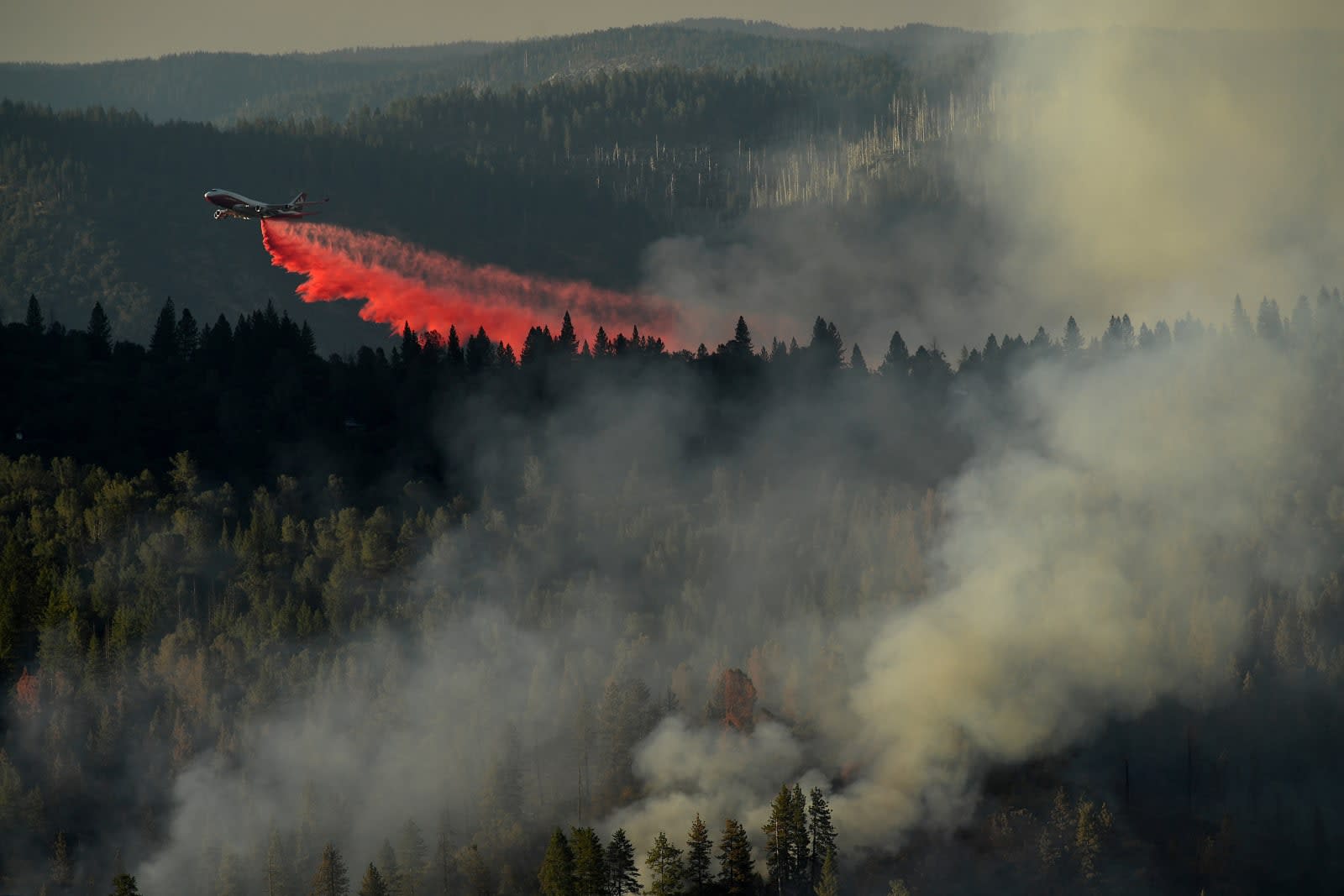 A converted Boeing 747-400 used to fight fires is a great example of old technology reborn with a new purpose. The aircraft, the largest passenger model in Boeing's jumbo lineup, first entered service with Japan Airlines in 1991. After being converted to a water tanker, it can now dump up to 19,200 gallons of water or retardant in just six seconds as low as 200 feet above ground level (AGL), then climb away at 6,000 feet per minute. Those stellar capabilities have made it a big help in fighting California's insanely aggressive wine country fires, which have so far killed 40 people and destroyed over 200 homes.

The 747, dubbed "The Spirit of John Muir," was converted to a tanker in 2012 by the previous owner, Evergreen airlines, before being purchased by Global Supertanker. Because it once served as a passenger craft, it has outstanding high and low-speed performance, flying at up to 600 mph and as slow as 165 mph with the flaps down in a landing configuration. Ground operators can refill it with gel, foam or water in as little as 30 minutes.

Suffice to say, maneuvering a massive jumbo jet loaded with 80 tons of water at 200 feet above ground level is not for the faint of heart. Low and slow flying, especially in large aircraft, is fraught with danger and requires piloting skills of the highest order, especially in the hilly, rising terrain around California's Napa, Sonoma, Mendocino and other counties.

In another video, a pilot of the twin-engine lead plane describes how the drops work. The lead pilot first flies to the fire area and assesses the situation, choosing the altitude, heading and "escape" route for the 747 Supertanker. Both planes then fly the route, with the lead plane tracking it first and then getting out of the way while the 747 makes its tank run. To see several drops from the 747's cockpit, check out this insane video from an operation in Chile (the lead aircraft is visible at around 1:06).

If you think such a plane is impractical for firefighting, Global Supertanker assures us it's not. Despite its enormous size, the 747 often flies just 200 feet over the highest obstacle at very low flying speeds, something that makes even Cessna pilots like me pucker up. But the enormous plane is astonishingly maneuverable and powerful, and offers the the best forward and peripheral visibility of nearly any jet. It's also less expensive than you'd think, offering the lowest cost-per-gallon drops of any fire tanker aircraft.