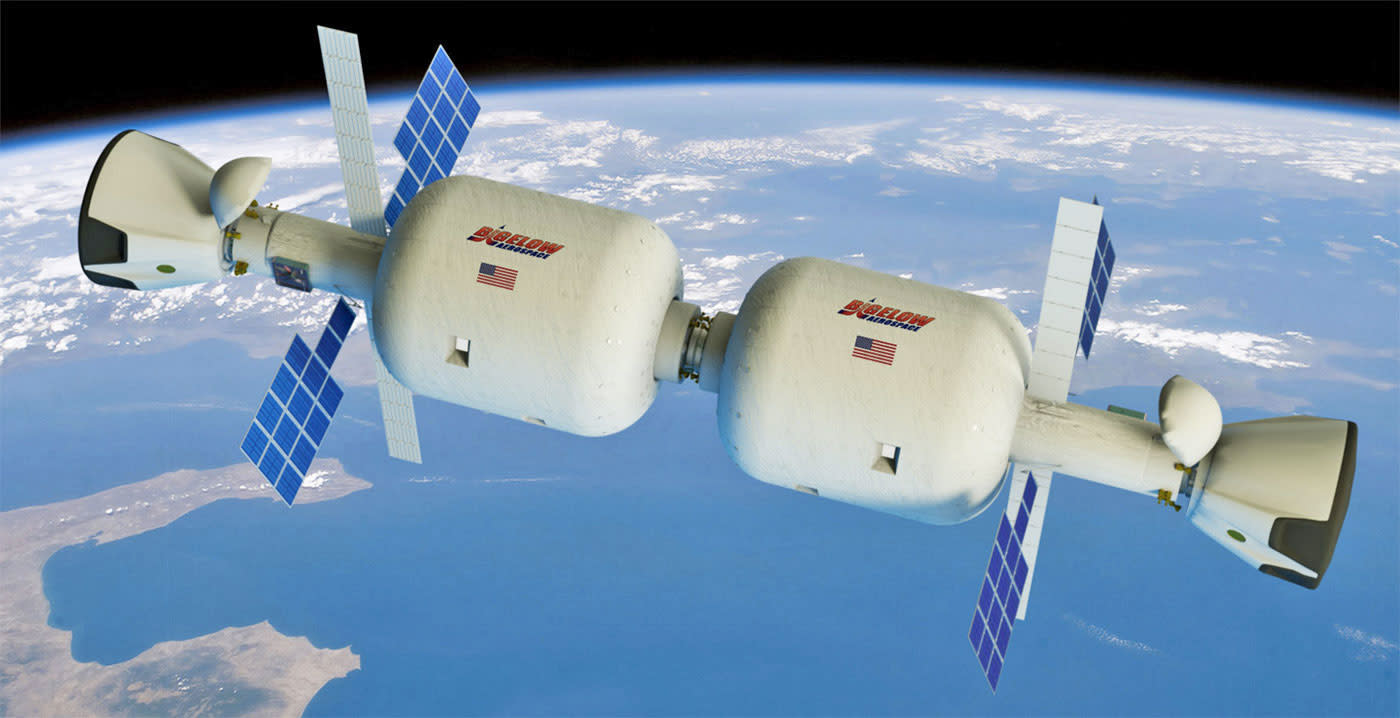 Bigelow Aerospace has been working on inflatable space habitats for a while now. The company sent a small inflatable unit to the ISS that added a small living area on the space station and it partnered with United Launch Alliance (ULA) last year on plans to launch its B330 module to Low Earth Orbit. Now, the company has just announced that it will continue the partnership and send another B330 inflatable habitat to Low Lunar Orbit by 2022.

This new module, about a third of the size of the ISS itself, is first set to launch to Low Earth Orbit via on a Vulcan 562 rocket that's currently in development by ULA. Once it's in orbit, Bigelow Aerospace plans to outfit the habitat and make sure all is working well. When it's ready, ULA will use two more Vulcan ACES rockets deployed in low earth orbit to push the B330 into low lunar orbit. The idea is to provide a platform for lunar business development as well as a place for NASA to train astronauts and launch longer-term exploration programs. "We are excited to work with ULA on this lunar depot project," said Bigelow Aerospace's president, Robert Bigelow. "Our lunar depot plan is a strong complement to other plans intended to eventually put people on Mars. it will provide NASA and America with an exciting and financially practical success opportunity that can be accomplished in the short term." Such a program could re-energize human interest in returning to the moon, too.

In this article: aerospace, anchorage, bigelow, gear, habitat, lowearthorbit, lowlunarorbit, NASA, space
All products recommended by Engadget are selected by our editorial team, independent of our parent company. Some of our stories include affiliate links. If you buy something through one of these links, we may earn an affiliate commission.