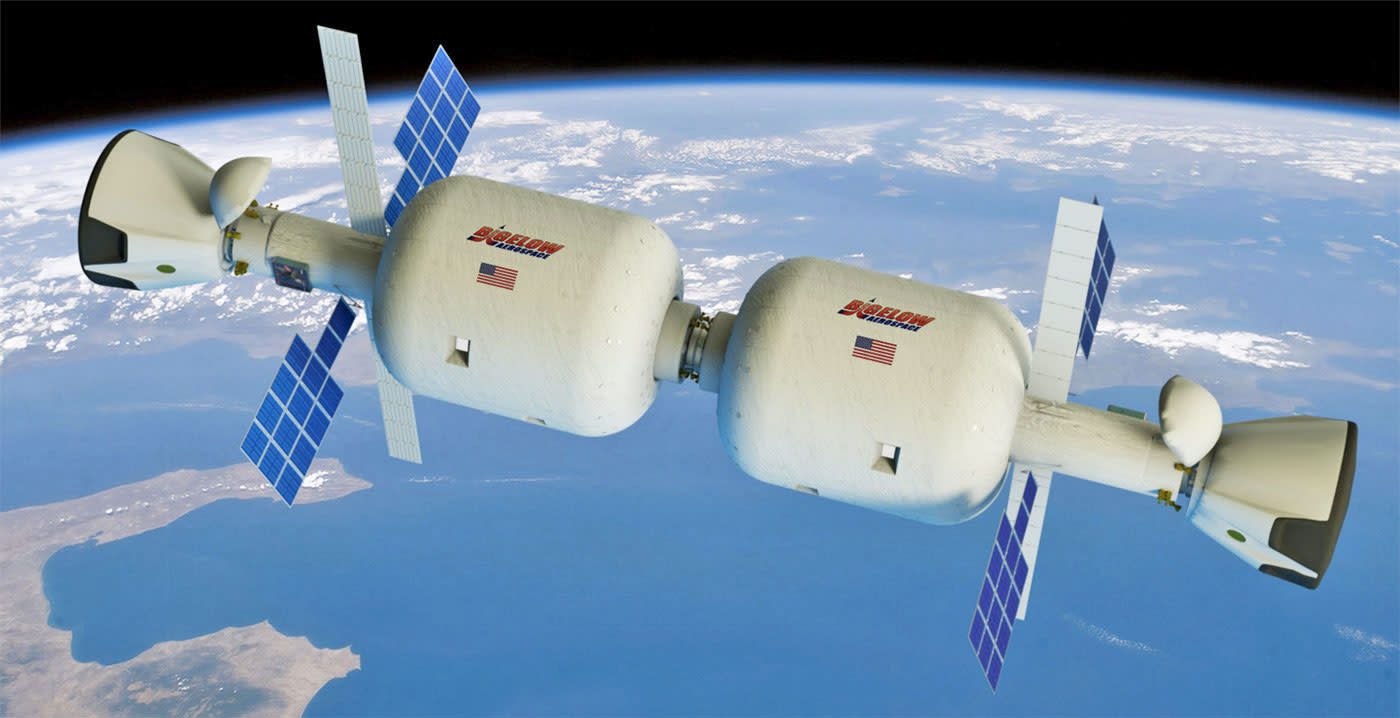 The latest SpaceX launch ferried not just supplies for the ISS, but also an inflatable module designed to add a small living room on the space station. That module was made by Bigelow Aerospace, which has just announced that it teamed up with United Launch Alliance to send its much, much bigger inflatable stations called B330 to Low Earth Orbit. One B330 can add a 330-cubic-meter (or 12,000-cubic-foot) living space to the ISS -- that's 30 percent of its total size, whereas the model that piggybacked on Falcon 9 can only expand the station by five percent.

In order to fit inside an Atlas V rocket, a B330 will be folded when it takes off from Earth. Even then, the Atlas V is the only rocket with a big enough payload compartment to accommodate one. That likely played a huge part in Bigelow's decision to strike a deal with ULA.

Besides expanding the ISS, several B330s can be linked together to form an independent space station, as well. The companies can then rent them out to private corporations and institutions that want to perform non-government scientific research in microgravity. They also think that some companies like Disney could turn them into exciting and (quite literally) out of this world tourist destinations.

If NASA agrees to test the B330 on the ISS like it agreed to test out its smaller predecessor for the next two years, then it will be financing the first module's launch. Either way, the duo aims to send the first of the two inflatable habitats they're planning to space sometime in 2020.

In this article: b330, bigelowaerospace, ISS, issue-20, science, space, ULA
All products recommended by Engadget are selected by our editorial team, independent of our parent company. Some of our stories include affiliate links. If you buy something through one of these links, we may earn an affiliate commission.