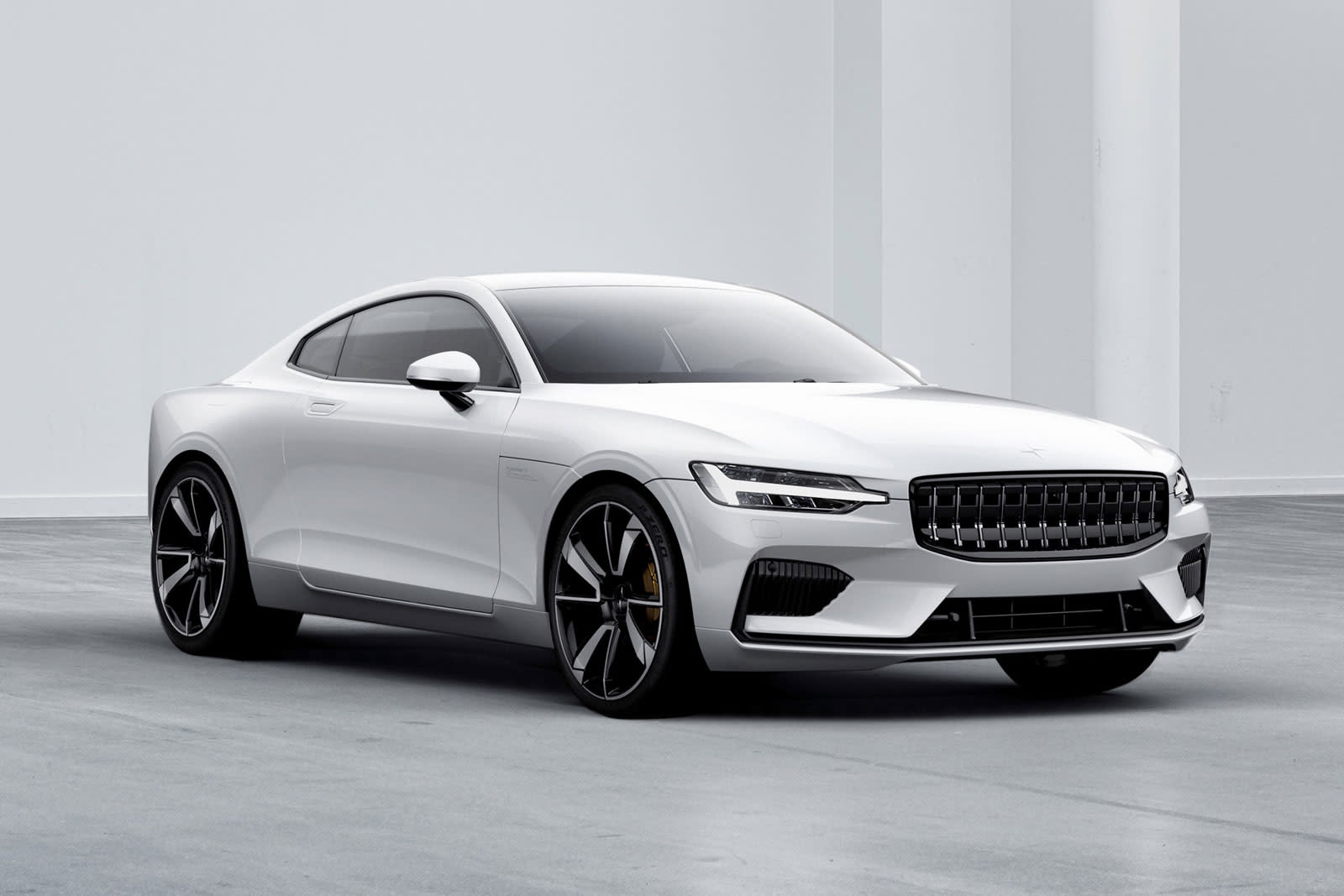 When Volvo declared that its Polestar performance brand would revolve around electric powertrains, it wasn't kidding. Polestar has unveiled its first car, appropriately named the Polestar 1, and it's a plug-in hybrid coupe that musters 600HP while managing a surprisingly large 93 miles of electric-only driving. This is an EV that just happens to have a gas engine under the hood, according to Volvo, and the odds are that you might never use fossil fuels during your daily commute. It also promises to be nimble thanks to a continuously adjusted electronic suspension and an electric rear axle to maximize grip. The 1 sounds like it could be a relatively guilt-free way to drive, then. However, it's almost more important for what it isn't.

When the 1 rolls off the line in mid-2019 (pre-orders are open now), it'll be the only gas-powered car Polestar will ever release -- all models after that will revolve around pure electric power. The first EV in the mix will be the Polestar 2, a mid-sized model meant to tackle the Tesla Model 3 in late 2019, while the Polestar 3 will be an "SUV-style" electric ride. In that light, the 1 is really just a test run that helps Polestar find its footing before it becomes an electric-only badge.

As it stands, Polestar hopes to break ground beyond the car technology itself. Like its sibling brand Lynk & Co., it's veering away from conventional ownership. You'll order your car online, and drive on a 2- to 3-year "all-inclusive" subscription that covers service and renting alternate vehicles. Think of it as a truly comprehensive lease. Moreover, you can use your phone both as a car key and as a gateway to concierge services. There will be physical showrooms (Polestar Spaces), but Volvo is taking a cue from Tesla and won't actually have lots full of cars for you to buy.

It's not shocking that Polestar would go this route. Like many automakers, it's preparing for the possibility that ridesharing and self-driving cars will reduce the need for ownership. And of course, subscriptions give Polestar a constant source of revenue where it might lose out if you rely on third-party garages or make your last car payment. It's betting that generations familiar Netflix and Spotify will prefer the hassle-free nature of an all-you-can-eat service, even if it costs more than you'd otherwise pay.

In this article: car, gear, green, hybrid, phev, Plug-inHybrid, polestar, polestar1, sportscar, transportation, vehicle, volvo
All products recommended by Engadget are selected by our editorial team, independent of our parent company. Some of our stories include affiliate links. If you buy something through one of these links, we may earn an affiliate commission.