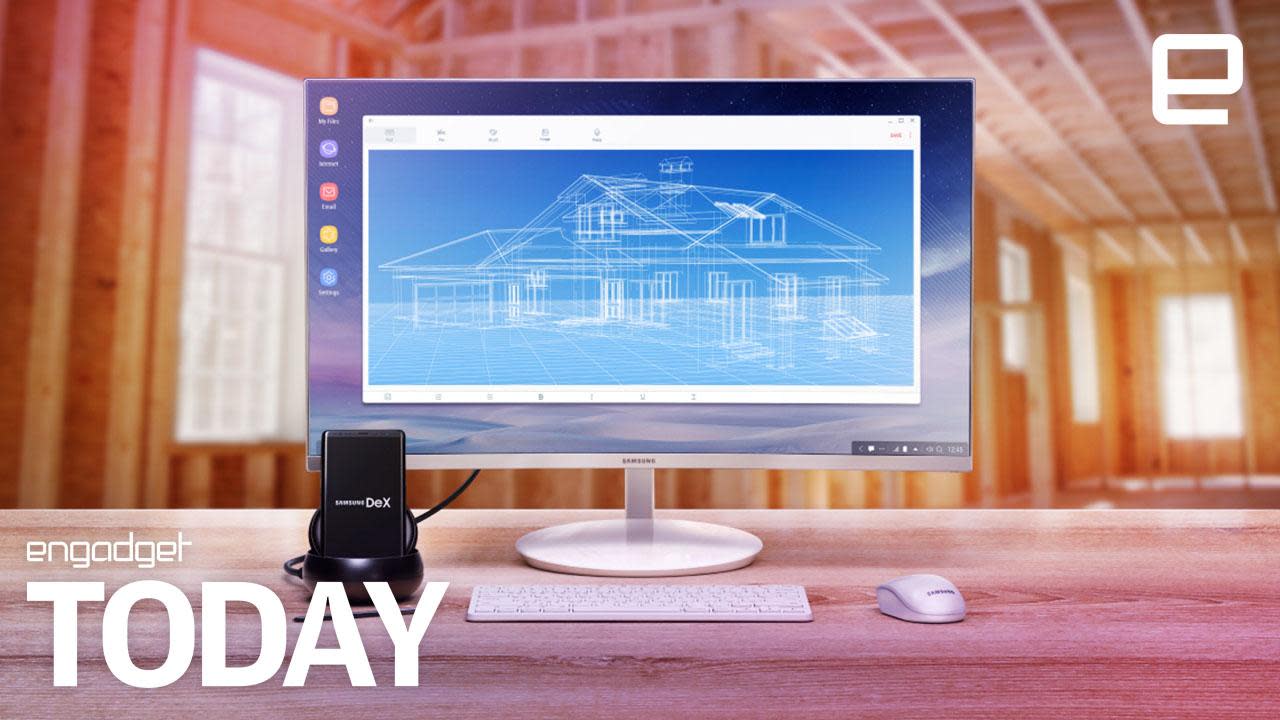 Samsung's DeX is a clever way to turn your phone into a desktop computer. However, there's one overriding problem: you probably don't have a good reason to use it instead of a PC. And Samsung is trying to fix that. It's unveiling Linux on Galaxy, an app-based offering that (surprise) lets you run Linux distributions on your phone. Ostensibly, it's aimed at developers who want to bring their work environment with them wherever they go. You could dock at a remote office knowing that your setup will be the same as usual.

It's not quite the same as your typical Ubuntu or Debian install. Linux on Galaxy launches through an app, and it's using the same kernel as Android itself in order to maintain performance. And it almost goes without saying that you'll really want a DeX setup, since most Linux apps are expecting a large screen, mouse and keyboard.

As it stands, you'll have to be patient. Linux on Galaxy isn't available right now -- you can sign up for alerts, but it's not ready for public consumption. Even so, this is good evidence that Samsung thinks of DeX as considerably more than a novelty feature. It may be a long, long while (if ever) before many people are using their phones as desktops, but Samsung is willing to gradually build up its ecosystem and eventually give you an incentive to take a second look.

In this article: android, aoloriginals, developer, dex, distro, Engadget, EngadgetToday, engadgetvideo, entertainment, gear, linux, linuxongalaxy, mobile, opensource, personal computing, personalcomputing, RobertoBaldwin, samsung, SDC2017, smartphone, software, video
All products recommended by Engadget are selected by our editorial team, independent of our parent company. Some of our stories include affiliate links. If you buy something through one of these links, we may earn an affiliate commission.