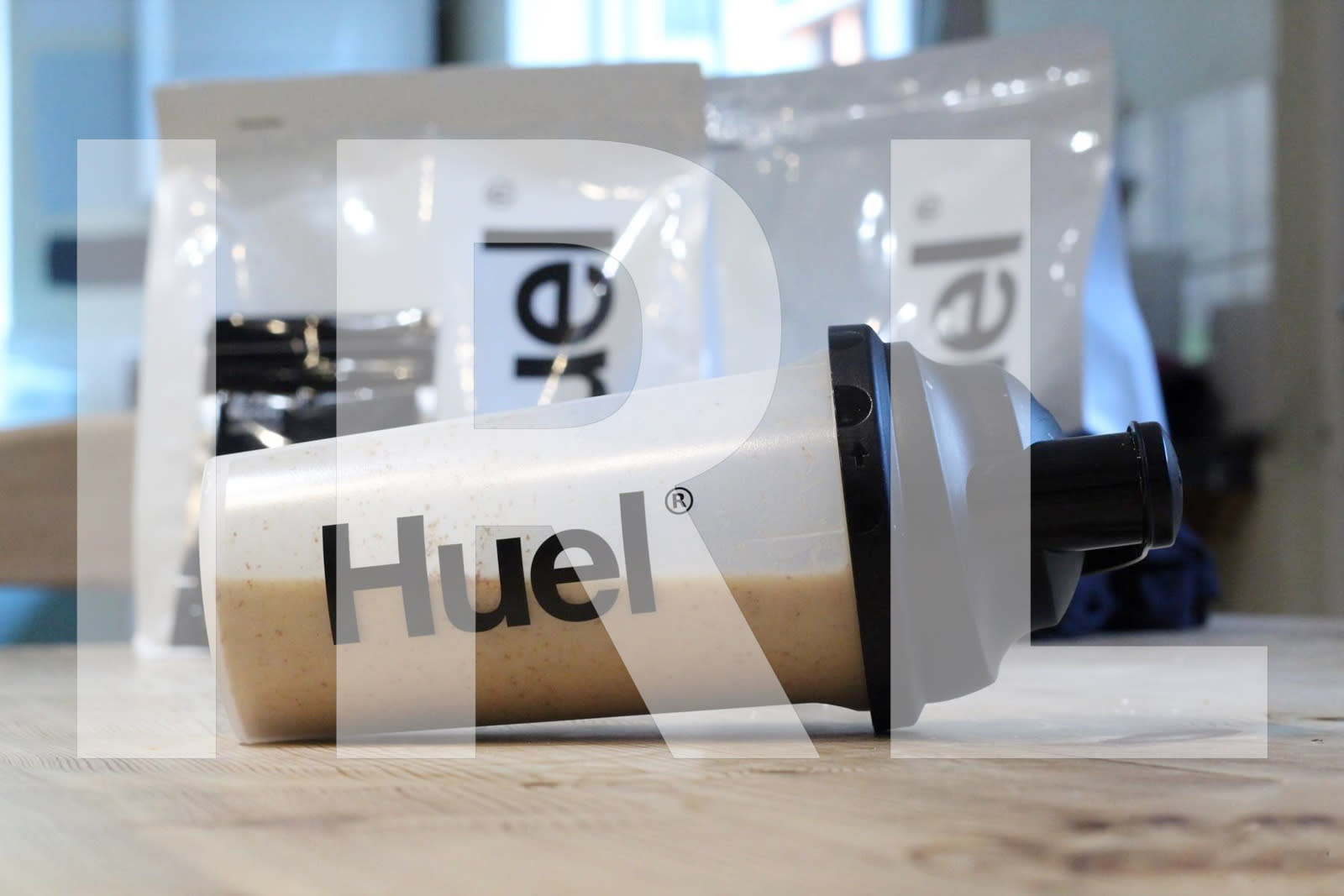 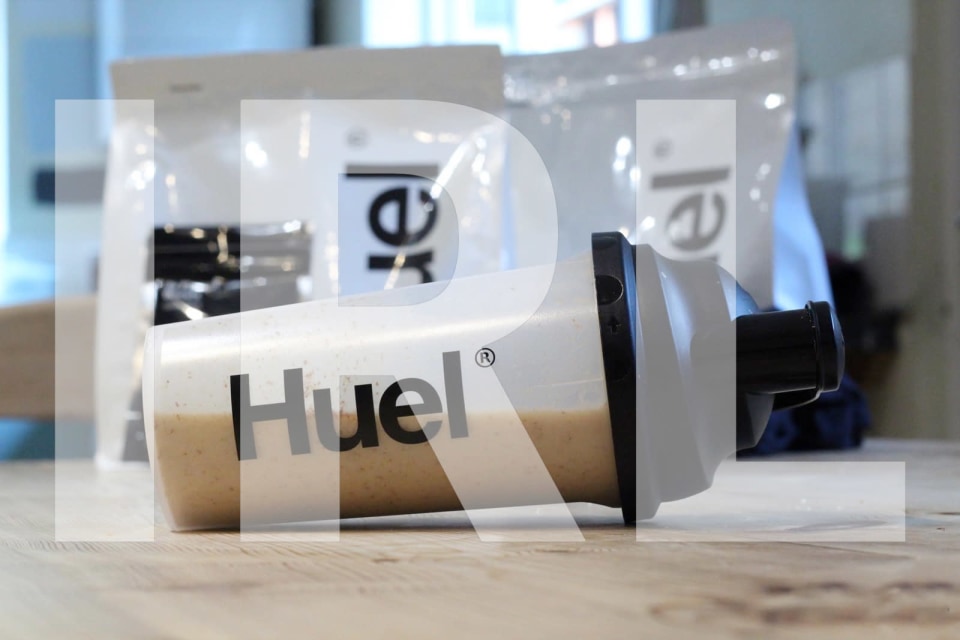 This month is a (mostly) foodie edition of IRL. Nicole Lee sings the praises of the Instant Pot, while Daniel Cooper doesn't last long on the meal-replacement system, Huel. Tim Seppala, however, is just trying to get a good night's rest. When your insides don't work as well as you'd like, you get a weird attitude towards food. Eating isn't about the sensations you feel as it goes in, but the pain you get at the, well, other end. I long stopped being able to enjoy food, because it's always a signifier of the discomfort I'm letting myself in for. It's why I held a secret hope that the new wave of meal-replacement drinks, like Soylent and Huel, would help me move beyond food.

Imagine it, no more stress about what I was going to eat, no worries about meal plans or struggling with choices before food shopping. The web and Facebook marketing followed me around the internet, suckering me into the dream of an all-natural synthesis of the chemicals I need, parceled out in the right proportion. Who needs to go to the gym four times a week when I can slurp down the perfect food three times a day?

After several weeks of research, I spent £45 on a Huel starter kit with a pair of 1.8-kilo pouches, a shaker and a branded t-shirt. Huel is the British equivalent of Soylent, marketing itself as a "nutritionally complete food," that packs the daily recommended amounts of "all 26 essential vitamins and minerals." It seemed like the ideal vehicle on which I could begin my journey to become a post-food human.

I cleaned out my kitchen cupboards to prevent backsliding and began on a Monday, with everything planned out. I read up on many others' stories, saying that novices should blend their Huel with ice cubes to make it taste more like a frappuccino than a diet drink. The first taste wasn't too bad actually, and Huel is more like a vanilla milkshake that's been made with water and oats rather than ice cream.

The problem came on the second sip, when you suddenly become aware of just how much sucralose is in the mix. The artificial sweetener isn't great at the best of times, but there's just way too much in the Huel to make the experience enjoyable. I could feel the material coat both my teeth and the inside of my mouth, each layer of sickly-sweet sediment building up with every fresh mouthful. I tried to force myself on, to keep choking down this increasingly-unpleasant mush.

And after two hours trying to finish my breakfast, my mind started to think about the impending arrival of my lunchtime meal. The beaker was still half-full, and it was then that the dry heaves kicked in, knowing that I had thought it was possible to live on this stuff.

Suffice to say, by lunchtime I'd made an emergency run to my local store to find some real, solid food. The sticky sensation inside my mouth subsided after about three days and lots of toothbrushing. And the rest of the Huel is sitting in a cupboard as I decide whether to sling it on Facebook Marketplace or give it another go. For the past few years now, I've had my eye on the Instant Pot, a multipurpose kitchen appliance that has gained a cult following on the internet. This all-in-one wonder promises to replace a rice cooker, a slow cooker, a pressure cooker and you can even use it to steam and saute foods. Some enterprising folks have even made cakes and yogurt in this thing. It is just that versatile.

But because I already had a slow cooker and a stovetop pressure cooker, I held off on getting it for a long time. Then a few months ago, Instant Pot unveiled a new model called the Instant Pot Ultra, which just looks way nicer and sleeker than previous versions. Instead of using old-fashioned buttons for controls, it has a stainless steel knob that you rotate and push. Plus, it has a new Ultra mode, which is a sous-vide-type function that promises to keep foods at a certain temperature for hours on end. The Ultra's modern design (I'm a sucker for looks) and additional sous-vide function won me over.

The Instant Pot's Keep Warm function also means that I can put stuff in the pot, cook it, and it'll still be warm when I get home hours later. This latter function means that I don't really need a slow cooker anymore either. In fact, the Instant Pot has completely replaced the slow cooker for me. Who needs to cook pulled pork for 16 hours in a slow cooker when you can have the same thing in just 90 minutes?

What I love the most about the Instant Pot though, is that it makes healthy cooking so much easier. I can make hard boiled eggs in five minutes, which are great for quick breakfasts or snacks. I can make quick healthy soups in just ten minutes, or braised kale and carrots in seven minutes. Making homemade stock takes about an hour, but that's way faster than the all-day cook time it usually takes. And because I know what's going in all my foods, I can control the amount of salt, sugar and fat.

I've lost about ten or so pounds now, which of course is mostly due to cutting out sugar and eating more vegetables, but I swear having an Instant Pot really helped. It made home cooking faster and more convenient than going out to a restaurant, and it's sometimes tastier, too. Who needs to go out for fast food, when you can have "fast food" at home?

I've been using Sleep Cycle for the past year or so for a few reasons. One, I have sleep apnea, which means unless I sleep on my stomach I snore a lot and routinely start and stop breathing while I'm off in dreamland. Sure, I have my eyes closed, but I don't wake up feeling rested and refreshed. The other reason is because I'm genuinely pretty bad at waking up without an alarm. The app's main conceit is that it uses your iPhone's mic to monitor your breathing to gauge where you are in a sleep cycle (hence the name) and will wake you up at the most optimal time. You can set it on your bed and use the accelerometer for tracking as well. So, if I set an alarm for 8AM, it'll wake me up between 7:30AM and 8, depending on my breathing.

For that, it works incredibly well. I switched from working an overnight shift for almost four years here at Engadget to normal-people hours back in April, and it's been instrumental in helping me rise when the sun does. What drew me to the app was that it was free (although there was a premium option for advanced features like syncing data), and that I didn't need to don (or buy) an activity tracker to get the baseline functionality. I also love that I can snooze an alarm by reaching over to my nightstand and blindly tap on my phone while half-asleep. Now, I'm awake before my alarm goes off more often than not.

The app combines sleep info with weather data, location information and the amount of steps I take each day to give a comprehensive view of the various factors that might affect my slumber. It'll even track time spent snoring. I sleep better at home when it's raining, for example. For a budding quantified data geek, I thought the app was great. Then something happened.

Early in the year, all of the features aside from nightly sleep tracking, were locked behind the premium paywall. That means I can no longer look at personal sleep-trend graphs and see how my shuteye quality has changed over time, or how much my exercise or lack thereof is impacting my sleep. I can still view a summary of each night's sleep quality (which I still don't fully understand; nights where I've slept horribly have gotten me 100 percent ratings), but I can't see how that compares to a year ago unless I want to pony up an annual $24.

I'm still using the app, but since I know my data is locked away, I'm not as worried if I stumble to bed and forget to activate it. Now, the main reason I use Sleep Cycle is because it automatically puts my phone in Do Not Disturb mode when the tracker is active -- which isn't really the point of the app. Of course, there are other sleep apps available, but I don't feel like paying quite that much for them and I'm a creature of habit.

In this article: entertainment, food and drink, food-and-drink, foodanddrink, gadgetirl, gear, hardwareirl, huel, InstantPot, instantpotultra, internet, irl, newirl, services, thebuyersguide
All products recommended by Engadget are selected by our editorial team, independent of our parent company. Some of our stories include affiliate links. If you buy something through one of these links, we may earn an affiliate commission.