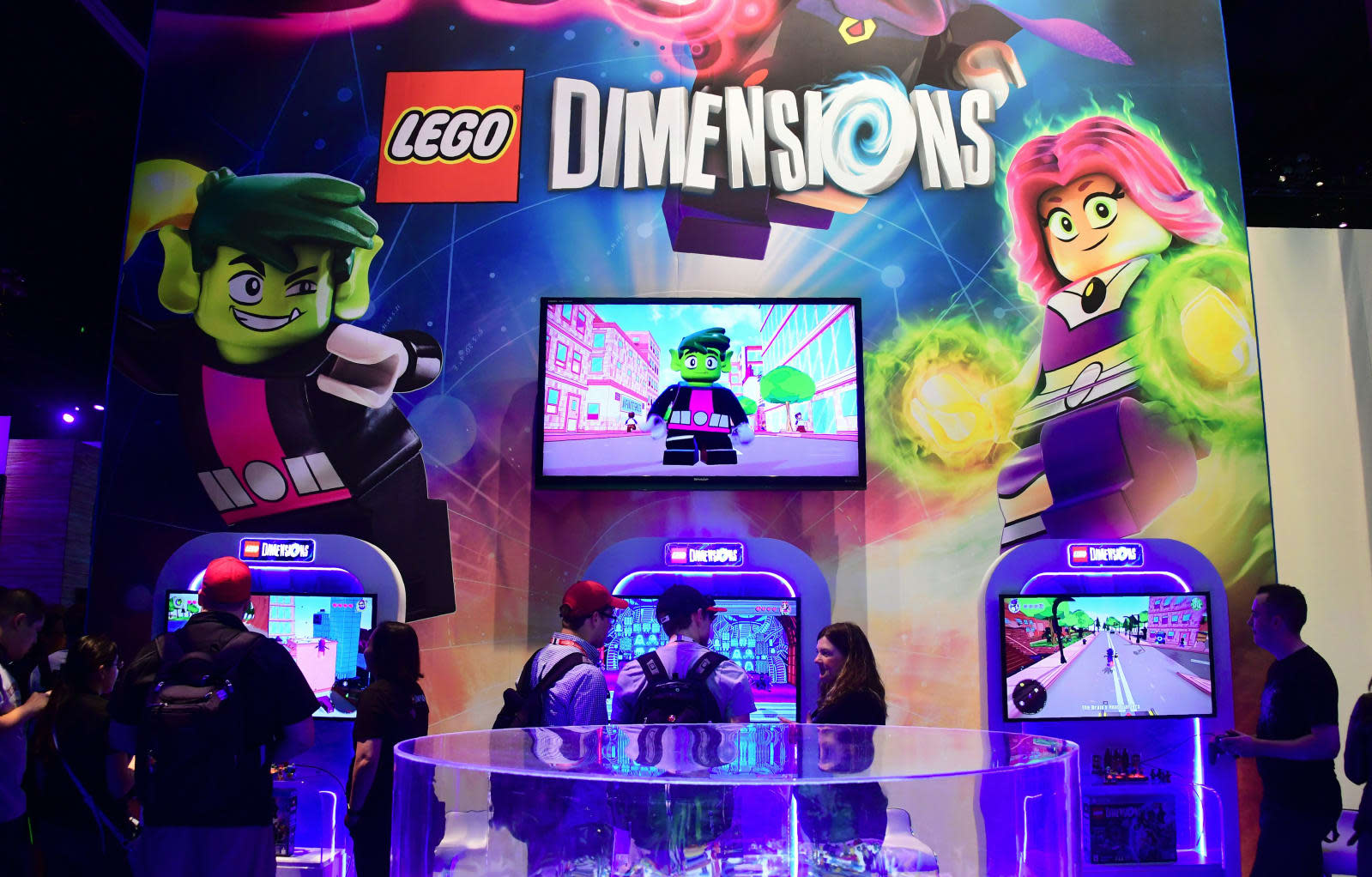 Chalk up another casualty in the decline of collectible-based video games: Lego, Warner Bros. and TT Games have stopped producing new expansions for Lego Dimensions. They'll continue to sell existing expansion packs, and servers will continue to run, but there won't be any new toys or gameplay. The companies didn't explain the move in the announcement tweet beyond saying it came after "careful consideration." We've asked if they can elaborate and will let you know if there's more they can say on the record.

Off the record, though, it's another story. Eurogamer understands that Dimensions is winding down earlier than expected (it was originally meant to have a three-year strategy) due to lackluster performance and the very nature of the toys themselves. Lego sets are expensive to make compared to rival toys, especially in specialized sets like this, and the packs had to be sold at razor-thin profit margins to remain at a competitive price. If a set didn't sell, it was a costly mistake -- and that magnified problems less-than-stellar sales, which were a serious problem in year two. An overemphasis on the Ghostbusters tie-in and the overall dip in toy-based games led to disappointing sales.

Reportedly, plans scaled back quickly after that. The creators shelved year three, and even dropped plans for a year two "finale" pack that would have wrapped up the story in place of a brand new year. There had even been plans at TT Games to make a camera that scanned Lego creations to reproduce them in-game, but it never ventured beyond the prototype stage.

On top of these revelations, you could add that Dimensions may be the victim of the Guitar Hero effect, where an attempt to milk every last drop from a toy-based game franchise ends up killing it. When there's an overcrowded market with a seemingly never-ending stream of new games and expansion packs, you're bound to see customers burn out and companies struggle to compete. There are only so many expansion packs that parents are willing to buy for one game, never mind additional games. Simply put, Lego might not have stood much of a chance with families that already had boxes full of Skylanders toys.

From building and rebuilding to the most bricktacular mash-ups, the Multiverse would be nothing without our amazing community. Thank you. pic.twitter.com/NEDbBXqjyZ

In this article: av, games, gaming, lego, legodimensions, toys, ttgames, videogames, warnerbrosinteractiveentertainment
All products recommended by Engadget are selected by our editorial team, independent of our parent company. Some of our stories include affiliate links. If you buy something through one of these links, we may earn an affiliate commission.