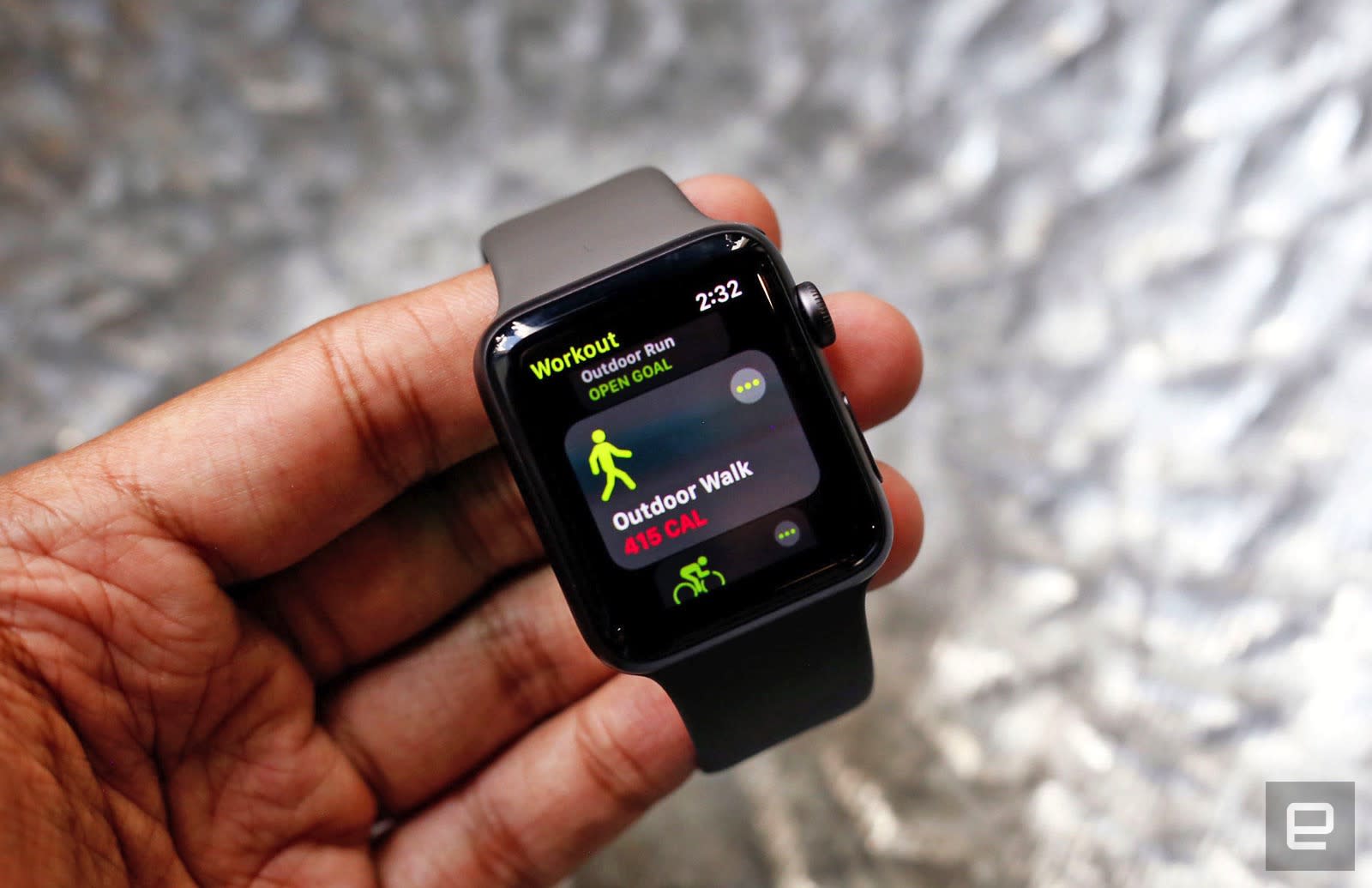 You might have heard of insurers discounting the Apple Watch before, but never quite like this. John Hancock is offering all its Vitality life insurance policy holders (including newcomers) an Apple Watch Series 3 for $25 so long as they use it and remain active. Specifically, you have to exercise enough to earn "Vitality Points" that lower or eliminate the monthly installments you'd otherwise be paying. Accrue 500 points per month for 2 years and the smartwatch is yours for no extra cost. That's potentially a big bargain, especially if you're paying for basic coverage -- John Hancock previously offered the not-quite-free wristwear solely to people with policies worth $2 million or more.

The expansion isn't coming out of nowhere. Roughly half of everyone who got an Apple Watch in the more limited program was active enough to avoid paying more, Senior VP Brooks Tingle told CNBC. And when there was a 20 percent increase in activity with the program, it only made sense to widen its reach to every customer. And if you're an Android user or just don't care about having a full-fledged smartwatch, you can get a free Fitbit device instead.

There are certainly concerns about programs like this. Your insurer isn't really tracking your every move, but you're still sharing some of your health data in order to get a discount. Also, there are worries that this hurts anyone who doesn't have the time, money or basic ability to work out. John Hancock says it's transparent about the possibility of paying, but that could still mean a rude surprise if you're injured or become a mother during the 2-year period. This is mainly about reducing health problems for people who are relatively well-off and don't anticipate any upheavals in their lives.

In this article: apple, applewatch, fitness, gear, health, insurance, johnhancock, lifeinsurance, mobile, smartwatch, wearables
All products recommended by Engadget are selected by our editorial team, independent of our parent company. Some of our stories include affiliate links. If you buy something through one of these links, we may earn an affiliate commission.