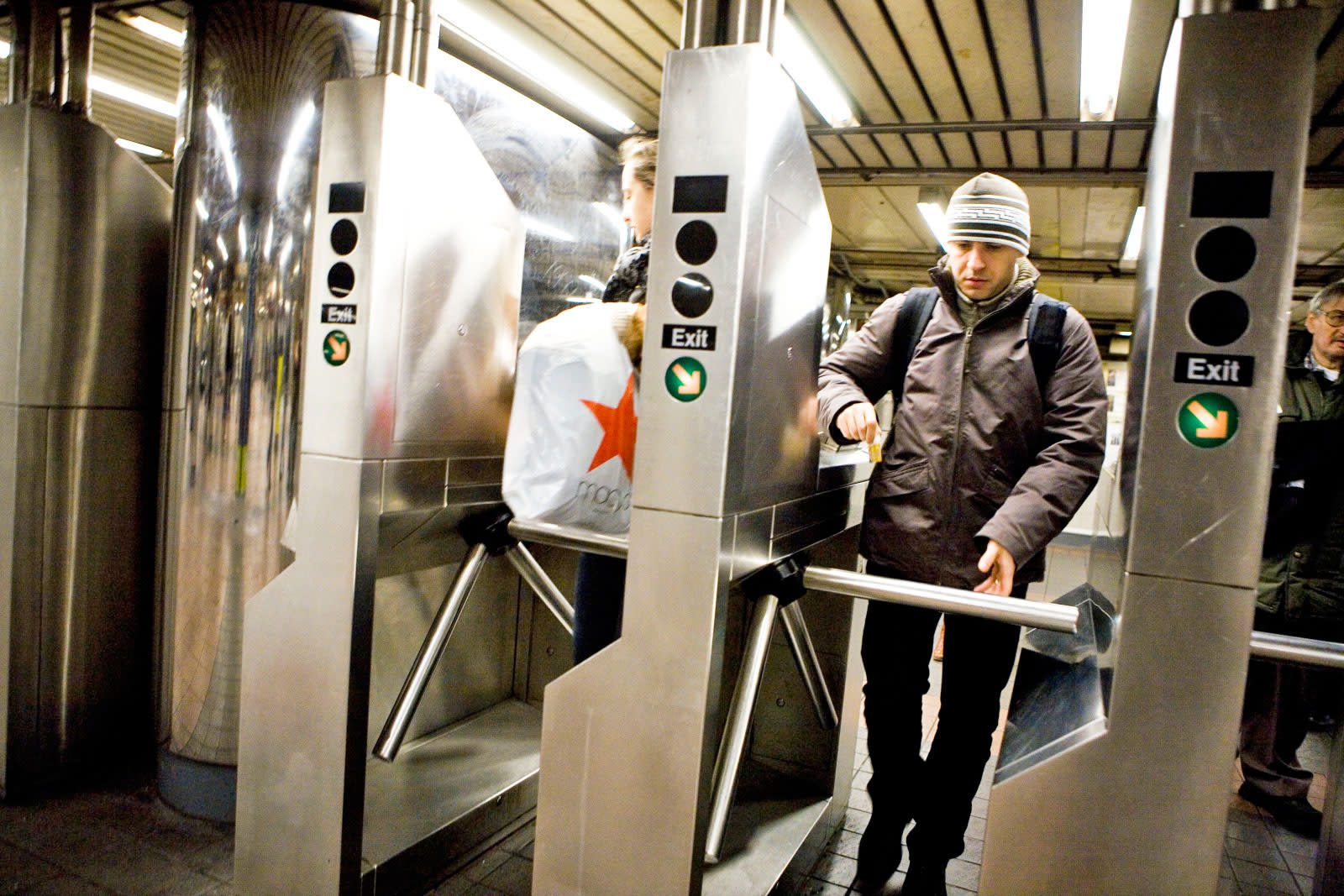 New York City's plan to modernize its mass transit payments is getting underway... although you definitely won't want to chuck your MetroCard any time soon. The Metropolitan Transportation Authority is greenlighting a hefty $573 million contract that will install NFC-equipped fare systems across NYC. The plan should start installing readers in 600 buses and 500 subway turnstiles starting in late 2018, so you may tap your phone or card sooner than you might have thought (there was talk of a rollout in 2021). The rollout won't reach every corner of the city (plus Long Island Rail Road and Metro-North trains) until late 2020, though, so it won't be consistently convenient for a while.

MetroCards will continue to work through 2023, so don't worry about rushing to replace your phone or bank cards. The new system shouldn't be picky about payment types, either, so you can expect Android Pay, Apple Pay and Samsung Pay (among others) to function just as well while you're scrambling to catch your ride to work.

The city is late to the party when it comes to tap-to-ride systems -- just ask the Londoners who've been using one for years. However, its introduction could speed up (or at least cement) the adoption of NFC in the US. When roughly 6 million people are riding the NYC subway every day, that's a lot of people who'll eventually need to tap cards and phones on a daily basis. If tap-to-pay doesn't become ubiquitous in the US in the near future, that 2023 MetroCard cutoff might just finish the job.

In this article: bus, gear, masstransit, metrocard, MetropolitanTransportationAuthority, mta, newyorkcity, nfc, nyc, PublicTransportation, subway, transportation
All products recommended by Engadget are selected by our editorial team, independent of our parent company. Some of our stories include affiliate links. If you buy something through one of these links, we may earn an affiliate commission.
Share
Tweet
Share