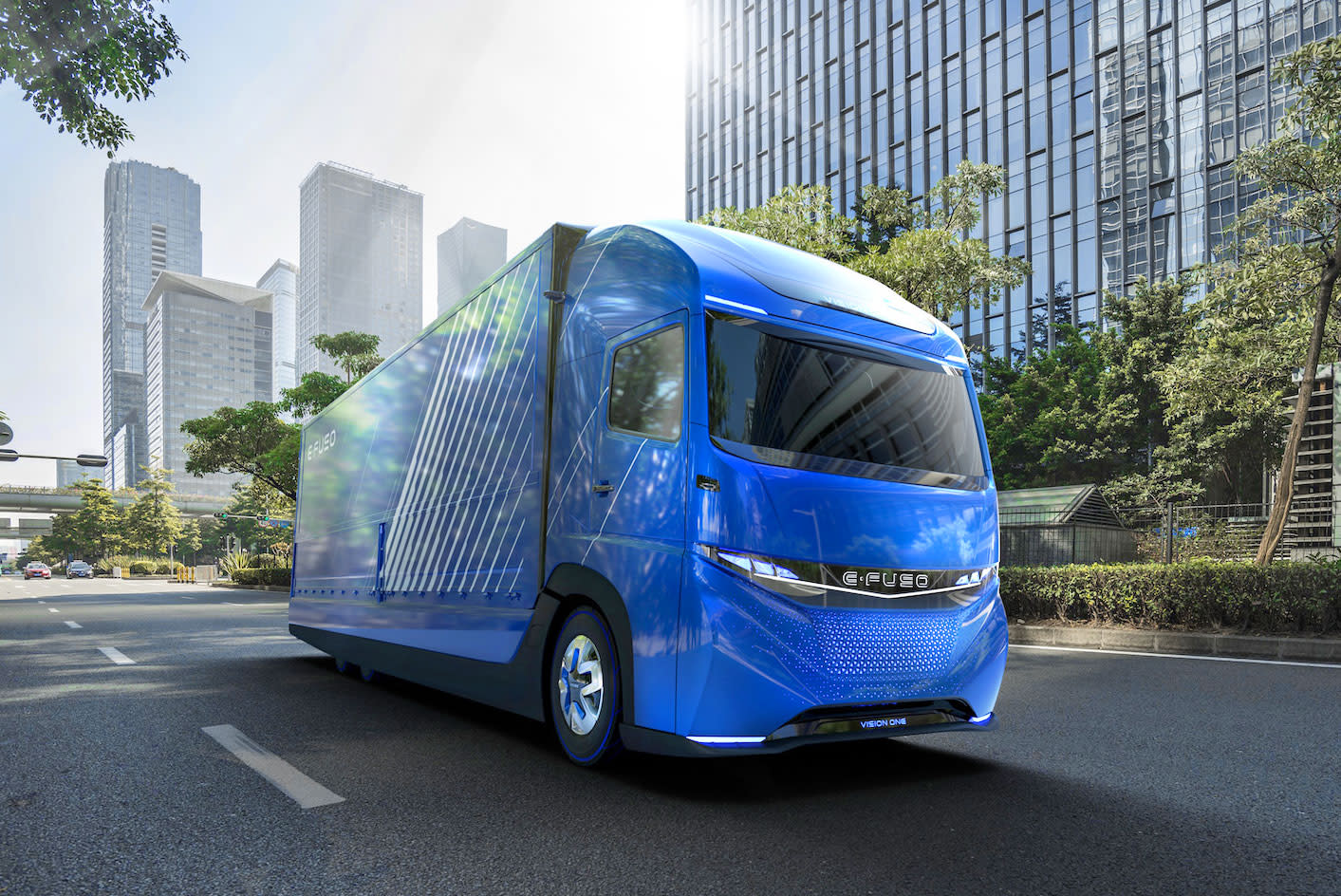 We've known for a while that Tesla was set to unveil its electric truck this fall; it's currently set for November 16th, after a few delays. But Daimler AG has stolen its thunder by announcing a new heavy-duty electric truck today, another indication that Daimler is increasingly seeing Tesla as one of its main rivals.

The truck is called the E-Fuso Vision One. Bloomberg reports that it can carry up to 11 tons a distance of 220 miles before it needs a recharge. This model is just a prototype, but the company says it can have the truck on sale within four years in the US, Japan and Europe. It's ideal for shorter trips between cities, rather than cross-country hauling.

Tesla was set to unveil its truck tomorrow, October 26th, but the company delayed the announcement because of Model 3 production issues. It's worth mentioning that even that date was delayed, as the original reveal was targeted for September. You can bet that Elon Musk is not thrilled with Daimler AG today.

In this article: daimler, electrictruck, ev, transportation
All products recommended by Engadget are selected by our editorial team, independent of our parent company. Some of our stories include affiliate links. If you buy something through one of these links, we may earn an affiliate commission.