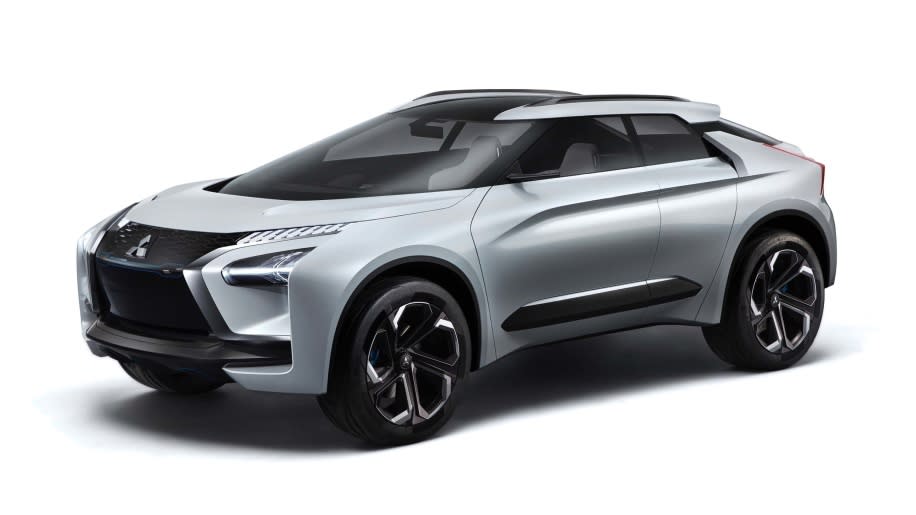 Honda has been rolling out EV concept cars to test the waters, first a throwback boxy coupe, then the debut yesterday of a sporty two-door vehicle with subtle AI assistance. Today, Mitsubishi followed suit with its own new crossover concept, the e-Evolution. If that name sounds familiar, you're on the right track: They've transitioned the iconic Lancer Evo sedan into an electric four-wheel-drive cross-country vehicle.

Shifting a vehicle line to a more agile crossover seems like an admission that it can't compete in the sport sedan space, Autoblog wrote. Instead, the e-Evolution emphasizes road performance: It has Mitsubishi's Super All-Wheel Control for traction while integrating artificial intelligence with external sensors to read external conditions and adjust the vehicle to the driver's actions. A huge flatscreen takes up the whole dashboard, displaying "outside conditions, navigation and coaching information," according to Mitsubishi's press release.

As with most concept vehicles, it's unclear if or when the e-Evolution will be available to consumers. But plugging in all of tomorrow's automotive technologies under the aegis of Mitsubishi's most recognizable model in a transformed SUV is a clear direction for the company's strategy.

In this article: crossover, ElectricVehicle, ev, lancerevolution, mitsubishi, mitsubishievolution, suv, transportation
All products recommended by Engadget are selected by our editorial team, independent of our parent company. Some of our stories include affiliate links. If you buy something through one of these links, we may earn an affiliate commission.