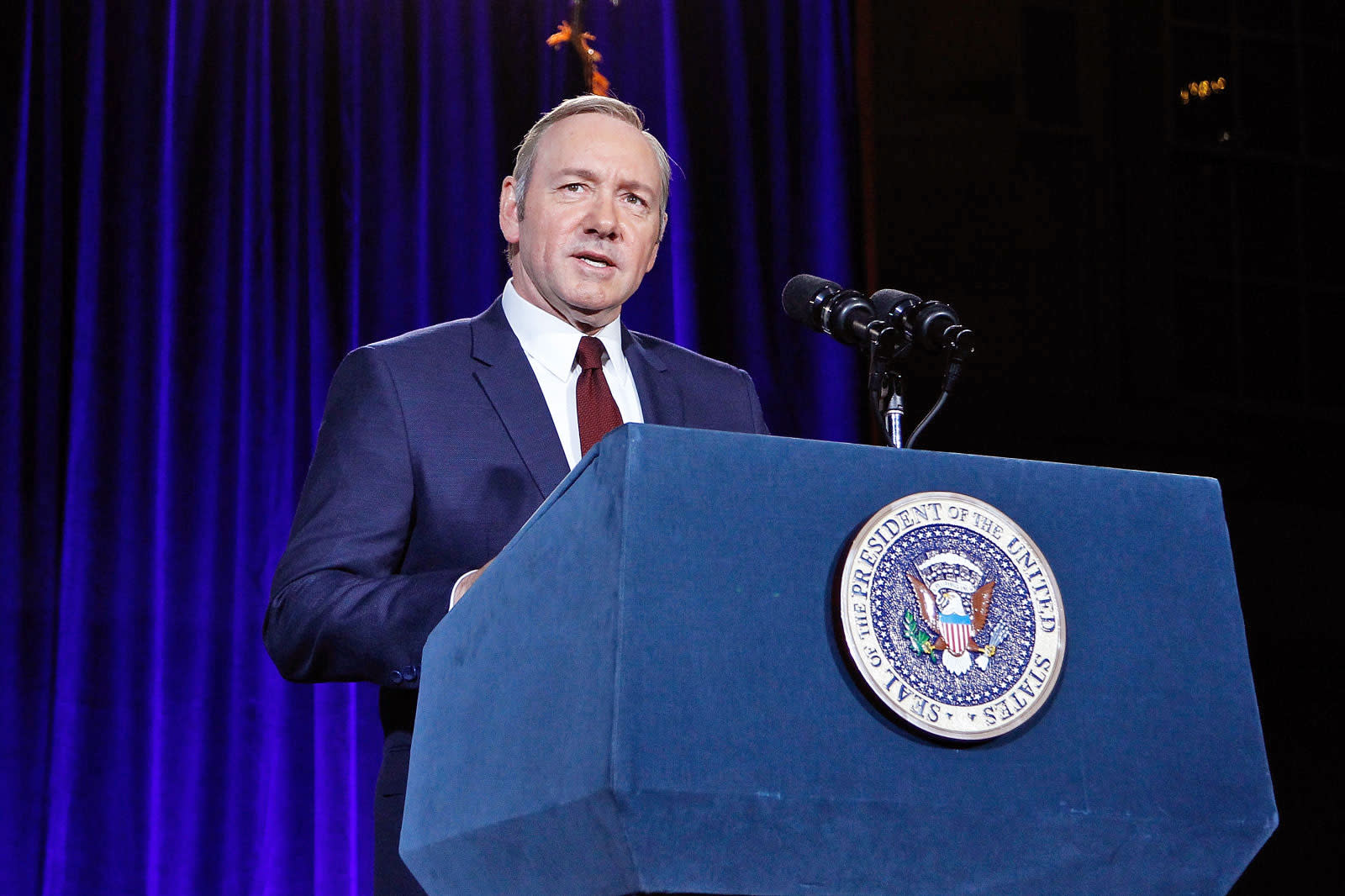 Netflix has long used House of Cards as its tentpole show, but that could soon come to an end... and the timing couldn't be more uncanny. Variety, Deadline and Hollywood Reporter have learned that Netflix will end the political drama with its sixth season. The show was already expected to wrap up relatively soon (the end was in the works for a long time), but it comes just as Star Trek: Discovery actor Anthony Rapp alleged that Kevin Spacey sexually assaulted him in 1986. While Spacey has since issued a pseudo-apology (he says he doesn't remember the incident), this really doesn't help matters -- Deadline sources even assert that Spacey's Gore Vidal biopic might be cancelled in the wake of the scandal.

When we asked Netflix for a statement (below), it said it was "deeply troubled" by Rapp's allegations and met with the cast and crew to reassure them that they're safe. Spacey isn't on set "at this time," it said. The company has previously tried to distance itself from scandal, claiming that it didn't have much connection with The Weinstein Company amid sexual assault allegations involving Harvey Weinstein, but it's clearly tackling the issue of sexual assault more directly this time.

No matter what, Netflix is in an awkward position. Although House of Cards isn't as important to the company's bottom line as it was a few years ago, it's still one of Netflix's best-known shows -- cancelling the series isn't a trivial decision, whatever the reason, and ending it with a looming scandal makes things much worse. Rapp's claims are far more important than any kind of hit to Netflix's bank account, of course, but it's hard not to wince seeing a once-crucial show fall from grace.

"Media Rights Capital and Netflix are deeply troubled by last night's news concerning Kevin Spacey. In response to last night's revelations, executives from both of our companies arrived in Baltimore this afternoon to meet with our cast and crew to ensure that they continue to feel safe and supported. As previously scheduled, Kevin Spacey is not working on set at this time."

In this article: av, entertainment, houseofcards, internet, kevinspacey, netflix, services, streaming, television, tv
All products recommended by Engadget are selected by our editorial team, independent of our parent company. Some of our stories include affiliate links. If you buy something through one of these links, we may earn an affiliate commission.